Chair  David Halen is living a dream that began as a youth the first time he saw the Saint Louis Symphony Orchestra perform in Warrensburg, Missouri. Born in Bellevue, Ohio, he didn’t have to look far for his musical influences: his father, the late Walter J. Halen, was also his violin professor at Central Missouri State University; his mother, a former member of the Kansas City Symphony; and his older brother, the Acting Concertmaster of the Houston Symphony Orchestra. Mr. Halen began playing the violin at the age of six, and earned his bachelor’s degree at the age of 19. In that same year, he won the Music Teachers National Association Competition and was granted a Fulbright scholarship for study with Wolfgang Marschner at the Freiburg Hochschule für Musik in Germany, the youngest recipient ever to have been honored with this prestigious award. In addition, Mr. Halen holds a master’s degree from the University of Illinois at Champaign-Urbana, studying with Sergiu Luca.  Mr. Halen served as Assistant Concertmaster with the Houston Symphony Orchestra under Sergiu Comissiona and Christoph Eschenbach until 1991. He then came to St. Louis, where he was permanently named Concertmaster in September 1995, without audition, by the Orchestra, and with the endorsement of then Music Directors Leonard Slatkin and Hans Vonk. He has soloed with the orchestra in much of the major concerti in the violin repertoire. In addition, he has soloed with the Houston, San Francisco and West German Radio (Cologne) symphonies.  During the summer he teaches and performs extensively, serving as Concertmaster at the Aspen Music Festival and School under David Zinman. He has also soloed, taught and served as Concertmaster extensively at the Orford Arts Centre in Quebec, the Manhattan School of Music, Indiana University, the National Orchestra Institute at the University of Maryland, the Academy of the West in Santa Barbara, and the New World Symphony in Miami Beach. In 2007 he was appointed Distinguished Visiting Artist at Yale University, and at the new Robert Mcduffie Center for Strings at Mercer University in Macon Georgia.  As cofounder and artistic director of the Innsbrook Institute, Mr. Halen coordinates a weeklong festival, in June, of exciting musical performances and an enclave for aspiring artists. In August, he is artistic director of the Missouri River Festival of the Arts in Boonville, Missouri. His numerous accolades include the 2002 St. Louis Arts and Entertainment Award for Excellence, and an honorary doctorate from Central Missouri State University and from the University of Missouri-Saint Louis.  Mr. Halen plays on a 1753 Giovanni Battista Guadagnini violin, made in Milan, Italy. He is married to Korean-born soprano Miran Cha Halen and has a 12-year-old son.
Congratulations David from the Class of 73 Warrensburg High School, we are very proud of your accomplishments. 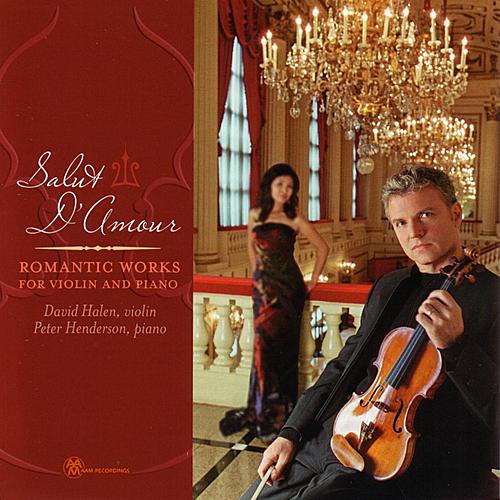