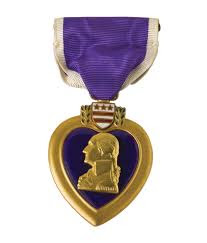 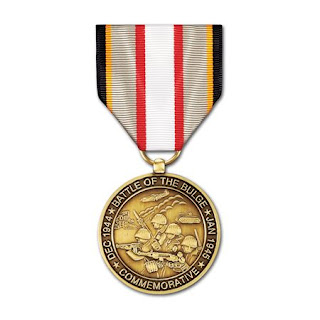 WARRENSBURG, Mo.--Wayne Lewis Cleveland, 87, Warrensburg, died Saturday, April 16, 2011 at Country Club Care Center here.
He was born April 22, 1923, in Randolph, S.D., the first of three children, to Lloyd and Frances (Miesen) Cleveland. He married Anna M. White, of Conde, S.D. March 28, 1951.
Wayne was raised on a farm near Conde and later in town. He told many stories about the dust storms of the “Dirty Thirties”. He attended Northern State Teachers College in Aberdeen, S.D., for two years and was then inducted into the Army June 25, 1943. After attending the Army specialized training program, he was assigned to the 99th Infantry Division and fought in the Battle of the Bulge and other campaigns. He was wounded at the bridge in Remagen, Germany, and was discharged after eight months of hospitalization on Oct. 5, 1945.
Wayne returned to Northern State and graduated with a bachelor of science in education degree, with a major in chemistry and minors in math and physical education. He taught and coached in Eureka, S.D., and at Conde High School, where he was also the principal.
He completed his master of arts degree at the University of South Dakota in Vermillion in 1952, majoring in school administration and psychology. He then taught for three years in Springfield, Ore., while attending graduate school at the University of Oregon.

In 1955 Wayne, Anna and family returned to Conde and purchased a grocery store they called “Cleveland’s U-Save.” He became superintendent of schools in Conde in 1956. They returned to Vermillion in 1961, where he taught part-time and studied for an education doctorate at the University of South Dakota. He majored in school administration and educational psychology and obtained his degree in 1963.


The Cleveland family moved to Warrensburg, Mo.,in 1963, where Wayne joined the staff of Central Missouri State College as director of testing in the Testing and Research Bureau. In 1966, he was appointed Chairman of the Department of Teacher Education, a position he held for eleven years.
He retired in 1989, and continued supervising student teachers in the field for several years. Wayne was an avid golfer and repaired and fabricated custom golf clubs for many years.
He was a member of the Veterans of Foreign Wars and the American Legion Donald A. Lewis Post 149 in Conde, SD. He was an active member of the Matthews-Crawford Post 131 in Warrensburg for many years and served on the Honor Guard. He enjoyed going to schools with other veterans and sharing his experiences of WWII. He was an active member of the Sacred Heart Catholic Church and served terms on the Parish Council.
He is survived by his wife Anna of the home and six children; Greg Cleveland and wife Shirley of Warrensburg, Cynthia Cunningham and husband Michael of Georgetown, Texas, Lisa Swisher and husband Rick of Warrensburg, Camille Murphy and husband Michael of Pflugerville, Texas, Jonathan Cleveland and Michael Delia of West Roxbury, Mass., and Janelle Sellman and husband John of Warrensburg.
Wayne often expressed pride in his family and particularly that all of his children completed college. Also surviving is his sister, Alys Snyder of Warrensburg; nine grandchildren and three great-grandchildren; Chris Murphy of San Antonio, Texas, Stephanie Swisher-Long, husband George Long and daughter Addison of Warrensburg, Doug Swisher of Independence, Mo.,, Ashley (Cleveland) Howard and husband Zac of Laredo, Texas, Ross Cleveland of Savannah, Ga., Hanna (Sellman) Derritt, husband Nathan and daughters Madelyn and Aaliyah, of Warrensburg, Lauren (Sellman) Gutierrez and husband Alex of Sedalia, Joshua Sellman of Warrensburg and Leanne Sellman of Warrensburg.
Wayne was preceded in death by his parents and brother, Gerald (Bud) Cleveland.
A celebration of mass was held sy 10 a.m. Wednesday, April 20, 2011, at Sacred Heart Catholic Church with the Rev. James Urbanic officiating. Interment will follow in the Missouri State Veterans Cemetery in Higginsville with military honors by Warrensburg Veterans of Foreign Wars, Post #2513 and American Legion, Post #131.
Pallbearers will be Chris Murphy, Doug Swisher, Ross Cleveland, Joshua Sellman, George Long, Nathan Derritt and Alex Gutierrez.
Honorary pallbearers will be Wayne’s “Poker Group,” Bill Thompson, Bob Pierce, Guy Griggs, Perry McCandless, Jerry Miller, Bob Semonisck and John Morehead.
The family will receive friends from 6 to 8 p.m. Tuesday at Williams Funeral Chapel in Warrensburg.
In lieu of flowers, memorial contributions are suggested to Wayne L. and Anna M. Cleveland Scholarship Fund at University of Central Missouri.
Online condolences may be left at www.williamsfuneralchapel.net

The Classes of 73 UHS/CHS and Warrensburg High offer their prayers and condolences to Wayne's family and friends.
Read more: http://www.legacy.com/obituaries/kansascity/obituary.aspx?n=wayne-l-cleveland&pid=150387758#ixzz1Jso2hfvk


Wayne Cleveland, 87, I/394, Warrensburg MO, died April 16, 2011. He attended Northern State Teachers College at Aberdeen SD, for two years, then was inducted into the U.S. Army in 1943. After attending the Army Specialized Training Program, he was assigned to the 99th. He was wounded at the Remagen Bridge crossing, and was discharged after eight months of hospitalization. After the war, he continued his education and taught and coached high school sports, served as a principal and superintendent, then taught at the college level for 25 years. He enjoyed 99th reunions and battlefield tours. He is survived by his wife, Anna; six children; nine grandchildren; and three great-grandchildren.

Link to "Battle Babies" The Story of the 99th Infantry Division

The Remagen Bridge A Key to Victory in Europe


This is one of a series of G.I. Stories of the Ground, Air and Service Forces in the European Theater of Operations, issued by the Orientation Branch, Information and Education Division, ETOUSA... Major General Walter E. Lauer, commanding the 99th Infantry Division, lent his cooperation, and basic material was supplied by his staff.


HIS booklet recounts briefly the highlights of the 99th Infantry Division in combat. Our division has established an enviable record as a fighting team and has taught the German to fear the wearer of the "Checkerboard". All of us—officers and men of the 99th Division—can be proud of our record. To be a member of the 99th Division is an honor. Towards our comrades who have been left on the fields of battle, we feel most gratefully humble. Their sacrifice shall be our ever constant inspiration to do our job—Now, Right, and with Steadfast Determination.
THE STORY OF THE 99th INFANTRY DIVISION