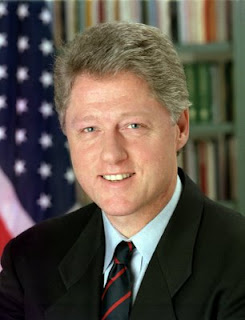 Bill Clinton to Speak at UCM Commencement May 6, 2011

WARRENSBURG, Mo.
Former President Bill Clinton will speak at the University of Central Missouri next month as he accepts an honorary doctoral degree.
The Warrensburg school says its Board of Governors approved the award at a meeting Monday. A spokesman says the two-term Democratic president has accepted the invitation to speak May 6 at
commencement exercises for graduate students.
The university says Clinton is being honored for his commitment to education and philanthropy as well as his service to the country as president. The school's announcement cites his work, through the William J. Clinton Foundation, in promoting health and economic development initiatives worldwide. Also noted are his fundraising efforts following such disasters as the Haitian earthquake, and his climate initiative that helped the university with a major project aimed at sharply cutting its energy costs. 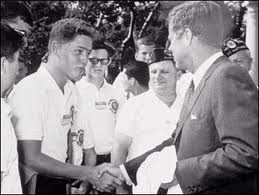 President Clinton attended Boys State in Arkansas in 1963 representing Hot Springs.  He was later selected that year as a delegate to Boys Nation in Washington, D.C.  Here he is first in line to shake hands with then President John F. Kennedy, only four months before his assassination in Dallas. This photograph is one of President Clinton's most cherished.
UCM and Warrensburg are fortunate to continue to be the Missouri Boys State hosts for the positive effect it provides its attendees each year and the wonderful exposure it brings to our University and city.