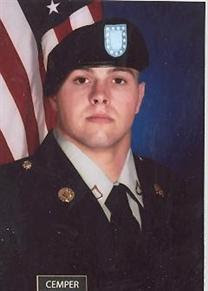 
Spc. Joseph Brian Cemper of Ft. Campbell, KY. was killed in action April 16th at Forward Operating Base Gamberi, Afghanistan. He was 21.

Born in Omaha, NE, November 15, 1989 to Eugene B. and Angela D. Cemper. Joseph joined the Army in 2009 and served with distinction in the 101st Special Troops Battalion, 101st Sustainment Brigade, 101st Airborne Division.
Joseph embodied a unique combination of character traits: leadership, charisma, humility, honor, heroism and an insatiable need to serve his country. He conducted his life and executed his duty staying true to those ideals. Those fortunate to have met Joseph may never again know a man with a bigger heart, or a more caring soul. Having paid the ultimate price in the service of his country, we take solace in the fact that he is with the Heavenly Father. Joseph's sense of duty to God and Country are evidenced by his numerous accomplishments. 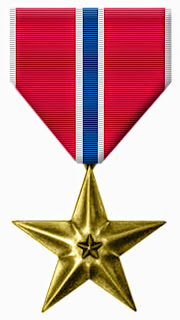 Funeral Services Friday April 29 at 11:00 am Beautiful Savior Lutheran Church, 7706 So. 96th St., LaVista, NE., Visitation Thursday April 28 at Kahler-Dolce Mortuary, 441 No. Washington St. Papillion, NE., from 1-8 pm. Interment at Cedar Dale Cemetery, Papillion, NE.,
In lieu of flowers, donations can be made to the "Memorial for SPC. Joseph Cemper to Benefit Liam J. Cemper" at any Wells Fargo Bank.
Arrangements under the direction of Kahler Dolce Mortuary, Papillion, NE.

Soldier to be Buried in Omaha Area

The family of 21-year-old Army soldier Joseph Cemper, who was killed over the weekend in Afghanistan, plans to bring his body to the Omaha area for burial.
Relatives were traveling Sunday to Dover Air Force Base in Delaware to receive his body. Details of Cemper’s death had not yet been released by the government.
Members of Nebraska’s Patriot Guard Riders will escort Cemper’s family and his remains for funeral services, said Scott Knudsen, state captain of the Patriot Guard Riders.
Cemper’s family lived in the Omaha area before moving to Warrensburg, Mo., where he went to high school. His parents are Eugene and Angie Cemper. The family still has relatives in the Omaha area.
Cemper’s high school friends received news of his death Sunday through Internet connections. “It’s terribly tragic,” said Rhonda Gelbach of Warrensburg. Her son Austin wrestled with Cemper in high school.
Rhonda Gelbach said she remembered how Cemper’s little sisters played with him in between wrestling matches, climbing on him “like he was a jungle gym.”
“And he would never, never mind them doing that,” Gelbach said. “They would be on him like glue.”
She said of Cemper’s death, “A lot of people are really devastated over it.”
Cemper recently became a father and was to be married to his high school sweetheart in June, Gelbach said.
Funeral services were pending.
Contact the writer:
402-444-1304, news@owh.com


Our thoughts and prayers go out to all of Army Specialist Joseph Cemper's family, friends and fellow soldiers of the 101st Airborne deployed in Afghanistan.
"All Give Some, Some Give All"
Class of 1973 WHS 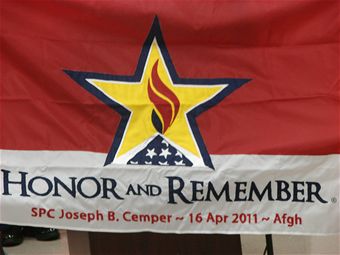 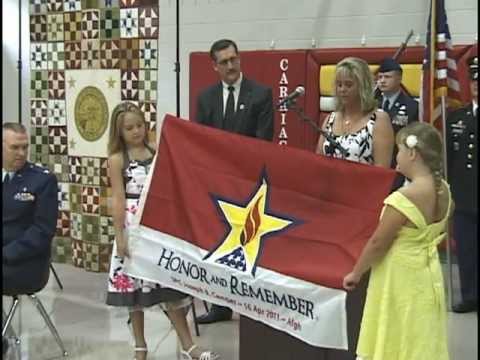 PAPILLION, Neb. — The city of Papillion will rename a street for the late Army Spec. Joseph Cemper, a native son who died last April in Afghanistan. The 21-year-old Cemper (SEHM'-pur) and four other soldiers were killed on April 16 when a man posing as an Afghan soldier detonated several grenades, killing himself as well.
Cemper grew up in Papillion, moving from Nebraska to Warrensburg, Mo., before he began high school.
Omaha television station KETV (http://bit.ly/oupjPd ) reports that a sign will soon bear his name at the corner of Rousseu Court and Parc Drive in the city south of Omaha.
A ceremony to unveil the sign will take place Friday morning at the intersection. The public is welcome to attend.
Information from: KETV-TV, http://www.ketv.com

WARRENSBURG, Mo.-- A 2008 graduate of Warrensburg High School has been killed in Afghanistan. Army Specialist Joseph Cemper, 21, was killed over the weekend.
Spc. Cemper was one of five men who died April 16 at Forward Operating Base Gamberi, Nangarhar province, Afghanistan, of wounds suffered when an Afghan National Army soldier attacked them with multiple grenades.
The Defense Department said he was assigned to the 101st Special Troops Battalion, 101st Sustainment Brigade, 101st Airborne Division, from Fort Campbell, Ky.
He had been in the Army about two years and was assigned to a combat team.
Cemper grew up in Nebraska, attending school in Papillion, before moving to Missouri.
He was a wrestler at Warrensburg High School.
Family members told an Omaha TV station Cemper was recently in the U.S., following the birth of his child, Liam, March 15. His girlfriend, Abby Lynne Wernimont, is from Warrensburg.
He had only been in Afghanistan for a few weeks.
Family members have flown to Dover, Del., to be there when his body is returned. They say Cemper wished to be laid to rest in the Omaha area

Posted: Apr 26, 2011 2:41 AMUpdated: Apr 29, 2011 2:33 AM
Shelley Russell
PAPILLION, NEB. (KPTM) - Mayor David Black encourages all Papillion residents to lower their flags half-mast on Friday in honor of a fallen soldier.
The body of 21-year old Army Specialist Joseph Cemper returned home Monday. His funeral is scheduled for Friday, April 29 at 11:00 AM. It will be held at Beautiful Savior Lutheran Church, located at 7706 South 96th Street in La Vista. Burial will immediately follow at Cedar Dale Cemetery in Papillion.
Cemper was assigned to the 101st Special Troops Battalion, 101st Sustainment Brigade, 101st Airborne Division. He was killed after an Afghan soldier attacked him with grenades, an attack that also killed ten others.
Cemper's body and his family were escorted from Eppley Airfield to Kahler Dolce Funeral Home in Papillion.
Hundreds of community members lined up along 84th Street to welcome the fallen soldier back home.
"I guess I don't know how to describe it," said Veteran Richard Gettner.
"We all signed the check. Some of us paid the ultimate price, and some of us made it home," said Gettner.
"I think it's important to be here to honor him and show respect for his family, and to show my children that we just need to support him," said Jenny Hoelscher, Papillion.
A memorial fund has been established for the Cemper family. You can donate by going to any Wells Fargo Bank and directing your donation to account number: 1330080639 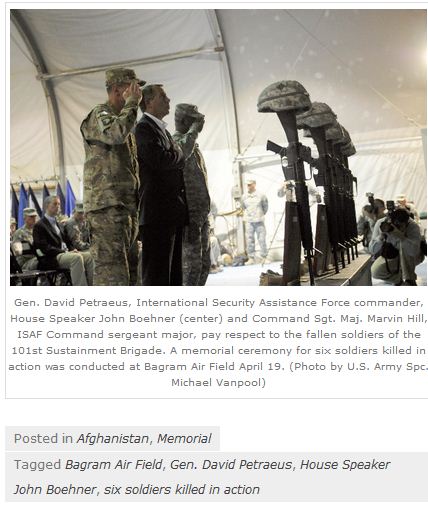 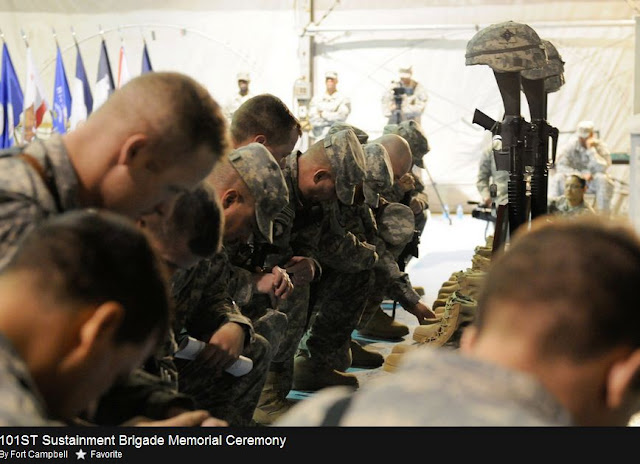 
“It’s from a children’s book, and it’s, ‘I’ll love you forever, I’ll like you for always, as long as I’m living, my baby you’ll be.’ And I’d hide it so he would find it when he got to wherever he was going.”

As a neighbor to Joseph's parents, I am deeply saddened for their loss. I pray for this family at this tragic time.

I am an American Soldier.
I am a Warrior and a member of a team.
I serve the people of the United States, and live the Army Values.
I will always place the mission first.
I will never accept defeat.
I will never quit.
I will never leave a fallen comrade.
I am disciplined, physically and mentally tough, trained and proficient in my warrior tasks and drills.
I always maintain my arms, my equipment and myself.
I am an expert and I am a professional.
I stand ready to deploy, engage, and destroy, the enemies of the United States of America in close combat.
I am a guardian of freedom and the American way of life.
I am an American Soldier.

Thank you Joseph, you mission is complete Sir!

I went to school with Joe from k-8. I will never forget his beautiful smile and his bubbly personality. GOD BLESS JOSEPH B. CEMPER. You will be missed from your friends back in Papio!

I went to high school with Joe, and I can't say how much of an impact he had on me and those around him. He was a champion of spirit and heart, living his life to the fullest and enjoying what he loved every day of his life. He will be eternally missed by all. Carry on, Joe, and may you find rest on the other side. I'll be sure to see you again when I get there.

The Warrensburg Community is grieving for all of your families. Your hearts are close to us and there is such a sense of sadness and also honor for your fallen hero. This has been very sad news in our small town-it is shocking. Joe will not be forgotten. His family will always be close to heart.
Prayers and Blessings to his loved ones.No words could offer sufficient comfort for your loss-just know that many well-wishes and much love is sent your way!