Brenda Marie Nelson, 54, originally of Warrensburg, Missouri, died Thursday, Dec. 25.
Brenda M. Nelson
Services will be held at 10 a.m. Saturday, Jan. 3, 2015, at Shiloh Missionary Baptist Church  in Warrensburg with the Rev. Terrence Moody officiating.
Internment will follow at Warrensburg Memorial Gardens.
The family will receive friends from 6 to 8 p.m. Friday, Jan. 2, 2015, at the Sweeney-Phillips & Holdren Funeral Home in Warrensburg.
She was born on March 17, 1960, to her loving parents, Herb and Beverly Nadine (Walton) Nelson. Their only child was the apple of their eye for several years, and then she was joined by her brother, Darlwin, and sister, MeShell, who completed a close family circle. Her dear mother, Beverly, died in 2012. She is survived by Herb, Darlwin, MeShell and niece, Morgan Leigh, and a host of cousins and friends.
Baptized by Reverend Ellis, Brenda was a member of the Shiloh Missionary Baptist Congregation. Brenda grew up in Warrensburg, spending much time at her Aunt JoAnn Collins’ with her cousins Sherry, Phyllis, Jackie and Gwennie, while her father worked in Kansas City and her mother worked at home as a beautician. Sherry remembers that Brenda’s spirit gave her the courage to participate in many school activities. Brenda and Lisa Irle shared “girl of the month” honors from the Business and Professional Women’s organization in 1977. A 1978 graduate of Warrensburg High School, she was in Girl Scouts, pom poms, chorus, band and swing choir. While attending UCM, she also worked as a broadcaster at KOKO radio with Marion Woods and Sen. David Pearce. Her other radio work was at KMBC Radio in Kansas City and KJLH – Steve Wonder’s station in L.A.
In the early 1980s, Brenda moved to Kansas City, Mo., and took the city by storm. Beautiful inside and out, she found work as an artist and fashion model, appearing several times in paintings and in photo essays in the Kansas City Star. One photograph even found its way to the book jacket of Jewell Parker Rhodes’ “Voodoo Dreams” from St. Martin’s Press, inspiring a meeting of Brenda with the author at a local book signing. An actress, she performed with the Late Night Theatre Troupe in several plays including one of their first musicals — “Voodoo Annie.” She was a featured extra in musical scenes in Robert Altman’s movie, “Kansas City.” 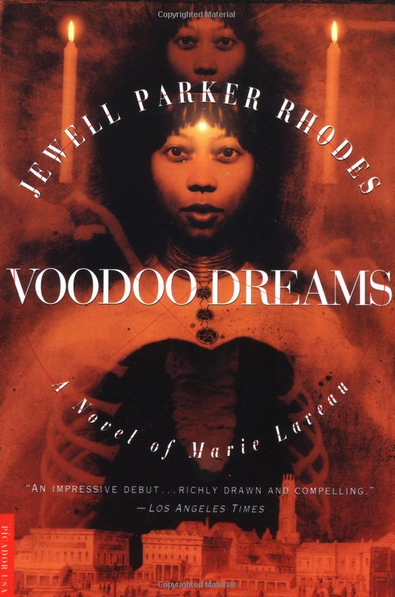 Brenda aced the classes at MTTI and had been a working licensed massage therapist for five years. Then, after many years working in the fine dining world, Brenda formed a partnership with Eddie Osborne and the two of them had been running Cafe’ Thyme at Powell Gardens for two years. The year 2014 was filled with nature’s beauty and bounty and she loved arriving early at the gardens to pick produce for the day’s specials. She really enjoyed creating her soups, casseroles, desserts and infused waters. The patrons of the café enjoyed a lovingly created lunch. During the past year, she had been asked to demonstrate her techniques at the Harvest Garden there.
Brenda had many friends and she enjoyed art, traveling, dancing and music of all kinds. She moved a number of times, living in midtown and downtown KC. It seemed wherever Brenda moved, that was the next up-and-coming neighborhood. She was rarely far from the excitement. Social media was made for this wonderful woman. Her Friday jokes became an institution, and she enjoyed posting photos, especially of friends, to Instagram and Facebook. Our dear daughter, sister, friend, a shining star has moved to heaven.
Memorial contributions are suggested to the Beverly Nelson Scholarship Fund and can be left in care of the funeral home.