The first cob pipes were not made in Franklin county. Mo., but at Warrensburg, Missouri.

Fritz Tibbs, a German cabinetmaker, who resided in Warrensburg in the early" seventies (1870s), used to whittle them out with a jackknife. . He afterward moved to Washington, Franklin county, where he engaged with his brother in the manufacture of cob pipes and became wealthy.—Warrensburg (Mo.) Standard-Herald. 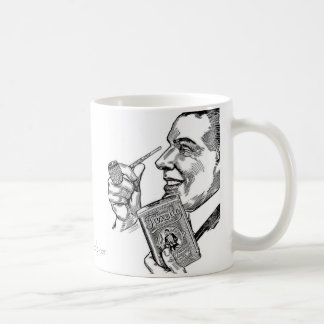 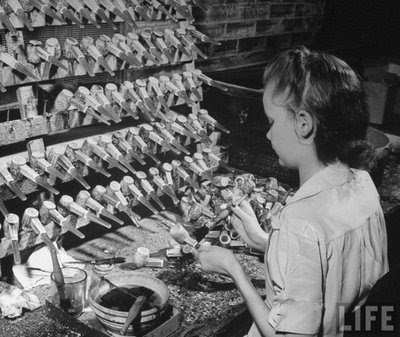 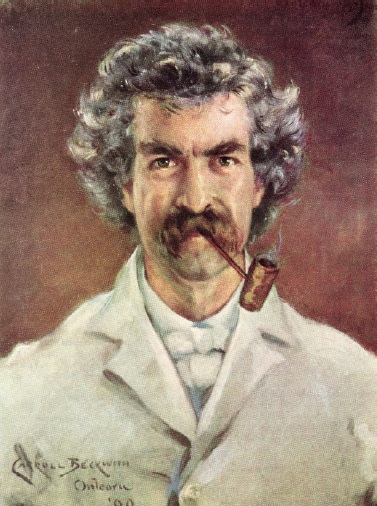 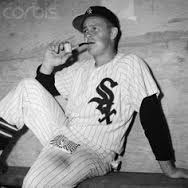 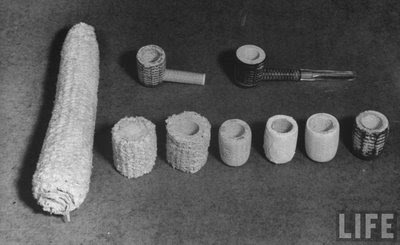 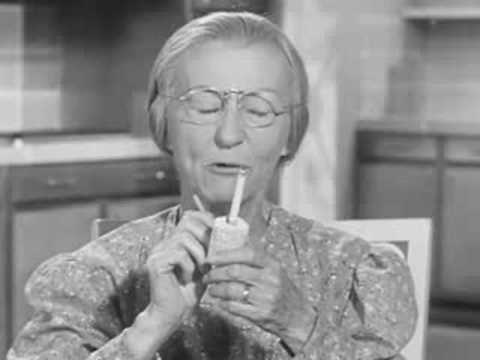 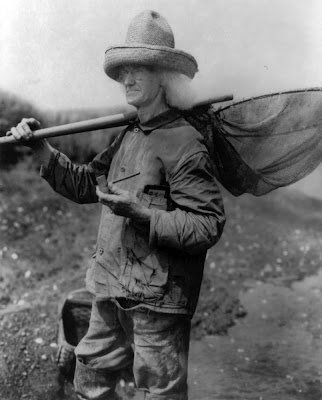 I recently read an article in Pipes Magazine titled Corn Cob Pipes - Almost 150 Years Old and 3,000 Produced per Day. It's a pretty good article and the video is not to be missed, but the title got me to wondering: Just how old are corn cob pipes? While it's true that the Missouri Meerschaum company has been making an improved version of the corn cob pipe since 1869, they must have been around before that. A quick walk around Google Books confirms this.

While I couldn't find anything printed in the 18th century with the phrase "corn cob pipe," I did find a 19th century publication that reports a man smoking one, just after the American Revolution, the story also may be the origin of one Hollywood's favorite movie-western clichés:

All slept save the sentinels, and one of the party who was not inclined to sleep, tired as he was, Andrew Jackson by name. This young gentleman sat on the ground, with his back against a tree, smoking a corn-cob pipe, for an hour after his companions had sunk into sleep; whether because he enjoyed his pipe, or suspected danger, tradition saith not. About ten o'clock, as he was beginning to doze, he fell to observing the various notes of the owls that were hooting in the forest round him. A remarkable country this for owls, he thought, as ho was falling asleep. Just then, an owl that he had heard at a considerable distance, startled him by setting up a louder hoot than usual nearer the camp. Something peculiar in the note struck his attention. In an instant he was the widest awake man in Tennessee. All his mind was in his ears, and his ears were intent on the hooting of the owls. He grasped his rifle, and crept cautiously to where his friend Searcy was sleeping, and woke him.

"Searcy," said Jackson, "raise your head and make no noise."
"What's the matter ?" asked Searcy.
"The owls-listen-there-there again. Isn't that a little too natural?"
"Do you think so ?" asked Searcy.
"I know it," replied Jackson. "There are Indians all around us. I have heard them in every direction. They mean to attack before daybreak."
Another book on Jackson has him smoking his corn cob pipe in the Whitehouse:
The old General was silent for several minutes. The scene was in front of the great fireplace in the private sitting-room of the White House; after dinner. The long-stemmed corn-cob pipe was in evidence. The General gazed into the fire and meditated a long time. Then he refilled his pipe and lighted it anew. It was the pipe of peace.
And here's another: ... he ascended to the President's private quarters and found General Jackson unshaved, unkempt, in his dressing-gown, with his slippered feet on the fender before a blazing wood fire, smoking a corn-cob pipe of the old Southern school.
The "old Southern School?" That certainly indicates that corn cob pipes had been long known in the United States. Indeed, I think my title may be misleading, corn cob pipes may be prehistoric, or at least pre-Columbian, as suggested by the Proceedings of the American Antiquarian Society (1911), One of the arts transferred from the Indians to the early settlers was the making of mats, etc., out of corn-husks, and perhaps the corn-cob pipe has a similar origin. After all, Native Americans had tobacco and corn long before the rest of the world. It appears that the corn cob pipe may have been invented by that greatest inventor of all time: Anonymous.
Though the past remains murky, the future of pipe smoking isn't looking bright at all. I'll leave the last word to Orville Henry Leonard, who wrote in 1917 (echoing Dunbar), "I sing not the song of the cigarette nor the fragrant Cuban leaf, but the song of the Missouri Meerschaum - the good old corn-cob pipe. ... A non-smoker has prophesied that in some awful years, a smoker will be a Pariah, a hermit shunned and scorned and forced to live far from his kind, whom the fumes of his pipe can never reach. Now be that day far distant, long after my day is sped, though I know a place far, far from men in a clean and empty desert land, where with my corn-cob pipe alight and atop a lonely mountain peak, I may play volcano to desire's topmost bent."