1863-1865 Civil War Killed and Deserted in and around Warrensburg, Holden & Death of Bloody Bill Anderson

1st Regiment State Militia Cavalry
Organized in Missouri at large February 3 to April 9, 1862. Companies "A" and "B" in Davies County, Company "C" in Sullivan County, "D" in Putnam County, "E" in Gentry County, "F" in Linn County, "H" in De-Kalb County, "I" in Harrison County and "K" in Lundy County. Company "L" organized in Andrew and Buchanan Counties and attached May, 1863. Company "M" organized in Worth and Gentry Counties and attached July, 1863. Regiment attached to District of Central Missouri, Dept. of Missouri, to July, 1863. District of the Border, Dept. of Missouri, to January, 1864. District of Central Missouri, Dept. of Missouri, to July, 1865. Headquarters at Lexington until March, 1863. (4 Cos. at Sedalia, Mo., November, 1862, to April, 1863.) At independence until April, 1863. At Harrisonville until May, 1863. At Warrensburg until June, 1863. At Lexington until October, 1863. At Warrensburg until July, 1865, operating against Cash's, Davis', Kirk's, Merrick's, Marchbank's, Ballou's, Porter's, Poindexter's, Quantrell's and Cockrell's guerrillas.


Following is a list of those enrolled in Company M that were killed, died of disease or deserted. 1863-64. It was copied from individual index cards found at the archives in Jefferson City:
Name (Age) Enrolled-Where/Mustered in-Where (Disposition)

On 11 June, 1864, a detachment of Company M, First Missouri State Militia, left Holden, Missouri for a Scout in the Kingsville area. The detachment consisted of Corporal Joseph Parman and 14 enlisted men. They left at 9 A.M. and were to return the next day. They found nothing the first day and spent the night near the farm of Nancy Longacre. The Longacre family was a large one and nearly all of the men were either in the Confederate Army or with Quantrill's Guerrillas. Two of the Longacre men, a father and son, had been murdered by Kansas Troops.
They had just started out the next morning when they were overtaken by a large body of Guerrillas, led by Col. Richard Yeager and Capt. Bill Anderson. Twelve of the Federal Soldiers were killed. It appeared that at least four had surrendered, then were executed. One was scalped.
The Federals arrested Nancy Longacre and her 14 year old daughter, Martha (Mattie) and accused them of giving the Guerrillas information on the location of the Federal Troops. They were imprisoned in St. Louis and specifically asked if they had given the Guerrillas information about Parman and his squad. Of course, they denied any contact with Guerrillas. and were eventually released. 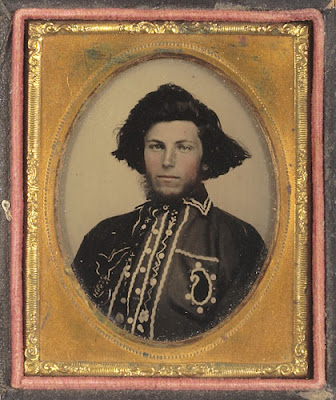 Writing to a newspaper in July, 1864, Anderson explained his rationale for becoming a bandit:


"I commenced at the first of this war to fight for my country, not to steal from it.  I have chosen guerrilla warfare to revenge myself for wrings that could not honorably avenged otherwise.  I lived in Kansas when the war commenced.  Because I would not fight the people of Missouri, my native state, the Yankees sought my life, but failed to get me.  Revenged themselves by murdering my father, destroying all my property, and have since that time murdered one of my sisters and kept the other two in jail twelve months." 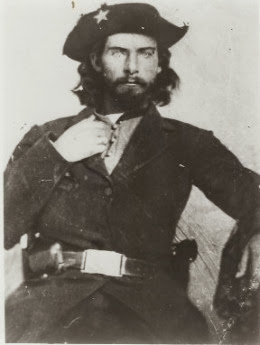 Anderson earned the nickname "Bloody Bill" about this time in reference to the increasingly barbaric practices of Anderson's company.  Federal soldiers and Unionists were always killed when captured and their bodies were frequently mutilated by decapitation, scalping, or castration.  Scalps were hung from their bridles and it is said that William kept a silk cord in which he tied a knot for every Yankee he killed. The Death of Bloody Bill Anderson
Bill Anderson and a large portion of his men made their way to Ray County, where, on the 27th of October, 1864, just one month after the slaughter at Centralia, Anderson was killed in a fight near the little village of Albany, some ten or twelve miles southwest of Richmond. On the day previous, Lieutenant-Colonel S. P. Cox, of the Thirty-third Enrolled Missouri Militia, then of Richmond, learning Where Anderson was, made a forced march to encounter him. About a mile northeast of Albany he came in contact with his pickets and drove them through the village into the woods beyond.
Here Colonel Cox dismounted his men, threw an infantry force into the forest, and sent forward a cavalry advance, who soon engaged Anderson's guerrillas, and fell back, whereupon Anderson and his men, about 300 strong, raised the Indian yell and came in full speed upon Cox's lines, shooting and yelling all the while. Anderson and one of his men, supposed to have been Captain Rains, son of General James S. Rains, charged through the lines.
In this charge Anderson was killed, falling some fifty steps in Cox's rear, having received a ball in the side of the head. Rains made his escape, and their forces retreated at full speed, being completely routed. Cox's cavalry pursued some two miles, rinding the road stained with blood. Cox had four men wounded, but none killed. The troops of the command consisted of a portion of the Fifty-first Regiment Enrolled Missouri Militia under command of Major Grimes, and a portion of the Thirty-third Enrolled Missouri Militia, from Daviess and Caldwell counties. 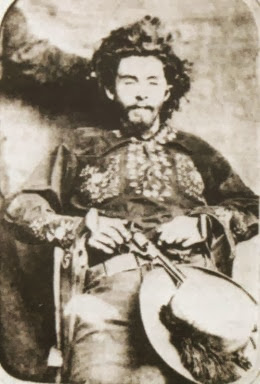 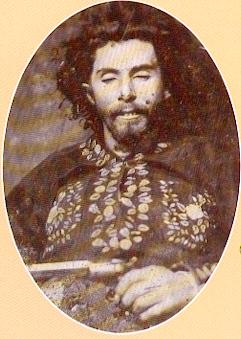 Upon the body of the Anderson was found $300 in gold, $150 in Treasury notes, six revolvers and several orders from General Price.
The following are two of these orders:
[Special Order.]
Headquarters Army of Missouri,
Boonville, October 11, 1864.
Captain Anderson, with his command, will at once proceed to the North side of the Missouri River, and
permanently destroy the North Missouri Railroad, going as far east as practicable. He will report his operations at least every two days.
By order of Major-General Price.
Maclean, Lieutenant-Colonel, and A. A. G."
October 16, 1864.

To Officer in charge of Ferryboat:
Captain Anderson, with his command, will be crossed to the other side of the river, after which the ferryboat will await orders on this side.
By order of Major-General Price,
Maclean, Lieutenant-Colonel, and A. A. G.


Dangling from both sides of the bridle of Anderson's saddle horse were several scalps of human heads. Anderson was buried in the old cemetery north of Richmond (Orrick) and his remains yet repose there. The bridle of his horse contained numerous scalps and among the his possessions was a silk cord with 53 knots. His remains were taken to Richmond, Missouri, where the body was posed with a pistol and photographed. He was then decapitated and his head was placed on a telegraph pole outside town while the rest of his body was dragged through the streets.
Bloody Bill Anderson Gravesite 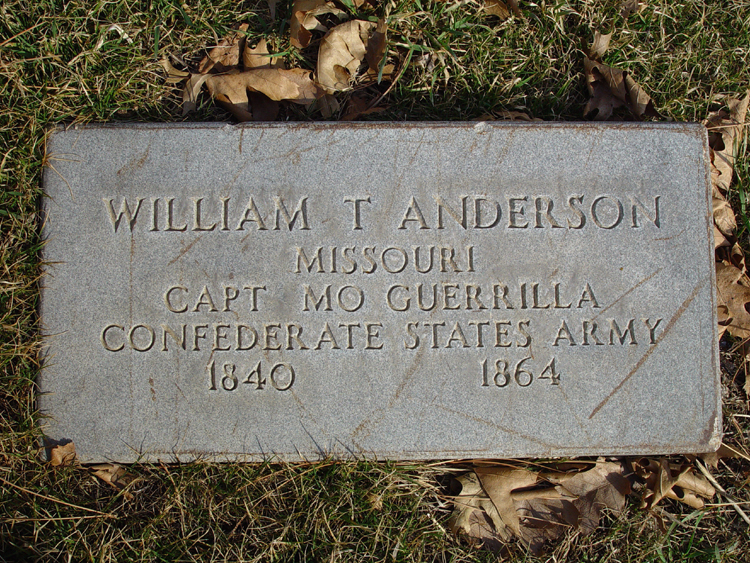