Sedalia, August 28, 1863. General: I have the honor to report that the scout sent to Johnson County on the 25th instant, under command of Captain R. L. Ferguson. Company B, Seventh Missouri State Militia Cavalry, returned last night, having traveled 120 miles. Captain Ferguson reports that, on the evening of the 26th, he came upon a body of 30 rebels at the head of Clear Fork, in Johnson County, and attacked them immediately, killing 3 and wounding several severely.

The rebels fled precipitately, and were pursued by Lieut. G. W. McGuire, of same company, with a small detachment, some 5 or 6 miles. The conduct of this officer deserves the highest commendation. He pressed closely upon the rear of the enemy, and having 22 shots, fired them all, killing 3 of the enemy and wounding 2 or 3, including the leader of the band. He was often far ahead of his soldiers, and, though receiving two shots from pistols and one from a shot-gun in his coat, he pressed on, and fired so rapidly and accurately as to stampede the enemy every time he halted for fight. We captured 7 or 8 horses, 6 or 7 guns, some blankets, etc., without any loss to our side. The scout sent to La Fayette has also returned, being unable to discover any trace of the enemy. After the 31st (day of muster) I will again move on the enemy.
Very respectfully, your obedient servant,
JNO. F. PHILIPS,
Colonel Seventh Missouri State Militia Cavalry.
General E. B. Brown,
Comdg. Central District of Missouri, Jefferson City, Mo. 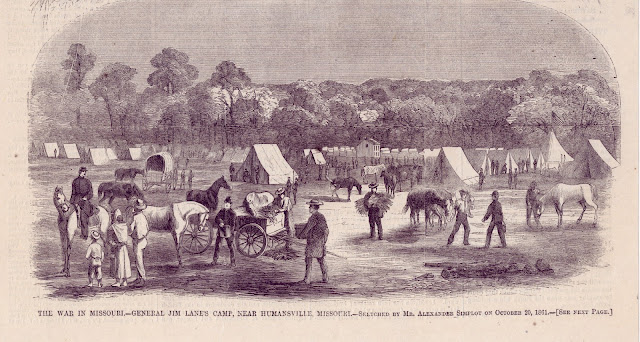 Missouri had 1,162 military actions, the third highest number, after Virginia and Tennessee. Of that number, only two--Wilson's Creek (August 10, 1861) and Westport (October 23, 1864)-- are considered battles. The remaining incidents were primarily skirmishes.
Missouri had over a dozen state militia organizations during the Civil War. The primary in-state defensive and offensive military forces were the Enrolled Missouri Militia (EMM) and Missouri State Militia (MSM). The EMM was solely state force, primarily mobilized as needed, but plagued with accusations of both disloyalty and excessive zealotry. The MSM was a state force authorized and subsidized by the federal government. It was a full-time force and was primarily occupied in battling guerrilla forces throughout the war.
The Missouri forces that fought east of the Mississippi River were primarily members of the Missouri Volunteers, or volunteers in federal service from Missouri (although the Union forces killed at the Battle of Centralia were recruits for the 39th Regiment Infantry, Missouri Volunteers). The Missouri Volunteers consisted of 56 regiments, infantry, 16 cavalry, 2 artillery, and one engineer regiments, as well as numerous independent companies, batteries, and battalions.
Missouri contributed a huge number of its men to both sides of the Civil War. Over 109,000 men enlisted and fought for the Union and at least 30,000 men fought for the Confederacy. This represents almost 60 percent of men of military age and places Missouri first among the states in proportion to the population.
Missouri Regiments History 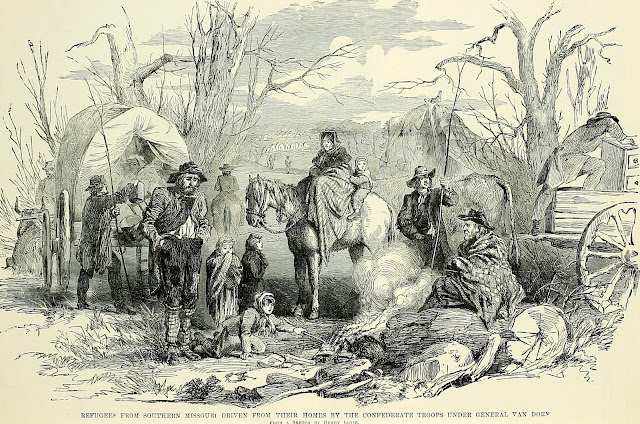