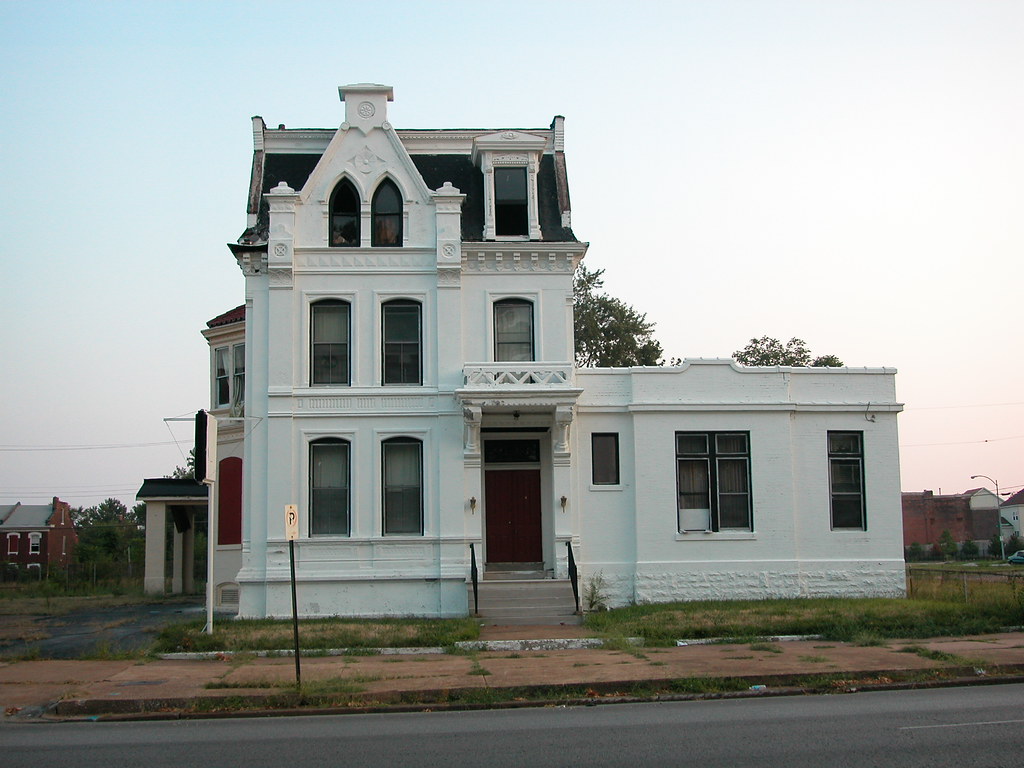 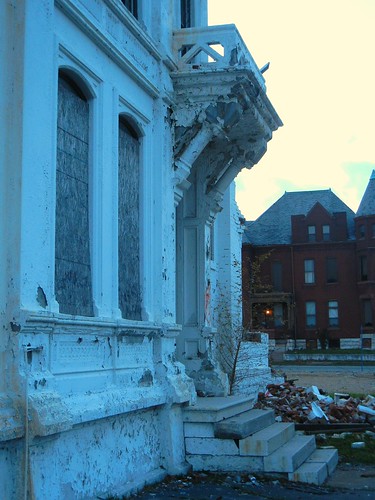 The entrance to the Winkelman House features unusual angled columns.

The stone of the front elevation appears to be Warrensburg blue-gray sandstone obtained from either the Pickel or Bruce quarries which both opened near Warrensburg, Missouri in 1867. The excellent condition of the stone suggests that it came from deep in the quarry where the finest grained stone was located. The stone was cut by the Pickel Cut Stone Company of St. Louis, and exhibits a level of relief and quality rare among remaining examples of Warrensburg sandstone-faced buildings. Warrensburg stone was used widely throughout the region, including on the Arkansas State Capitol. Houses around St. Louis Place Park generally used native limestone, including stone quarries by the Sheehan brothers on the south side of the 2200 block of St. Louis Avenue until the late 1880s. However many homes in the neighborhood made use of the soft blue-gray sandstone, including an Italianate residence at 1927 St. Louis Avenue (1879) that the city demolished in 2011.