Thanks to Peggy Nuckles for this story!

Paul Harding was only 44 when he was killed by a train in 1947.  Before that he was the owner and manager of the Sunrise Seed and Feed Store in Warrensburg. 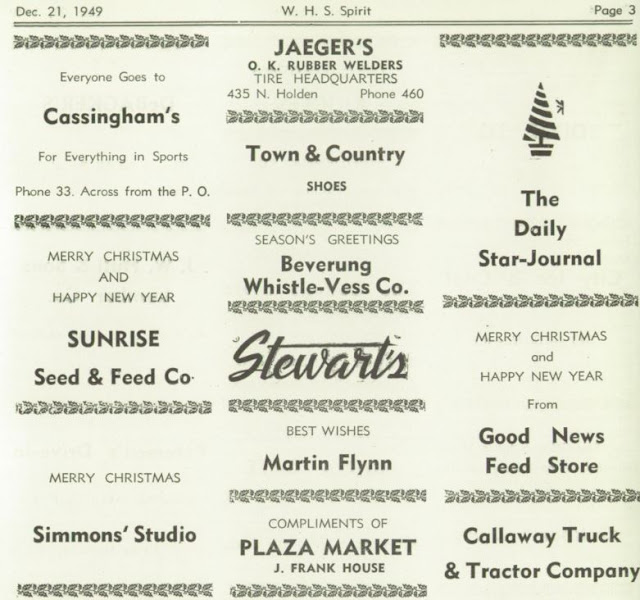 Buddy Baker: I went by the Sunrise Feed Store every day when I walked up Railroad Street on my way to (Martin Warren) high school. We didn't talk.  He was trying to make a dollar and I was trying to get to school.  But he was a big man.  I saw him a lot out loading hundred-pound sacks of feed. 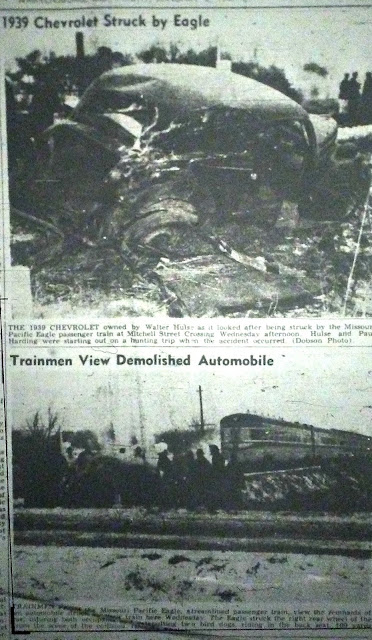 If Buddy hadn't remembered his name, there would have been no story.  All I had were these pictures developed from the Simmons Studio collection of negatives.  Apparently they were commissioned by Sunrise to show how well their seeds did out in the field. 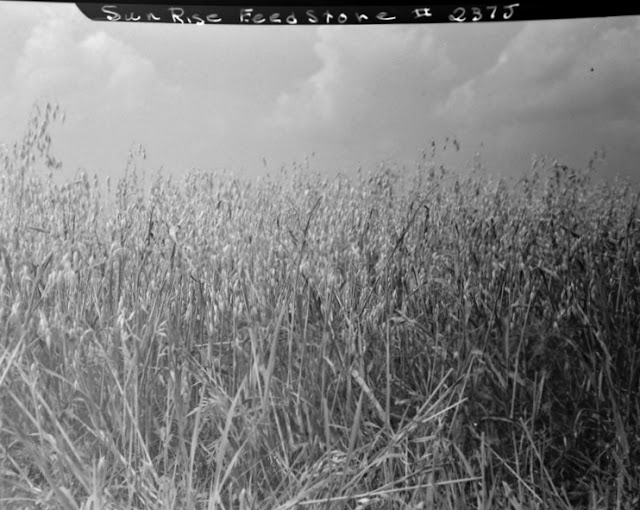 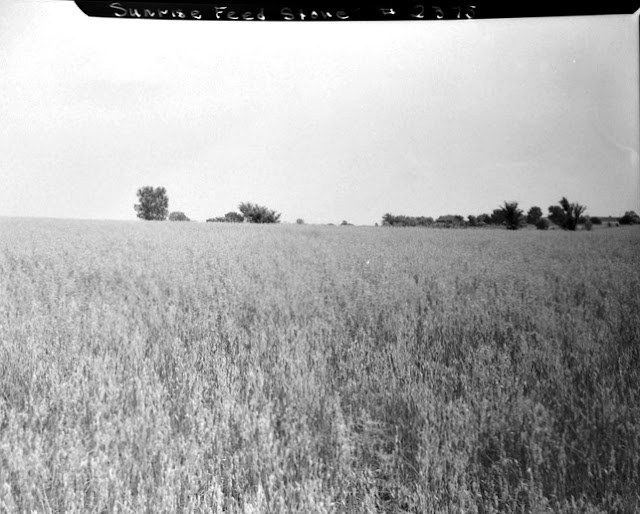 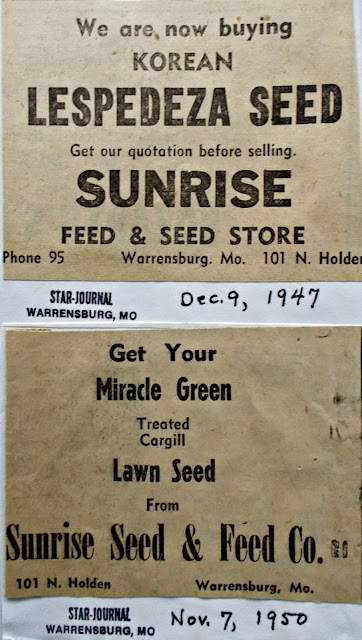 Even though Paul Harding died unexpectedly in early 1947, someone kept the business open for about another 10 years.  The last ad for it in the phone books was in the late 1950s.

If you have any memories of the Sunrise Seed & Feed Co., please leave a comment below. 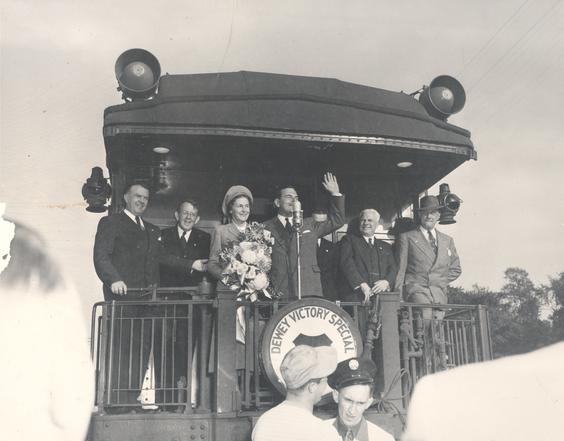 Thomas E. Dewey, Republican candidate for President, with his wife at his side, waves to the crowd from the rear platform of the "Dewey Victory Special" at a 1948 campaign train stop in Warrensburg, Missouri. Others on the train are unidentified. From: Ken Raveill (Credit: "Photo by Ken Raveill, courtesy Harry S. Truman Library")