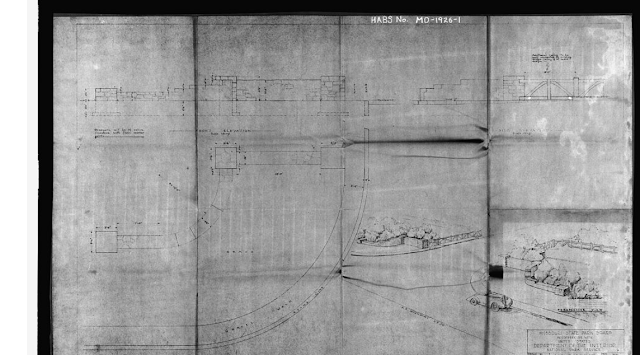 
“Knob Noster State Park is named for the nearby town which itself is named for one of two small hills or “knobs” that rise up in an otherwise flat section of Missouri. A local Indian belief stated that the hills were “raised up as monuments to slain warriors.” Noster is a Latin adjective meaning our. Therefore Knob Noster translates as our hill. 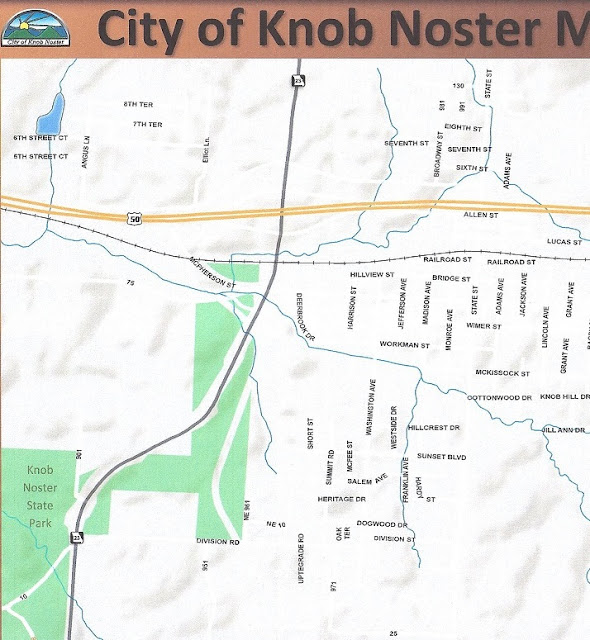 The park was constructed during the Great Depression by the Civilian Conservation Corps and the Works Progress Administration. The CCC and WPA were both part of President Franklin D. Roosevelt’s New Deal a series of government funded programs designed to provide work for the unemployed workers of the Great Depression. 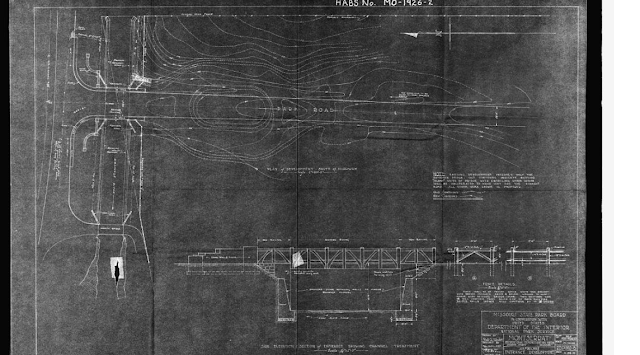 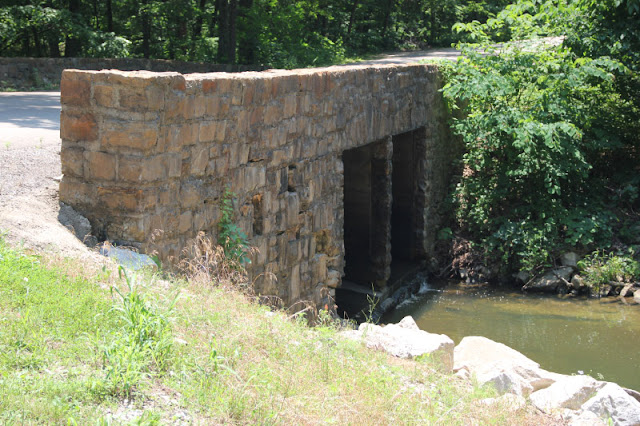 The park, originally known as Montserrat National Recreation Demonstration Area, was transferred to the state of Missouri in 1946 and named for Knob Noster.” 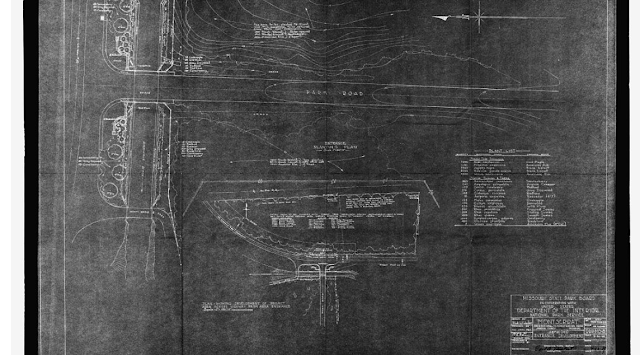 In 1933, under President Franklin Delano Roosevelt’s New Deal, Congress passed the Emergency Conservation Act with the purpose of putting young men to work and to restore the nation’s devastated landscape.


The Ozarks, with its natural beauty, was targeted and the first CCC camps were established at Sam A. Baker, Meramec and Roaring River state parks. Within a year, some 4,000 men between the ages of 18 and 25 were spread out in 22 CCC camps in Missouri, each with about 200 men. 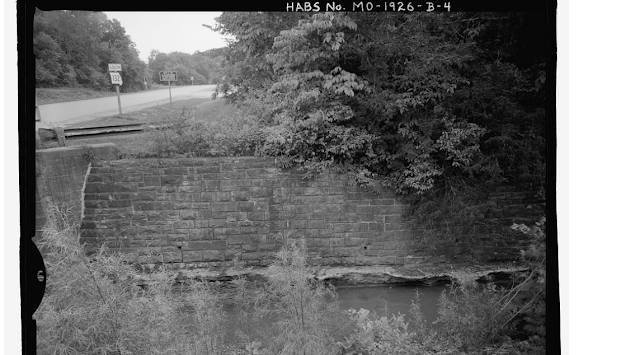 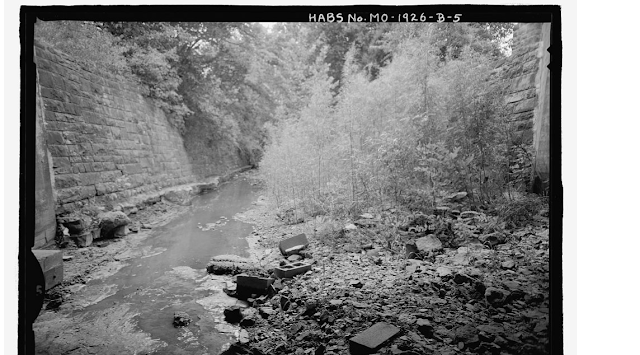 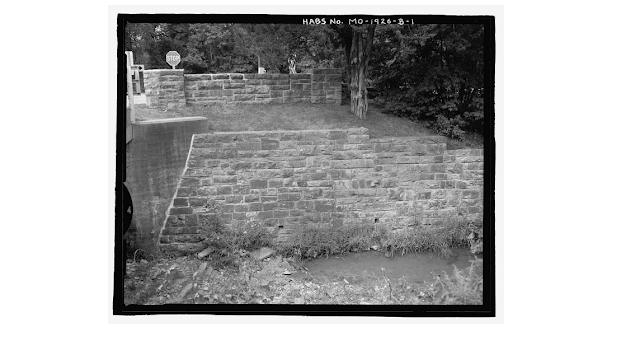 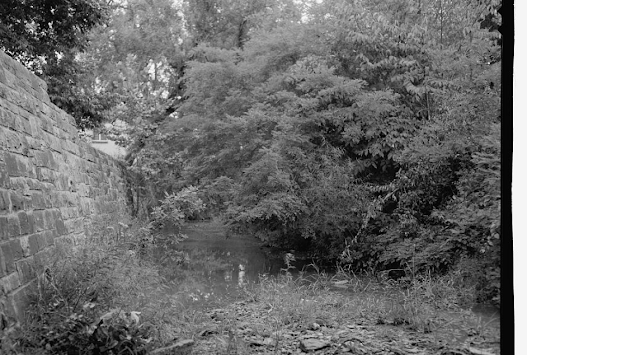 Of the $29 million spent in the state between 1933 and 1937 on conservation and recreation, 95 percent of it came from federal funds. CCC crews worked in 15 Missouri state parks, nearly all in the Ozarks. A total of 342 structures built in the state park system are now listed in the National Register of Historic Places. The work can be found at Babler, Sam A. Baker, Bennett Spring, Crowder, Cuivre River, Knob Noster, Lake of the Ozarks, Lewis and Clark, Meramec, Montauk, Pershing, Roaring River and Van Meter state parks. 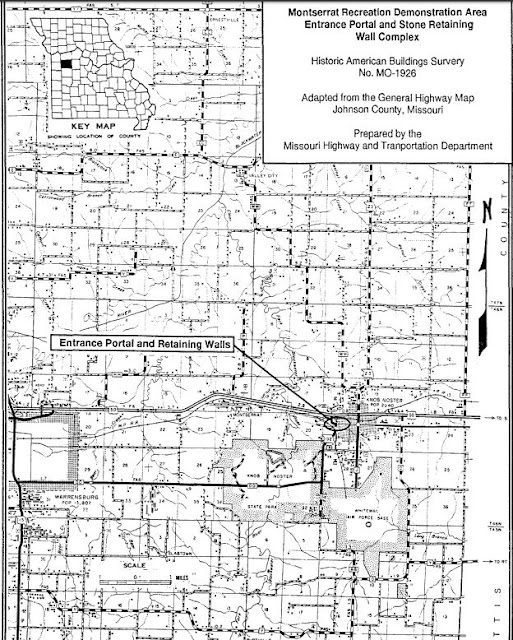 
During the Great Depression, a coalition of Kansas Citians proposed the creation of a park area that would serve three purposes: to act as a recreational area for people in the local area, to provide employment relief for those unable to find work during this time., and to rehabilitate approximately 2,700 acres of marginal land, which resulted from unsustainable farming and agriculture. The National Park Service (NPS) agreed to this project and surveyed the land. Around 3,000 acres were purchased in preparation for development. The NPS and the Work Projects Administration (WPA) began to map out ideas for the park under the direction of administrator A.C. Adams. The final plans for the park were submitted in December of 1935, and construction began in January of 1936. The park was estimated to cost the federal government approximately $230,000.
MONTSERRAT RECREATIONAL DEMONSTRATION AREA
The area developed was called Montserrat Recreational Demonstration Area (RDA), due to its proximity to the town of Montserrat. The goals of a RDA were to develop lands no longer sustainable for agriculture and rehabilitate them for preservation and conservation. Montserrat, along with Lake of the Ozarks and Cuivre River, were three RDAs created in the state of Missouri, which all became state parks. As well as this, these areas would provide a much needed recreational area for those living in Kansas City and the surrounding area, and away from possible threats of construction and urban sprawl. During the course of development 315 acres of trees were seeded and planted, around 10 miles of foot trails were constructed, two dining halls, and many cabins were built on the sites that would become Camp Shawnee and Camp Bobwhite, and around 20 acres of land were seeded with various flora. Many workers (mostly unskilled labor) began to work on the area’s development and administration. Around 200 people were involved in the labor centered around Montserrat Recreational Demonstration Area. Though World War II significantly delayed construction, the project was finished in 1946.
KNOB NOSTER STATE PARK
When the demonstration area’s plans were being finalized, Administrator Adams stated that the finished project would be turned over to the State of Missouri, with control of its administration given to the Missouri State Park Board. In 1946, the NPS turned over control of the area to Missouri, under the administration of Jean L. Woody, who had initially worked at the demonstration area as a foreman. In 1947, the area’s name was officially changed to Knob Noster State Park. The name came at the behest judge and former mayor of Knob Noster J.W. Sibert.