Jennie Mitchell and Sylvia Guinn, two little girls were run over and killed by a train at Knob Noster, Mo. May 4, 1892

Two Little Girls Killed. Warrensburg, May 5.— At Knob Noster, just east of here, Jennie Mitchell and Sylvia Guinn, two little girls aged 7 and 6, were run over and killed by the east-bound passenger train on the Missouri Pacific. The accident happened where the track crossed the main street of the town. 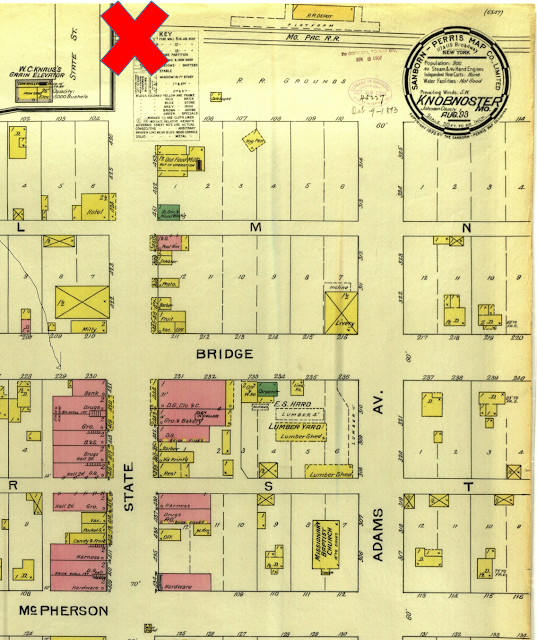 
Whirled to Death at an Instant's Warning by a Missouri Pacific Train.

As the Number 2 through mail and express train, on the Missouri Pacific railroad, whirled through the little town of Knobnoster today about noon, the whole community was alarmed by the loud and terrified screams of half dozen little girls, followed by two of their number being mangled beneath the ponderous weight of the locomotive. Knobnoster is situated about 25 miles west of this city (Sedalia) and the train was due at Sedalia at 12:35 noon.

The ill-fated children who were undoubtedly taken unawares and while off of their guard, were returning from school to their homes, it being the hour when they were dismissed for dinner. 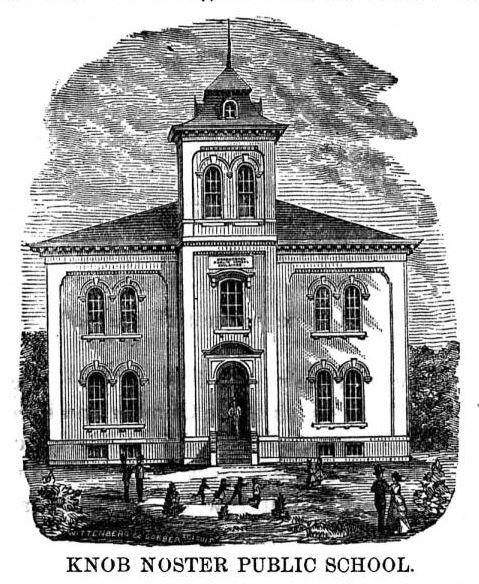 En route lay the railroad tracks which it was necessary for them to cross.

ALL IN AN INSTANT.


They tripped along in high glee, merrily conversing and laughing, naught reminded of the danger ahead. On the track which lay nearest to their route was a freight train which was slowly moving towards them. The train was a long one, and is said to have concealed from view the mail and express train which was approaching with considerable speed on the opposite track from the same direction.


This train, according to those who survived, the children did not see but started in a run to cross the track before the freight train came upon them. They crossed the first track in safety when they were startled by the quick shrill alarm of the engineers' whistle and in an instant there was death among them.


As certain death, stated one or more of their number, is the face consternation spread among the young girls, each of whom made an aimless dash for safety. Little Miss Mitchell the 10 (7 actually) year old daughter of Mr. William Mitchell, an old and respected citizen of Knobnoster, uttered one scream which was her last. She was struck by the locomotive and fell prostrate on the track, the iron wheels mangling her form into a mass of bleeding flesh. She never spoke.


Miss Sylvia Guinn, daughter of Mr. John Guinn, also of Knobnoster, received injuries after the same manner, which it is said will necessarily prove fatal. She was still alive at 2 o'clock.


TWO BARELY ESCAPED.
The escape of two others of the party was so narrow that their garments were whisked by the machinery of the engine. News of the sad accident spread rapidly, and the scenes over the bodies of the two young girls who had been so suddenly and ruthlessly struck down, are said to have been heartrending in the extreme. Passengers on the train describe the scenes which followed as agonizing. The companions of the child that was dead and the child that was dying bent over them and wept, while parents and relatives sought to embrace their limp and bleeding forms.
THE ENGINEER'S STATEMENT.


Engineer John McClure, who had charge of the train states that when the children came into view, he blew his whistle at once and reversed his engine, but that it was then too late to avoid the accident.

It is not known the exact rate of speed at which the engine was going, but the fact of the engineer not being able to check it, would indicate that it was going very fast.

The Bazoo 's Knobnoster informant states that the train was going at an unusually fast rate of speed, it is also stated that this train at times passes through the town at the (normal) rate of from 10 to 20 miles per hour.


Mr. Wm. Mitchell, the father of the dead girl, is a railroad engineer, and stays a portion of the time in Sedalia. Gravesite Link 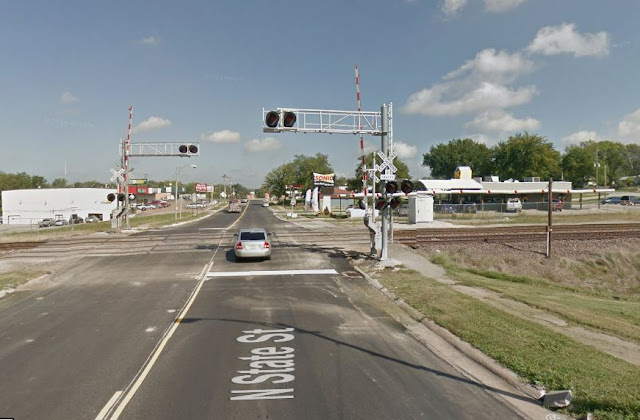 How the site of the tragedy looks today....