1901 Chester A. Arnold Famous Paleobotantist is Born in Leeton, Missouri


He was the son of farmers Elmer and Edith Arnold. Arnolds family moved to Ludlowville, New York and he attended Cornell University with the intent to study agriculture. Interaction with Loren Petry, a Cornell professor studying Devonian plants of the region, lead to Arnold shifting his focus to paleobotany. He received his Bachelor of Science in 1924, his Ph.D. in 1929 with his thesis on Devonian megafloral paleobotany. He started working at the Faculty of Botany, University of Michigan from 1928 and became curator of the collection of fossil plants in 1929. Arnold became a professor in 1947. He maintained close relations with researchers in India, being a friend of Birbal Sahni, of the Birbal Sahni Institute of Palaeobotany and served his year in residence from 1958-1959 at the institute. Arnold was a member of many learned societies and was the author of the Introduction to Paleobotany published in 1947.
Arnold did extensive research on the flora Paleozoic, Mesozoic and Tertiary of North America studying fossils from British Columbia to Oklahoma to Greenland.[1During his lifetime Arnold wrote approximately 121 publications, on subjects including the fossil conifers of Princeton, British Columbia to the extinct water-fern, Azolla primaeva. He was honored with the Silver Medal from the Birbal Sahni Institute of Palaeobotany in 1972, and the Distinguished Service Award from the Paleobotanical Section of the Botanical Society of America. A number of fossil plants have been named in Arnold's honor including Koelruteria arnoldi and Pseudolarix arnoldi.
Arnold interacted with a number of eminent profession and amateur paleobotanists across the western US. While collecting fossils with Alonzo W. Hancock in the Clarno Formation of Oregon in 1941, Arnold and Hancock recovered the most complete Miomastodon skull known to date. In 1952 Arnold was the supervisor for Herman F. Becker who extensively studied the Ruby Basin Flora of Montana. Among the may correspondents of Arnold was Wesley C. Wehr, who became Affiliate curator of Paleobotany at the Burke Museum of Natural History and Culture in Seattle.

Memorial
Chester A. Arnold
LSA Minutes
CHESTER ARTHUR ARNOLD
1901 - 1977
Chester Arthur Arnold, Professor Emeritus of Botany in the University of Michigan, died in Ann Arbor on November 19, 1977. He was born in Leeton, Missouri on June 25, 1901.
He began his professional career at Cornell University where he pursued doctoral studies, receiving the Ph.D. degree in 1929. In 1928 Chester Arnold joined the Michigan botany faculty, and the next year accepted a joint appointment in the Museum of Paleontology as Curator of Fossil Plants. By 1950 he had achieved the well-deserved reputation as one of the foremost paleobotanists in the world. 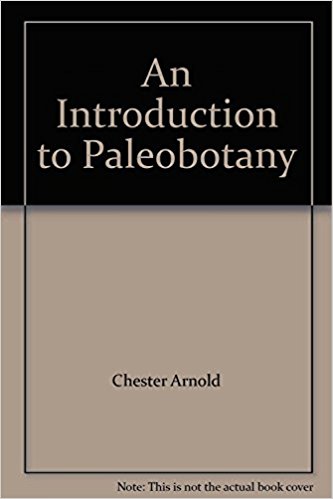 Many of his most significant research contributions were made during the two decades between 1935 and 1955. Included among them were his pioneering studies on the Devonian plants, Callixylon and Archaeopteris, during the thirties, especially his discovery of heterospory in Archaeopteris, his textbook in paleobotany published in 1947, for many years the foremost book of its kind in English, his paper on the classification of gymnosperms in 1948, his flora of the Michigan Coal basin in 1949, his studies of Eocene ferns from Oregon and his study of Prototaxites in the early fifties, and his paper on Tertiary conifers from British Columbia in 1955.
Chester Arnold's scientific investigations, which resulted in approximately 120 research papers in addition to his textbook, encompassed all major vascular plant groups, covered the geologic column from the Middle Devonian to the Recent, and ranged from purely descriptive to comparative and analytical. The scope and depth of his knowledge were formidable. He had the reputation of being cautious and accurate in his own work and in his references to, and use of the work of, others. Some thought of him as conservative because he was less prone to speculate than they. But he was hardly conservative! His significant paper on classification of gymnosperms which had great impact on his field and on systematic botany in general, could not have been written by a conservative. In this paper of 1948, he presented a well-documented rationale for the existence of two independent lines of gymnosperms, a viewpoint far ahead of its time and not generally accepted for another decade.
Perhaps because of his physical size, his stature in his field and his shyness, many of his colleagues, especially younger ones, considered him initially awesome, often dour and lacking in enthusiasm, and difficult to interact with. Although he had little patience with the mediocre and did not hesitate to criticize openly the incompetencies and deficiencies he observed in his field, those of us who knew him well can attest to the fact that he was kind and unselfish, a man of good humor, and a gracious person always ready to accept the successes of others.
Chester Arnold's eminence in his field is reflected in the major honors he received; President, International Organization of Paleobotany, 1959-1964; Visiting Scientist, Birbal Sahni Institute of Paleobotany, Lucknow, India, 1958-1959; Silver Medal of the Sahni Institute, 1972; Merit Award of the Botanical Society of America, 1974; Distinguished Achievement Award of the Paleobotanical Section, Botanical Society of America, 1977. 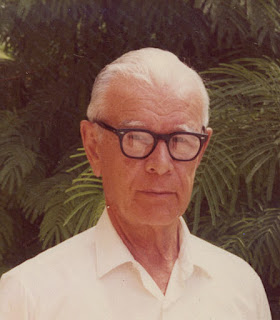 Distinguished Fellow of the Botanical Society of America
1974 Chester A. Arnold


Although he will be sorely missed by his friends and colleagues around the world, he will be long remembered, and his influence through his scientific contributions will continue for years to come.
Charles B. Beck