1946 The Petre Family moves to Holden

The Petre family moved from Independence, Missouri, to Holden in January 1946.  The family consisted of Clarence "Blackie," his wife Modena, and three children: Dick, Donna and Pam.  Blackie, had owned a barbershop at 55th and Brookside in Kansas City and had worked there for 15 years.  He had always wanted to live on a farm, so he and two of his brothers, Delbert and Glen, found three farms for sale that were close to each other east of Holden.

The Blackie Petre farm was two and one-half miles east of Holden that is now SW U Highway. Glen and wife Thelma and two sons, Don and Kerry, lived on a farm adjoining it at what is now 273 SW & highway.  Delbert and his family, wife June and two children, Ivan and Norma, lived about two miles north of the two other farms.  The brothers set up a Grade A dairy on the middle farm and raised row crops and cattle feed. 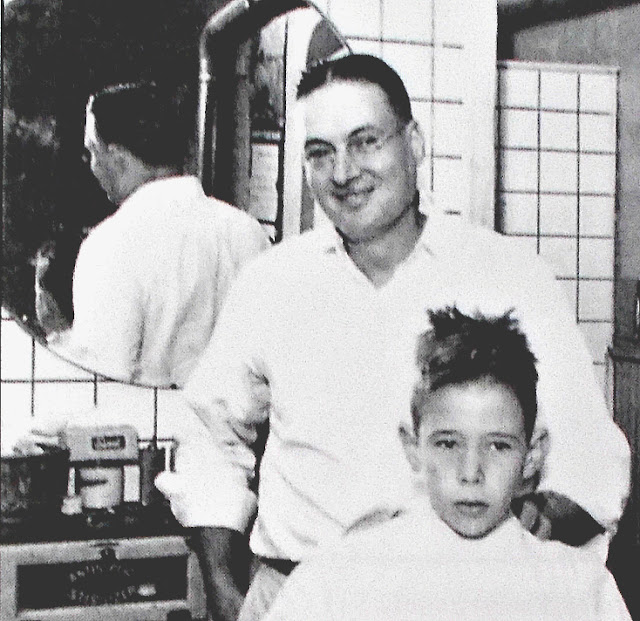 Blackie Petre with a young customer circa 1950
In about two years it became apparent that three families couldn't make a living on one dairy, so Blackie opened the Petre Barber Shop on Second Street in Holden.  Del and Glen decided to sell out, and they moved to Ellensburg, Washington. Blackie and his family continued to live in Holden and run the dairy.  They milked cows morning and night until Blackie became ill in the summer of 1953.  He died in August of that year. Modena had a farm sale and moved to Warrensburg, Missouri so Dick and Donna could attend college and live at home.  Dick had graduated from Holden High School in 1950 and Donna in 1953. 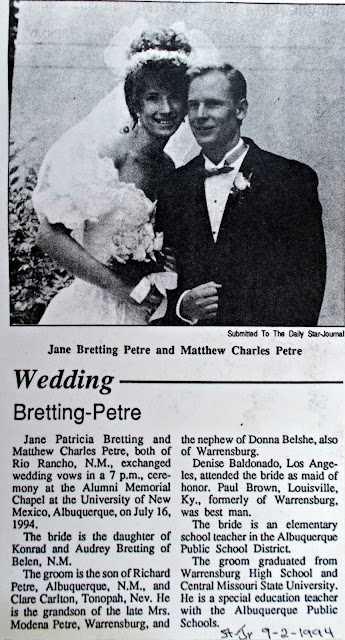 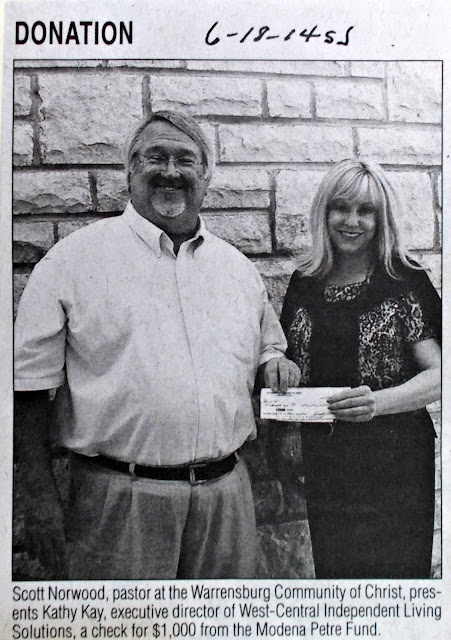 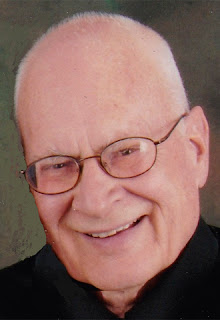 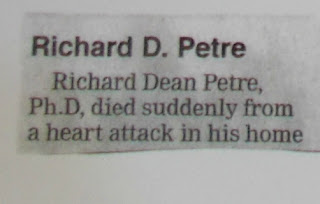 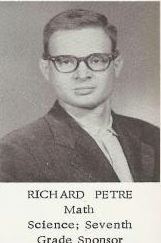 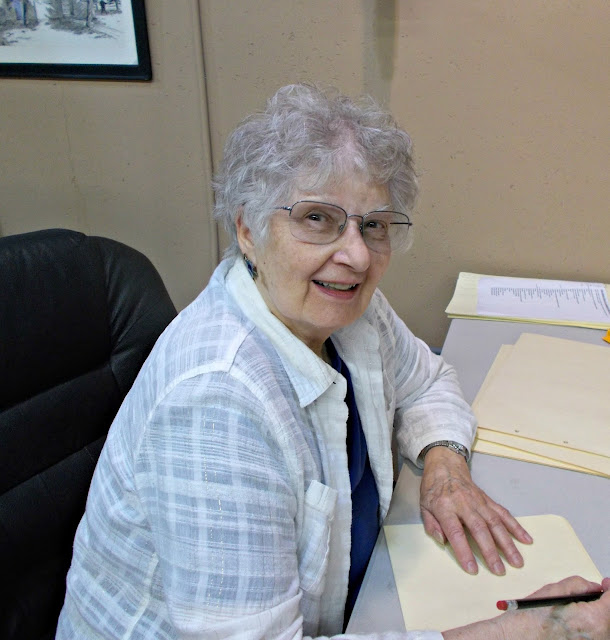 Modena and Blackie's daughter, Donna Petre Belshe, is a volunteer in The Records Project at the Johnson County Historical Society.

If anyone can identify the little boy in the first picture (Blackie's customer) please leave a note in the comments section.