1855 April 3 "Warrensburg News" newspaper starts, during the Founding Year of the city 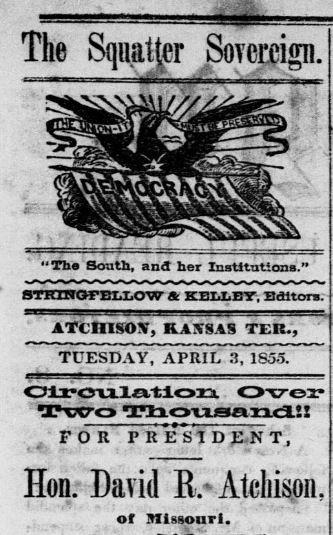 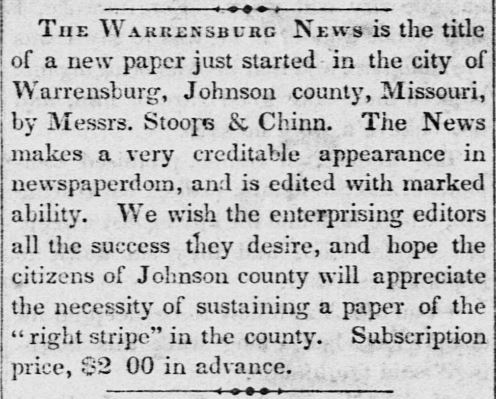 The Warrensburg News is the title of a new paper just started in the city of Warrensburg, Johnson county, Missouri, by Messers. Stoops & Chinn.  The News makes a very creditable appearance in newspaperdom, and is edited with marked ability.  We wish the enterprising editors all the success they desire, and hope the citizens of Johnson county will appreciate the necessity of sustaining a paper of the "right stripe" in the county. Subscription price $2 00 in advance.


Note:
A Rich History Since 1833
Warrensburg’s history dates back to 1833 when Martin Warren arrived from Kentucky and settled along the Osage Indian Trail. Warren, a blacksmith, found his cabin and blacksmith shop to be the local’s gathering spot. In 1836, Warren’s shop was named the county seat of the newly created County of Johnson. To recognize Warren, the township was named Warren’s Burg. Later in 1855, the township was incorporated as the City of Warrensburg. When the railroad arrived in 1864, a new commercial district five blocks southeast of the original town sprouted along the tracks.