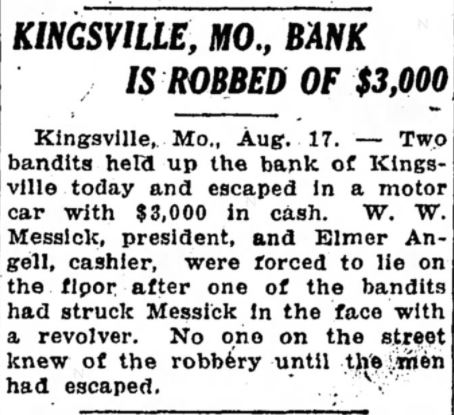 Forcing Officers To Lie on Ground Scooped Up $2500 and Fled


ABANDONED ONE CAR TO TAKE ANOTHER Believed Robbers Passed Through Holden Soon After Holdup The Associated Press.


Kingsville, Mo., April 24.— Three men this morning held up and robbed the Bank of Kingsville of $2,500 escaped in a motor car, later changing to another car a mile and a half west of here. F. L. Angel, cashier, and R. L. Howard, president, were in the bank when two of the bandits entered entered at 9:30 a. m. The third remained remained outside in the car. The bank officials were forced to lie on the floor while the two men scooped up cash from the vault and drawers. Angel and Howard were placed in the vault when the bandits departed. 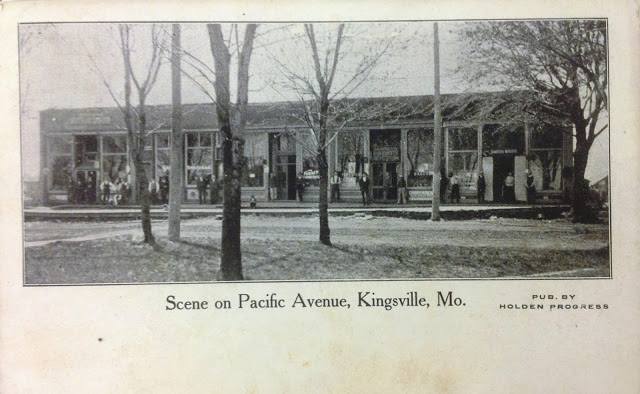 They were released by persons who watched the robbery from the street. No shots were fired. Angel said he had passed the men on the road this morning before before the robbery, noticing they were rough looking men. A man who was with Angel then later saw the bandits passing through Holden as they were fleeing from Kingsville.
Clipped from The Sedalia Democrat, 24 Apr 1928 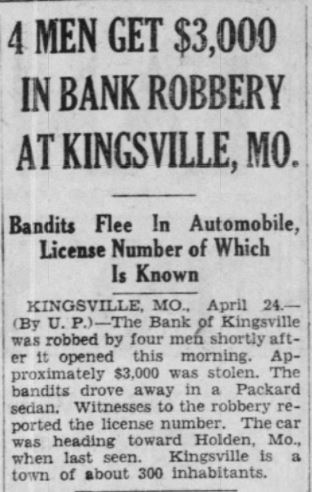