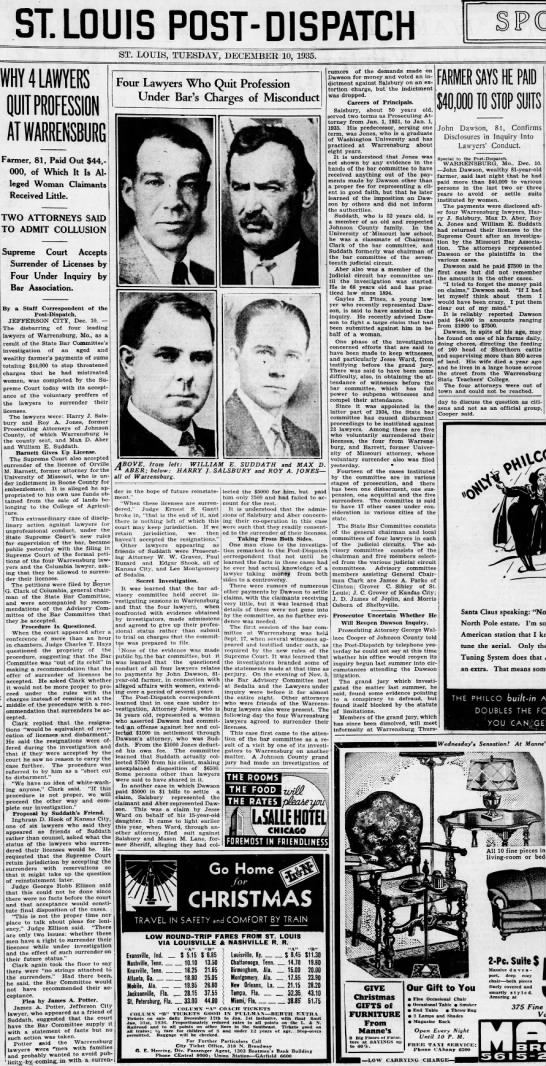 Prosecutor Uncertain Whether He Will Reopen Dawson Inquiry
Prosecuting Attorney George Wallace Cooper of Johnson County told the Post-Dispatch by telephone yesterday yesterday he could not say at this time whether his office would reopen its inquiry begun last summer into circumstances circumstances attending the Dawson litigation. The grand jury which investigated the matter last summer, he said, found some evidence pointing to a conspiracy to defraud, but found itself blocked by the statute of limitations. Members of the grand jury, which has since been dissolved, will meet informally at Warrensburg Thursday to discuss the question as citizens and not as an official group, Cooper, said.

FARMER SAYS HE PAID $40,000 TO STOP SUITS
John Dawson, 81, Confirms Disclosures in Inquiry Into Lawyers' Conduct.
Special to the Post-Dispatch.
WARRENSBURG, Mo.. Dec. 10. John Dawson, wealthy 81-year-old farmer, said last night that he had paid more than $40,000 to various persons in the last two or three years to avoid or settle suits instituted by women. The payments were disclosed after four Warrensburg lawyers, Harry J. Salsbury, Max D. Aber, Roy A. Jones and William E. Suddath had returned their licenses to the Supreme Court after an investigation investigation by the Missouri Bar Association. The attorneys represented Dawson or the plaintiffs in the various cases. Dawson said he paid $7500 in the first case but did not remember the amounts in the other cases. "I tried to forget the money paid on claims," Dawson said. "If I had let myself think about them I would have been crazy. I put them clear out of my mind."
It is reliably reported Dawson paid $44,000 in amounts ranging from $1900 to $7500. Dawson, in spite of his age, may be found on one of his farms daily, doing chores, directing the feeding of 160 head of Shorthorn cattle and supervising more than 800 acres of land. His wife died a year ago and he lives in a large house across the street from the Warrensburg State Teachers' College. The four attorneys were out of town and could not be reached. day to discuss the question as citizens citizens and not as an official group, Cooper said. 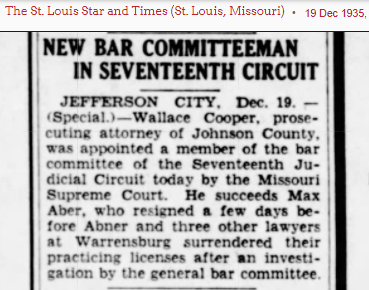 Jefferson City Post-Tribune, 30 Jul 1937, Fri, Page 6
LICENSES RESTORED BY COURT
No Opinion Accompanies Order By Hays
Licenses of four Warrensburg lawyers, which were surrendered in December, 1935, as the state bar committee prepared to investigate the attorney's activities, were ordered ordered restored today by the state supreme court en banc.
The lawyers are Max D. Aber, Roy A. Jones, Harry J. Salsbury, and William E. Suddath.
No written opinion was handed down with the order. Charles T Hays, chief justice of the supreme court, said the bar committee recommended recommended in general the license be restored.
Since resigning as members of the bar, each of the four had sought reinstatement, contending they had not misconducted themselves professionally. The bar committee, which is headed by Boyle G. Clark of Columbia, started its inquiry after special grand jury investigated suits in which the four lawyers allegedly were involved and in which John Dawson, wealthy Johnson county farmer, said he paid $40,000 in settlements and fees.
The grand jury, in its report said it "found instances of breach of contract and questionable ethics." 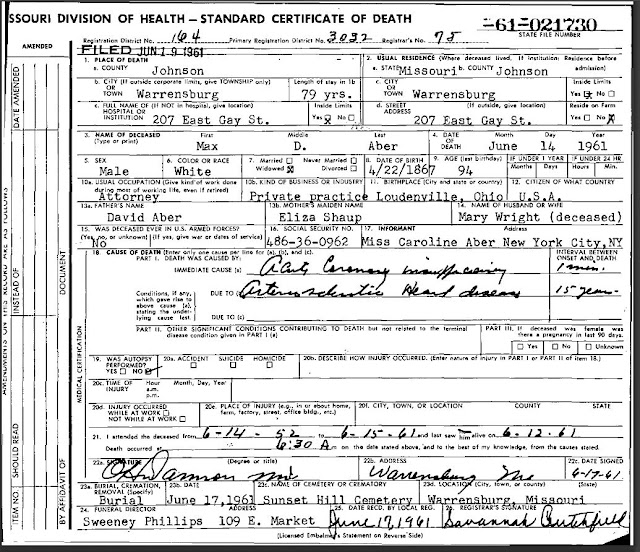