— Just west of the bridge (Old Hwy 13 Bridge) which spans Blackwater, on the road that leads from  Warrensburg to Lexington, and only a few yards from the place where Post Oak empties into the mother stream, one may, by creeping down the steep bank, and peering into the water, see the top of a blackened post. The wood is old and decayed, for murky floods have flown over and around it for seventy years. It is a part of the pioneer bridge which spanned the stream.
A few yards to the east traffic from the north thunders over a steel bridge and gay parties pass in automobiles who never dream that hidden near are the remains of the old causeway whose blackened stump stands as a monument to the first four Johnson county boys who gave up their lives that the nation might live. Even the names of these martyred heroes have been forgotten and perhaps their bones rest yet in the mold beside the blackened post, for their comrades left them where they fell and hastened on. For at the heels of the retreating Federals were the victorious hordes of General Price.
This bridge was built of wood, and timbers of white oak sunk deep in the mud, upheld the framework and the floor. Surmounting the floor was another framework some twenty feet high with rafters and roofed with shingles. Taken altogether, it was a massive structure, all built of heavy timbers.
After the little army of recruits had passed over the bridge, Colonel Marshall decided it must be burned to stop the progress of the pursuing enemy. Torches were applied and the great structure was soon burning. Colonel Marshall then ordered a company to stay at the bridge and defend it while the balance continued their long march north to Lexington.
The smoke of the burning structure was seen rolling over the hills to the south by the advance guard of Price's army who hastened forward in order to save the bridge. They reached the bluff to the south of the bridge and saw the little company in the bottom beyond guarding their work of destruction. Rifles, fast swept the line of blue, and six men fell. Their comrades replied, firing into the dense underbrush which covered the bluff, with such vigor that the advance guard retired. But again advancing the rebels poured a deadly fire into the little company who slowly retreated with their faces to the foe across the broad Blackwater bottom. But four of their men lay at the edge of the burning bridge. They had given their lives for their cause and they did not die in vain, for the bridge at Blackwater burned to the water's edge and the soldiers of General Price were delayed many hours in their victorious march on Lexington. J. M. S.

The Battle of Lexington Missouri 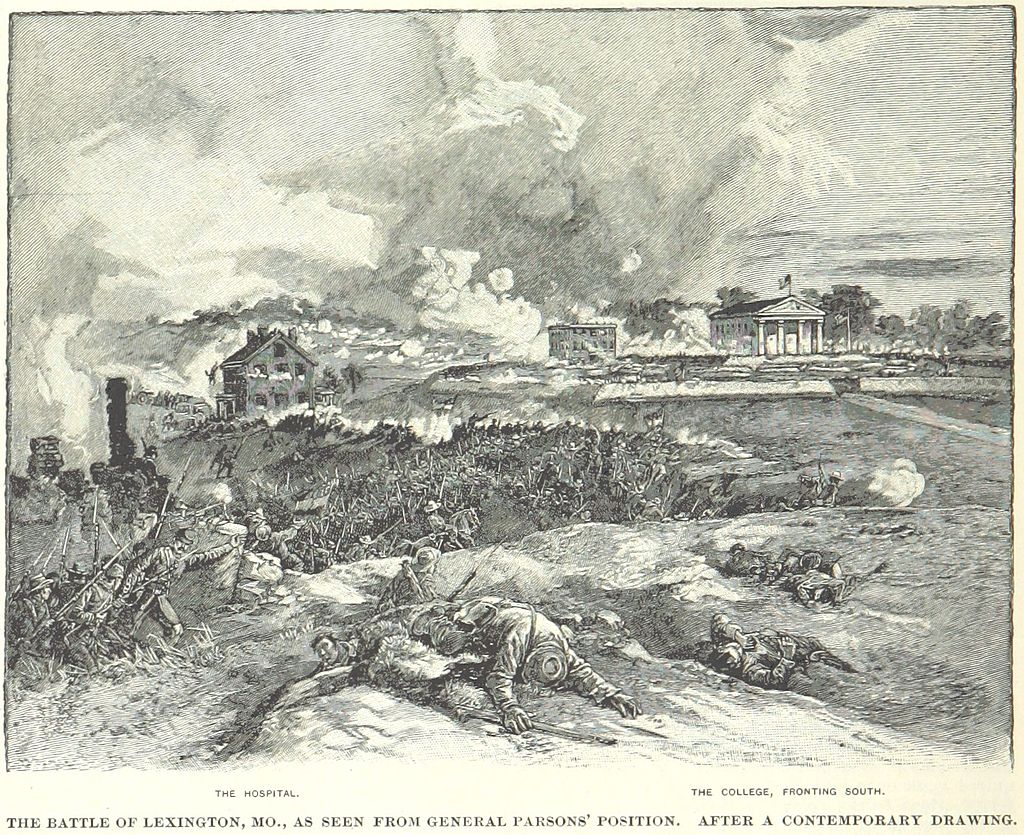 Confederate attack on Lexington shows the hemp bales at the center, with gun smoke rising above them. The Masonic College is in the right background of this drawing.

Price’s victory at Lexington accomplished much. At the cost of only 97 casualties, 25 dead and 72 wounded, he had captured more than 3,300 enemy troops and inflicted 150 casualties. His poorly armed troops obtained more than 3,000 rifles, seven cannons, 750 horses, and large quantities of wagons and equipment. 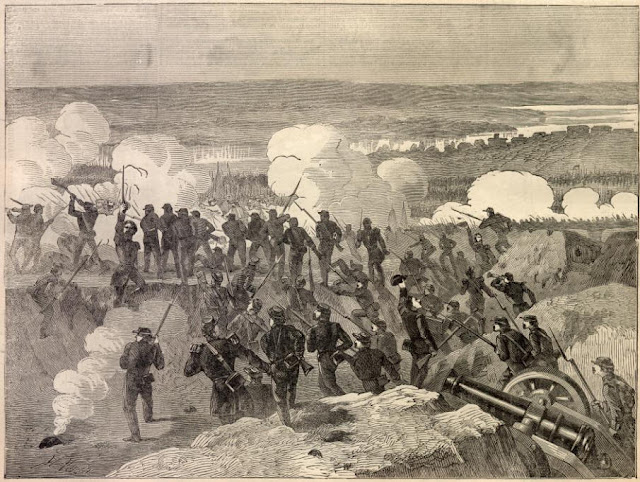 Although Price returned all the cash seized by the Federals from the Farmer’s Bank of Lexington, he retained $37,000 in badly needed gold which the state legislature had authorized him to appropriate for military expenses. Most importantly, he had lifted the morale of secessionists and State’s Righters throughout Missouri. 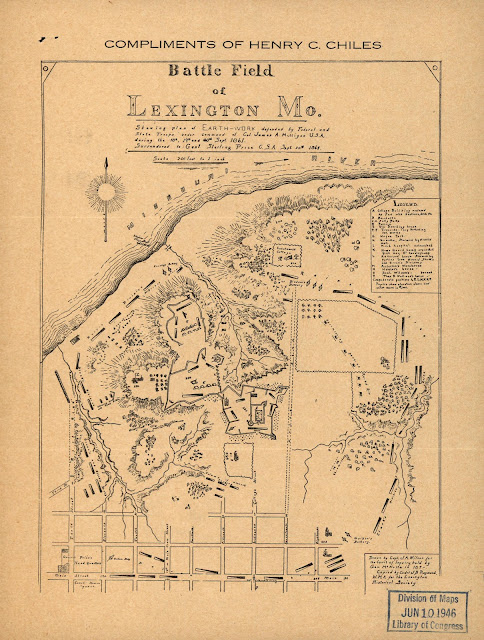 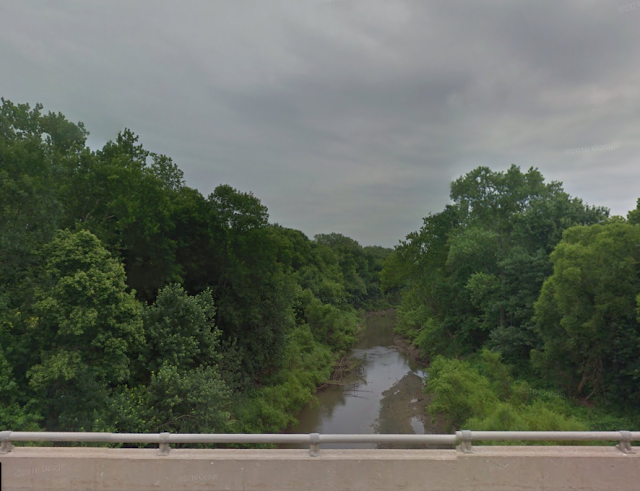