David Roscher recently sent me a copy of a picture that he bought at a garage sale in Marshall, MO. 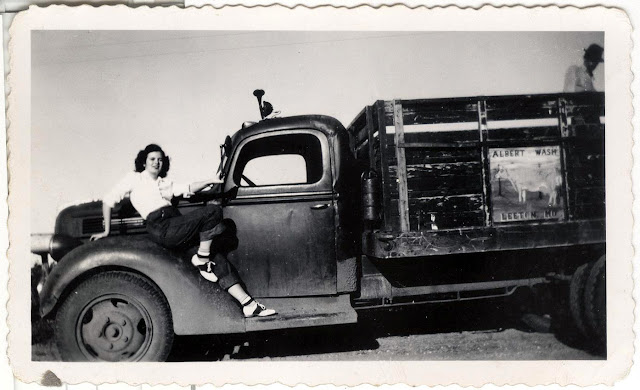 The sign on the side of the truck says: ALBERT WASH, LEETON, MO 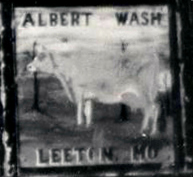 That might be Albert standing in the back of the truck.

The Wash Family were early pioneers in the Leeton area. Here's their story: 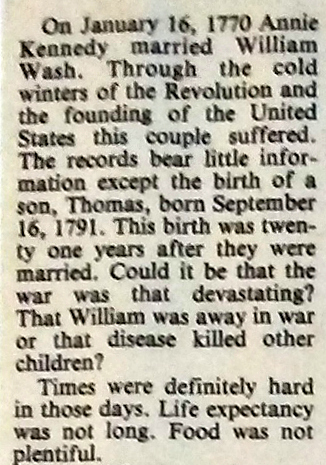 Meanwhile, in another part of the state of Virginia, on November 20, 1777, William Nelson married Mildred Day.  To this union was born on February 18, 1792 a daughter, Rachel Day Nelson. Rachel and Thomas met and were married on September 29, 1812. 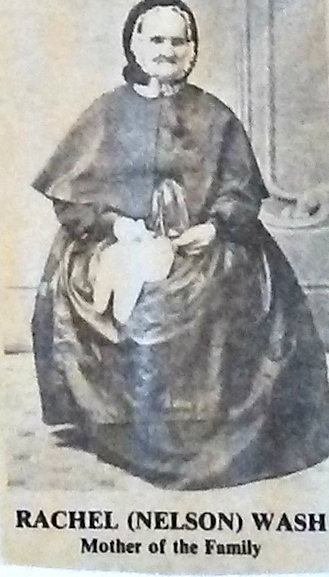 The couple soon added to their family with the birth of Martha Ann.  She was born on August 1, 1813.
The second child was born in 1814 and named Mary Jane.  Nothing is known about her.
The third child, Mildred Day Wash, was born in 1816. 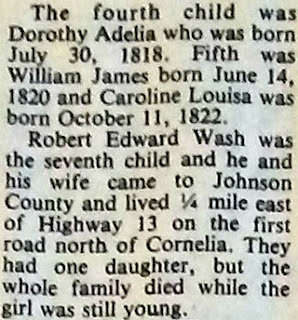 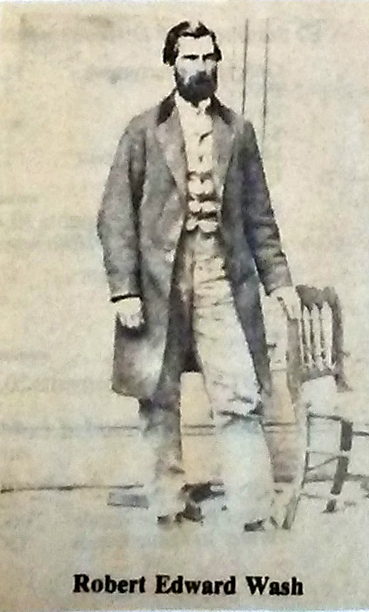 John Nelson Wash was eighth to be born to William and Mildred Wash.  He was born February 2, 1827 in Louisa County, Virginia. 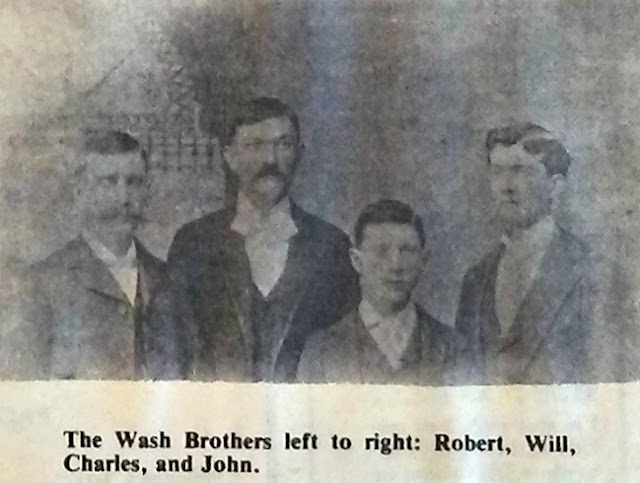 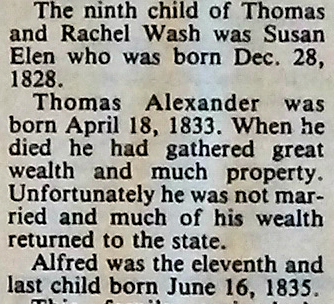 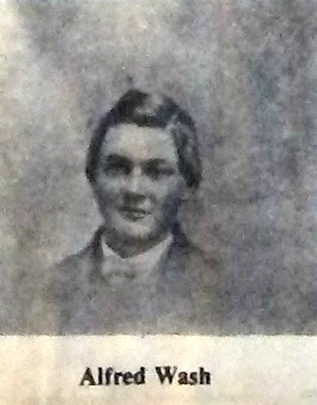 This family arrived in St. Louis in 1837.  Their first child, Martha Ann, married Charles DesCombes in St. Louis on April 6, 1837.  Descendants of these two are numerous in the Leeton area.  and were some of the first settlers in Johnson County.
Their daughter Mildred Day Wash was 21 when the family moved to St. Louis.  When they moved west, she stayed in St. Louis where she taught piano until she moved to Leeton in 1850.  She is featured in the Mineral Creek Museum in Leeton.  More about her interesting life can be found at:
http://1973whsreunion.blogspot.com/2017/05/mineral-creek-museum-leeton-missouri.html
Mildred died in St. Louis in 1898 at the age of 82. 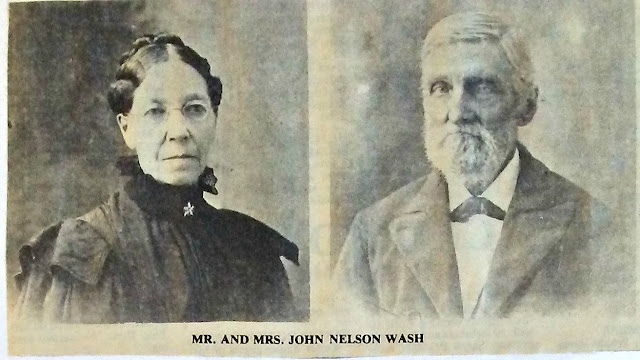 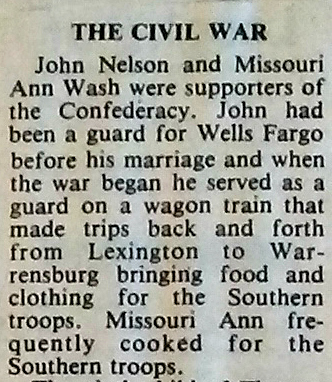 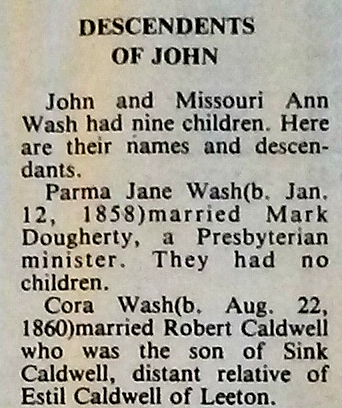 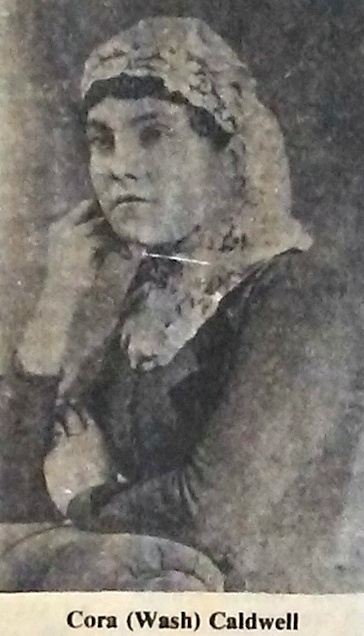 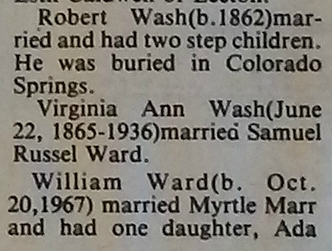 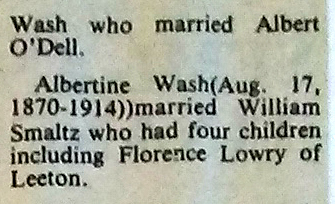 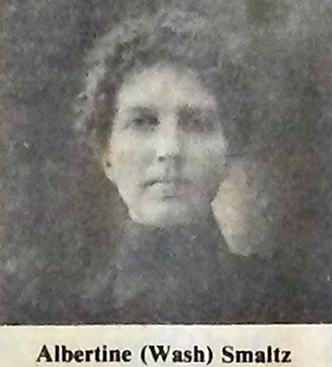 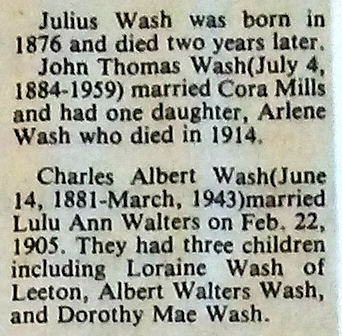 So here's what I know about Albert Wash.  He was the scion of a Johnson County pioneer family.  He lived in or near Leeton, probably raised cattle, owned a truck, and could get pretty girls to pose for pictures on his truck.
I couldn't find his date of death or obituary.  If anyone has any additional information about Albert or the Wash family, please leave comments.