Shot down over Munster, Germany - Held as a prisoner of war.
POW Stalag Luft 1, Barth, Germany 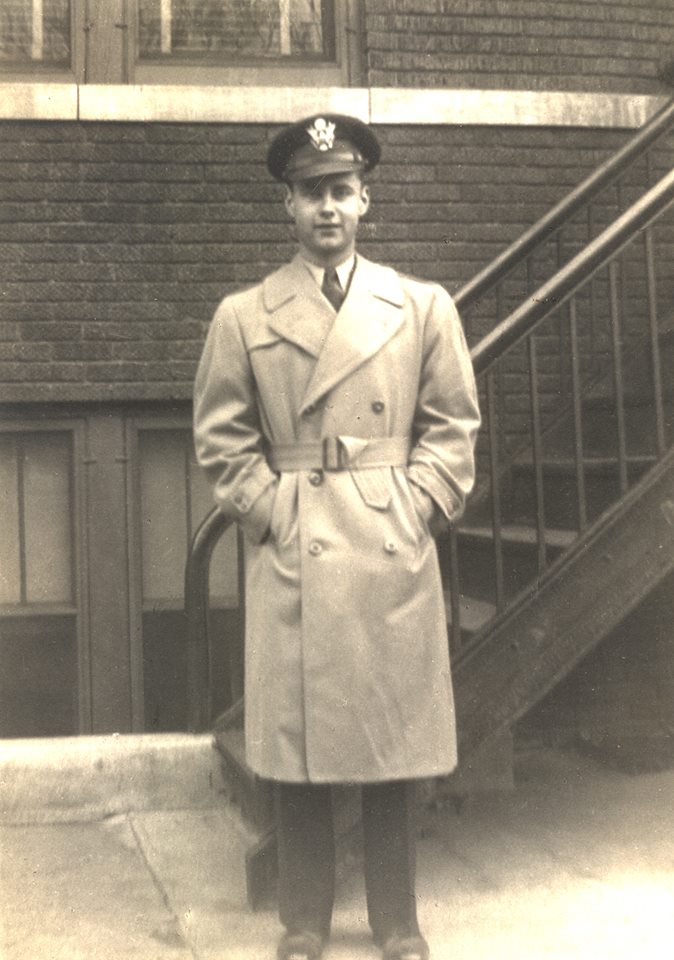 On 21 February 1944, his plane B-24 #42-7768 'The Proud Wanderlost' was attacked by FW-190s. The target was an Airdrome in Munster, Germany. Exploding 20mm shells killed the Right Waist Gunner Sgt Robert Yarnell and he went down with the plane. The attack also wounded the Radio Operator Sgt Guy Padgett. Sgt Loyd was killed when he fell from the aircraft without a parachute. Loyd's remains were recovered, but it appears that Yarnell's were not. The rest of the crew survived but were taken as POWs to Stalag Luft in Frankfurt, Germany for interrogation, and then to Stalag Luft 1, Barth, Germany. Some were later moved to other camps. The airplane crashed in the woods just inside occupied Holland.

The crew members were~

Quote from the pilot, 1stLT Cline - "In February 1944 I was a U.S. Air Corps pilot flying a B-24 bomber over Germany when antiaircraft fire hit our tail section and we lost all controls. We bailed out and on landing, I found myself in a field in occupied Holland, just across the border from Germany. We were surrounded by villagers asking for chocolate and cigarettes. Then an elderly uniformed German with a pistol in an unsteady hand marched me to an interrogation center. From there I and other prisoners were shipped to Stalag Luft I, a prison camp for captured Allied airmen. The camp was a dismal place. We lived in rough wooden barracks, sleeping on bunks with straw-filled burlap sacks on wooden slats. Rations were meager; if it hadn't been for the Red Cross care packages, we would have starved.  But the worst affliction was our uncertainty. Not knowing when the war would end or what would happen (we had heard rumors of prisoners being killed)  left us with a constant gnawing worry. And since the Geneva Convention ruled that officers were not allowed to be used for labor, we had little to keep us occupied. What resulted was a wearying combination of apprehension and boredom. Men coped in various ways: Some played bridge all day, others dug escape tunnels (to no avail), some read tattered paperbacks."

Stalag Luft 1
In late April 1945 as the war in Europe was nearing its end,  the Russians were approaching from the east and the British and Americans from the West in a race to get to Hitler's headquarters in Berlin.  Stalag Luft, I was north of Berlin, so it was unsure at first which of the Allied fronts would reach them first.  As the reports came in and the fighting got closer and closer to Barth, they soon realized that the Russians would be the ones liberating them.  They soon began to hear the heavy cannon fire sounds of the Russian artillery getting closer and closer to them.
At night the POWs would lay in their darkened barracks and there would be shouts of "Come On Joe" (for Joseph Stalin - the Russian leader) coming from all over the camp.   At this time it became apparent to the German Commandant and the guards at Stalag Luft I that the Russians were at their doorstep and they must make a move. So they approached the Senior Allied POW Officer of the camp,  Col. Hub Zemke, and told him to prepare his fellow prisoners to march in an effort to escape the approaching Russians.  Col. Zemke refused to do so.
He informed the Commandant that even though there were over 200 of them with guns, that there were 9,000 POWs and they were prepared to fight rather than march.  He told the commandant that he realized this may cause high losses among the POWs but ultimately they would overcome the Germans and with the Russian allies so close he knew this was an acceptable risk.

The German command evidently realized that the end of Germany was near and so he accepted this decision by Col. Zemke.  The German command then informed Col. Zemke that he and the guards would be leaving the camp at midnight that night (April 30, 1945).  Col. Zemke had made plans in case such a scenario arose to take over the camp,  as it was evident to him that as Senior Allied Officer he would be responsible for the safe return of the POWs to Allied control.  He had already organized a group of hand-selected men which he called the "Field Force" to help him keep the camp in order until they were all safely back in Allied hands.
So when the POWs at Stalag Luft I awoke on May 1, 1945, they looked around and noticed that all the Germans were gone and now there were POWs with armbands that said "FF" manning the guard towers.  Col. Zemke explained that the POWs could not just start leaving the camp on their own, as there was a war going on all around them and they could be shot.  He felt it best to keep the camp secure in an effort to protect the POWs.  (You can imagine not many of the POWs liked this idea, they were tired of being imprisoned behind barbed wire!)
Col. Zemke sent a scouting party out to meet the approaching Russians to inform them that there was a POW camp of Allies located in the area, so the Russians would not be shelling them!  Later in the day the Russian commander entered Stalag Luft I and meet with Col. Zemke and the British Senior Officer.  The Russian commander did not like the idea of the Allied POWs still being behind barbed wire, so he ordered that Col. Zemke have the fences torn down.  Zemke refused at first, but was later convinced (some say by force, with a gun) to tear down the fences.  The POWs enthusiastically tore them down.   Many POWs then left camp and went into Barth and the surrounding areas.  Some of them (approximately 700) took off on their own to make their way to the approaching British lines (my Dad being one of those!).  In the ensuing confusion of war still in progress all around them some of the POWs were accidentally killed.
It was the 2nd White Russian Front of the Red Army that entered Barth on May 1, 1945, and liberated the prisoners of war at Stalag Luft I.   After the fences were down the Russians then learning of the meager food supply the POWs had been existing on soon rounded up several hundred cows and herded them into the camp for the hungry POWs to slaughter and eat.  This they did immediately.   At night they entertained the POWs with their "USO" type variety show that traveled with them.   There were much joy and celebration among the newly freed POWs and the Russian soldiers.


The tensions were building between Russia and the Allies and the fate of the POWs was uncertain until the 8th Air Force flew into Barth and rescued the POWs in a massive airlift called "Operation Revival".   The Russians had liberated the camp on May 1 and on May 12,13 & 14, 1945 approximately 9,000 prisoners of war at Stalag Luft I were flown out of Barth, Germany, and back into Allied control.  Royal Air Force POWs were flown back to England and the American POWs were flown to Camp Lucky Strike in Le Havre, France, where they were processed and waited for a liberty ship to return to the states. 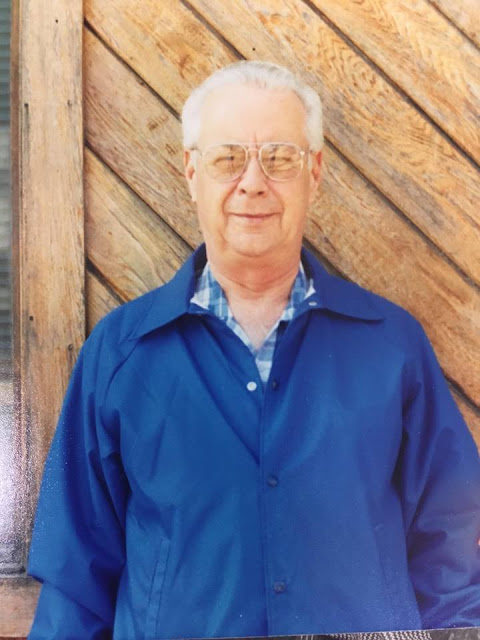 Funeral services for Howard E. Brockman, former Moberly man who died at midnight Tuesday at a hospital in Aurora, Ill., will be conducted Thursday afternoon at one o'clock from the residence of Mrs. Brockman's parents, Mr. and Mrs. O. H. Fort, 701 South Williams street. The services will be conducted by the Rev. R. S. Kenaton, pastor of the Fourth Street Methodist Church. Bob's father, was a plant manager and died at the age of 38 in Aurora, Illinois.
Story compiled by Bruce Uhler  bruceuhler@gmail.com