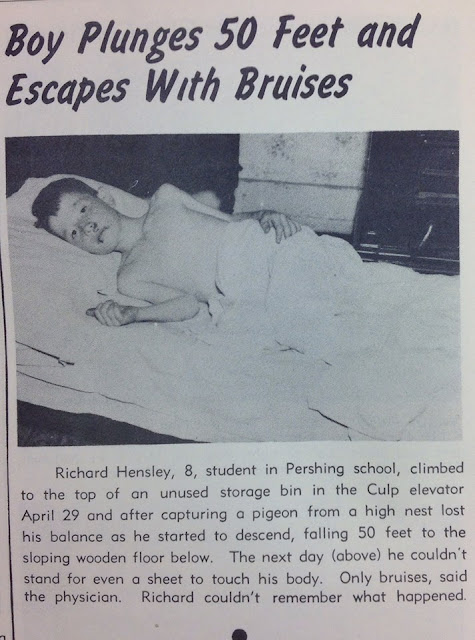 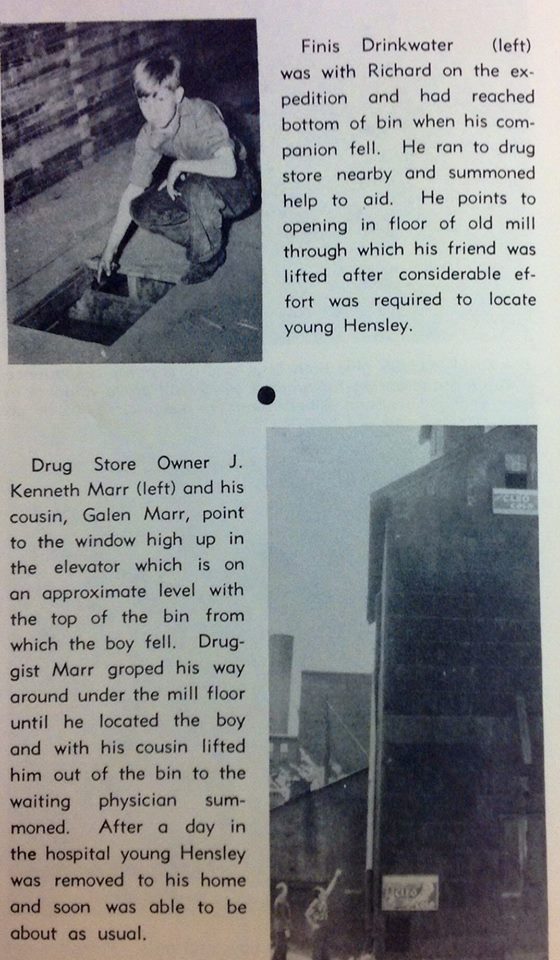 c 1940 Culp Elevator Mills
Boy Plunges 50 feet and escapes with Bruises
Richard Hensley, 8, student in Pershing school (Warrensburg), climbed to the top of an unused storage bin the Culp Elevator April 29 and after capturing a pigeon from a high nest lost his balance as he started to descend, falling 50 feet to the sloping wooden floor below.  The next day (above) he couldn't even stand for even a sheet to touch his body. Only bruises, said the physician Richard could not remember what happened.
Finis Drinkwater was with Richard on the expedition and had reached the bottom of the bin when his companion fell. He ran to (Marr's Drug Store, W. Pine at Holden) and summoned help to aid.  He points to the opening in the floor of the old mill through which his friend was lifted after considerable effort was required to locate Hensley.
Drug store Owner J. Kenneth Marr and his cousin, Galen Marr, point to the window high up in the elevator which is an approximate level with the top of the bin from which the boy fell.  Druggist Marr groped his way around under the mill floor until he located the boy and with his cousin lifted him out of the bin to the waiting physician summoned.  After a day in the hospital young Hensley was removed to his home and soon was able to be about as usual.