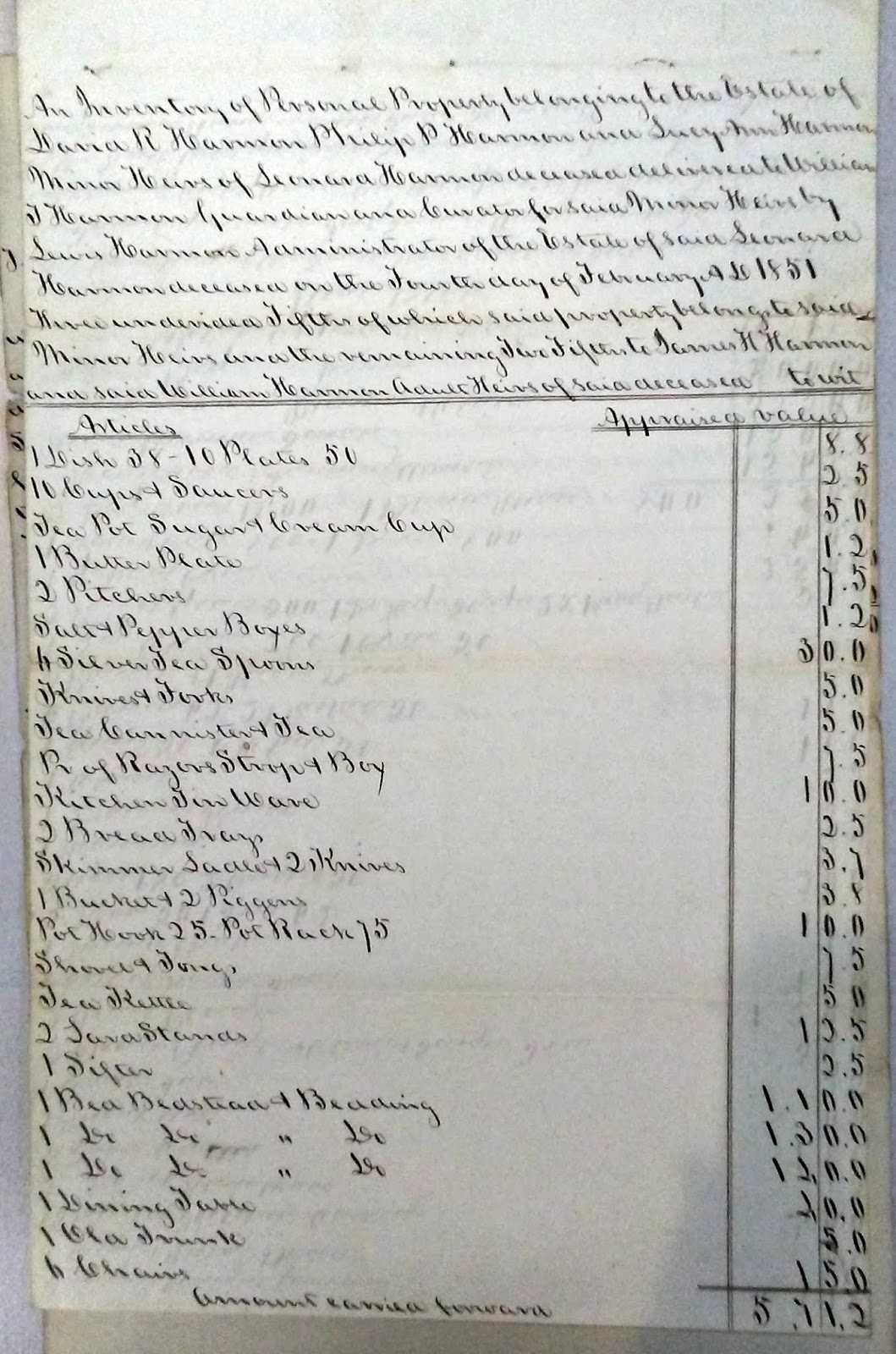 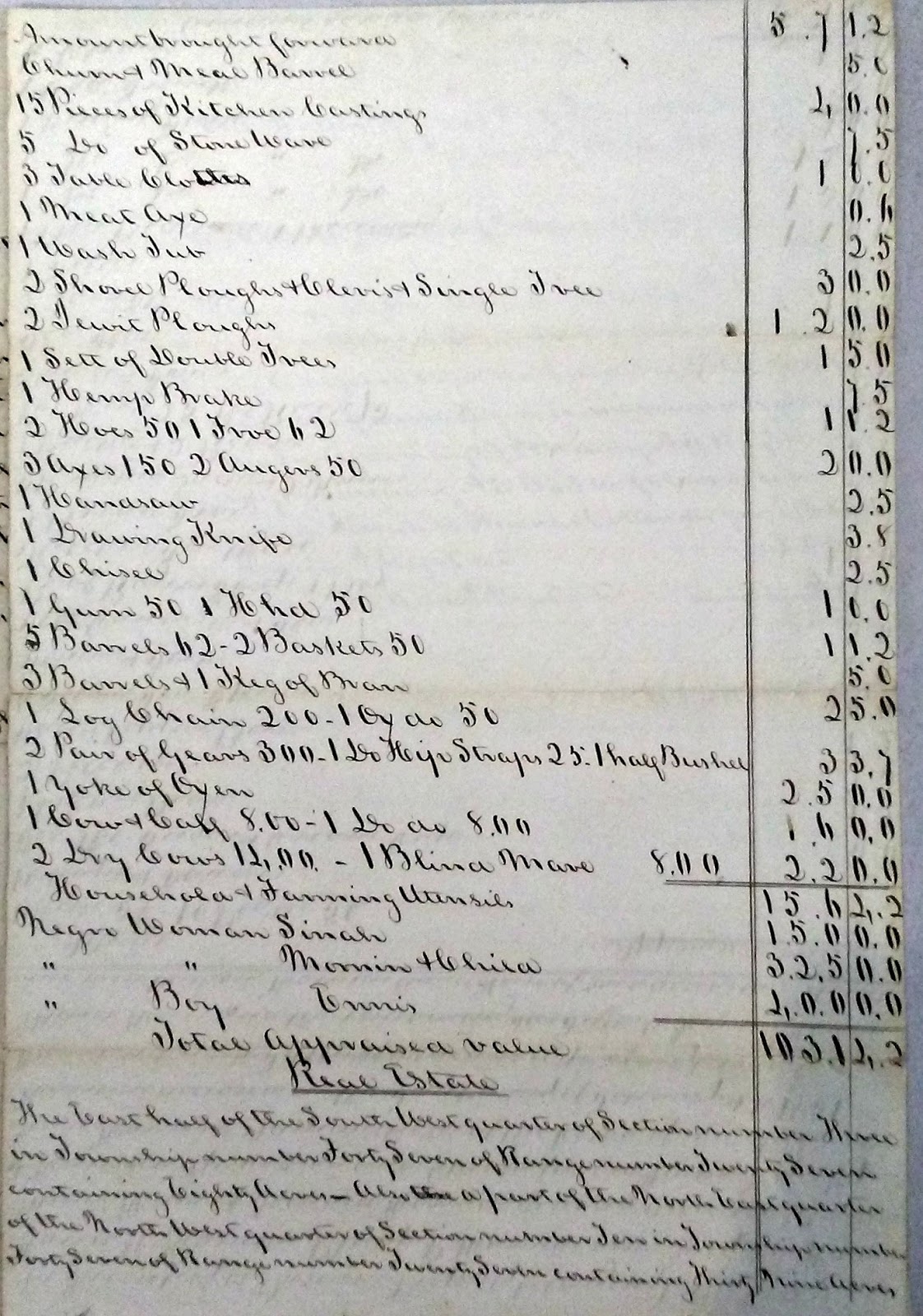 In the County Court of Johnson County
February term AD 1852

To the Honorable County Court of Johnson County

The undersigned Curator of the Estates of Philip P. Harmon and Lucy A. Harmon, Minor Heirs of Leonard Harmon begs leave to report that he hired the following Slaves in which each of said minors own an undivided fifth part from the twelfth day of February AD 1852 until the Thirteenth day of January AD 1853 as follows to wit 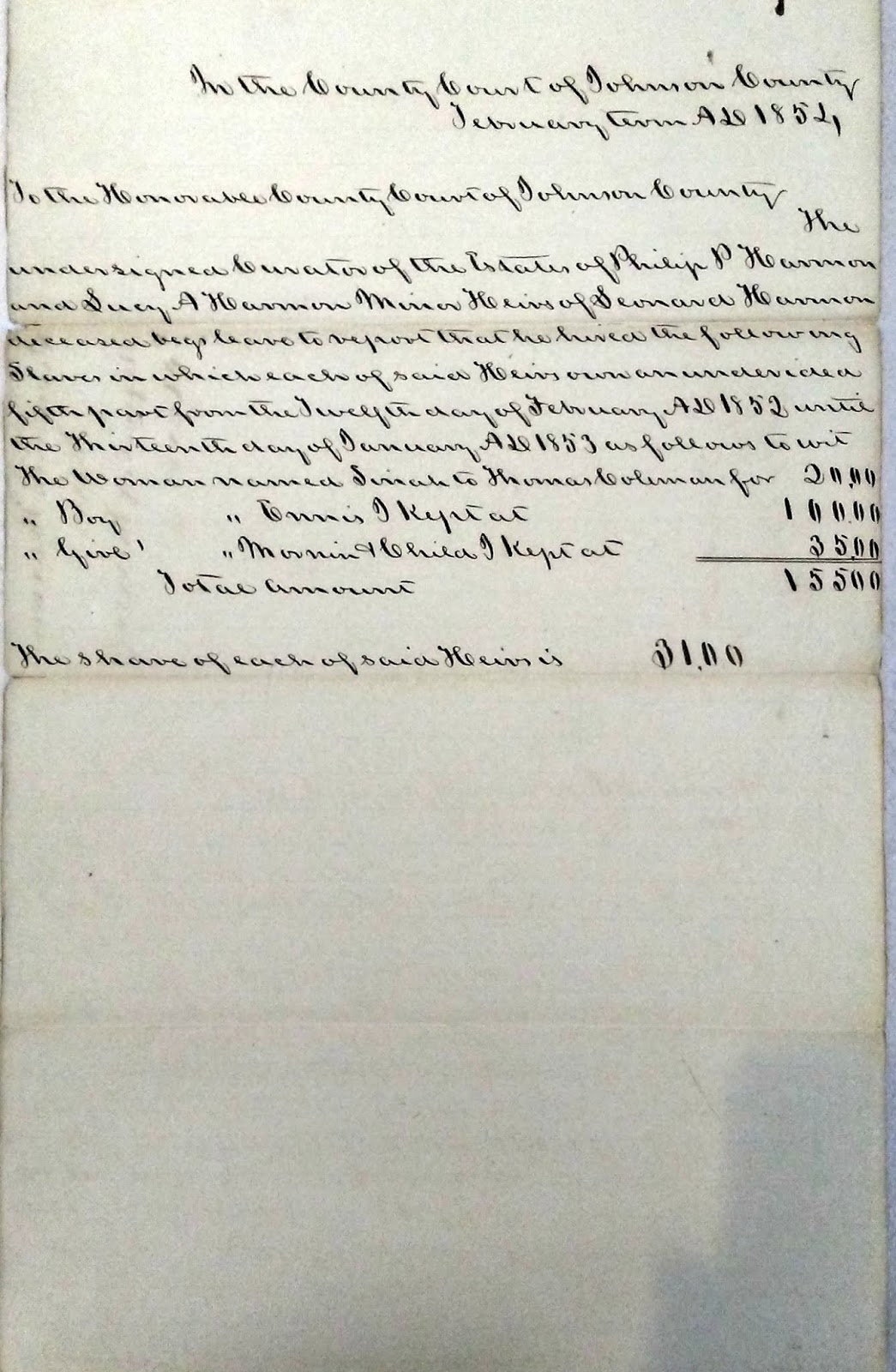