Thanks to Sue Volesky, the daughter of Helen Roach Barnett, for providing the family pictures, and additional information about this old Johnson County family. 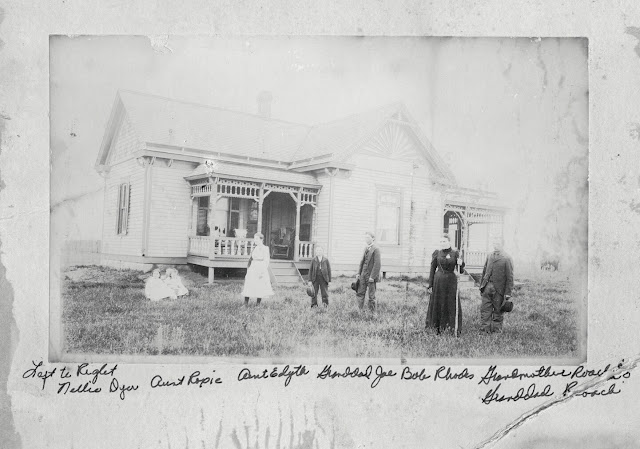 Here is the Roach Family at home.

Note the difference in spelling.  The family picture lists Edyth Roach.  The article below changes the name to the more conventional Edith. 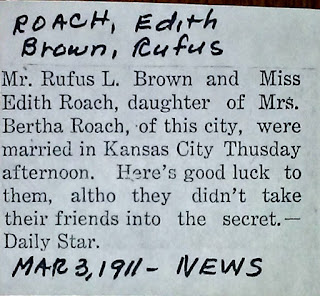 Edith is the sister of Joseph Roach.  Joseph and his descendants are the subjects of this blog.  The above article is an interesting side note, though. 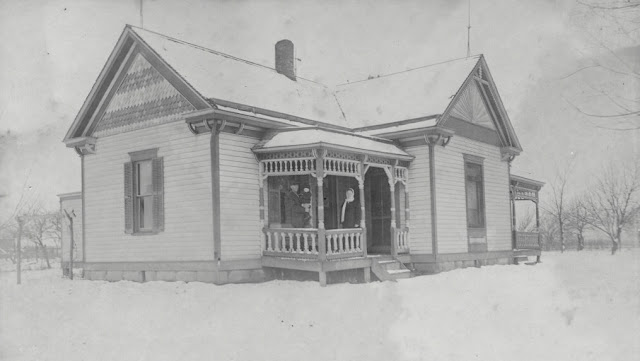 Joseph, Grace and Lucille Roach at their original home in Johnson County. 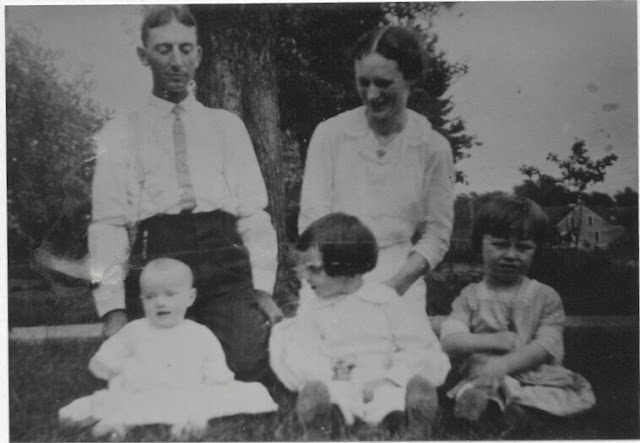 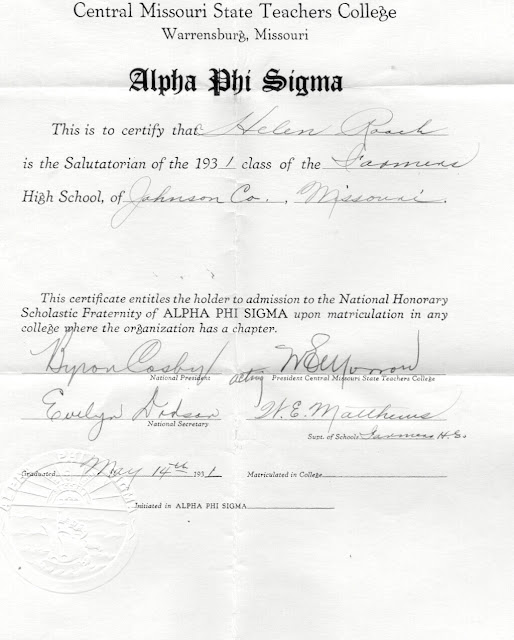 Helen Roach was the salutatorian of her graduating class at Farmer's School in 1931.  More information about Helen Roach Barnett and the Barnett Family is here: https://1973whsreunion.blogspot.com/2018/04/1898-first-record-of-barnetts-robert.html 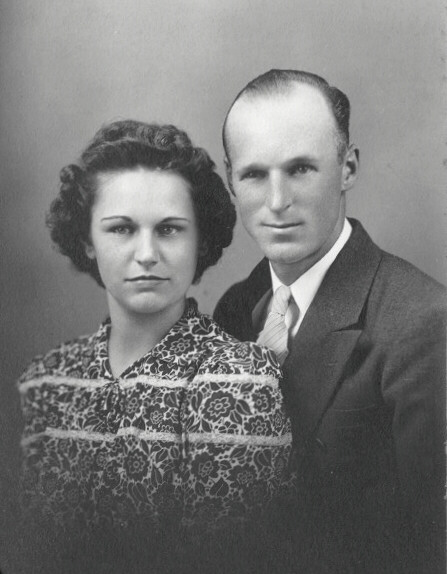 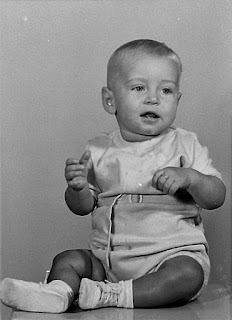 Gary S. Roach was the son of Joseph Martin and Mary L. (Spickert) Roach.  This picture was found in the Simmons Studio collection of negatives now in the possession of the Johnson County Historical Society.  It was taken in the late 1940s or early 1950s. 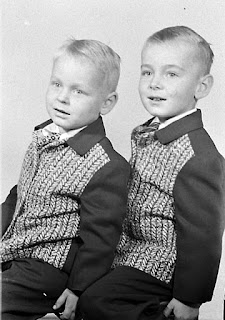 As of 2019, Gary lives in Blue Springs and Bob lives in Booneville.  Donnie's widow and daughter still live in Johnson County. Joseph and Mary were later honored as owners of a Johnson County Century Farm. 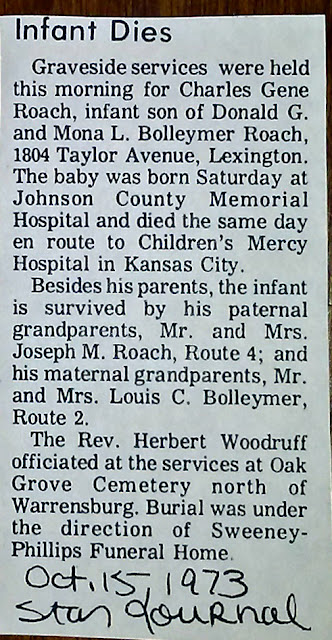 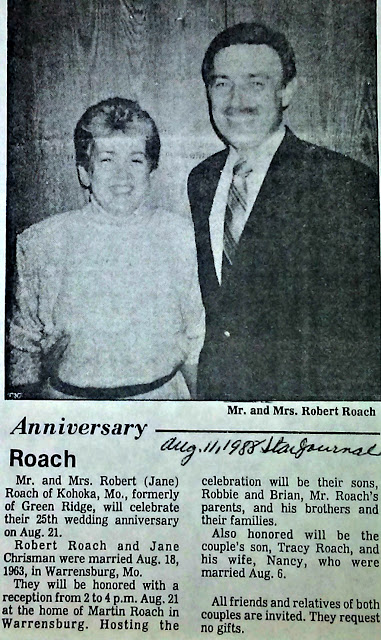 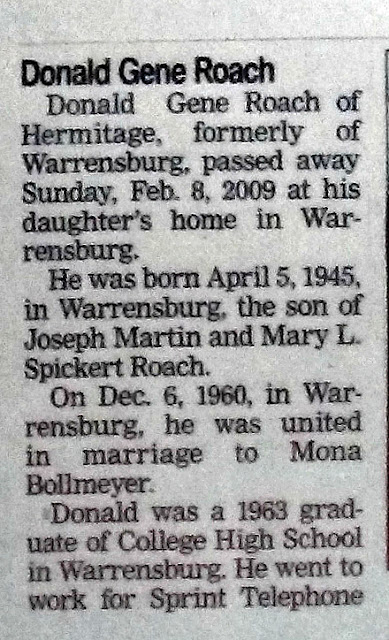 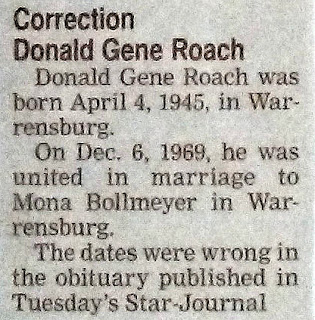 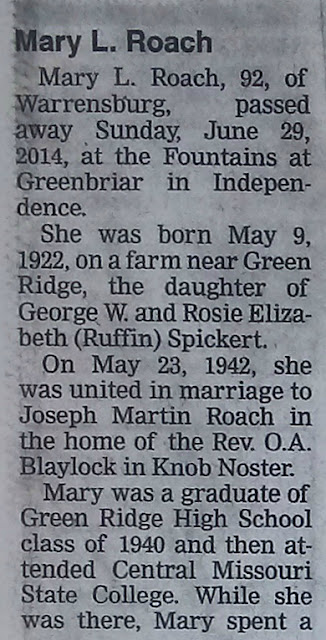 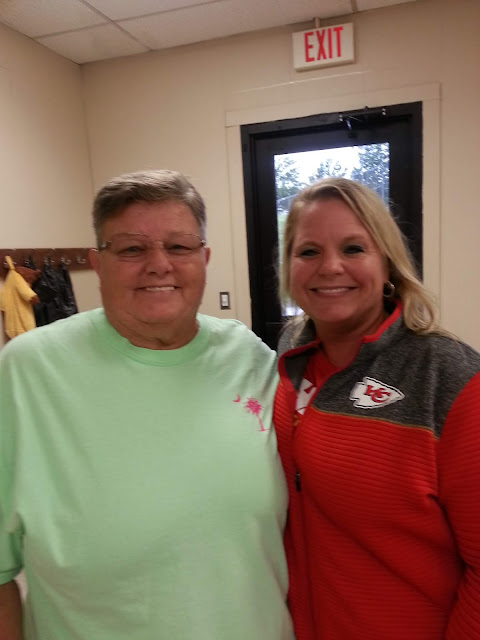 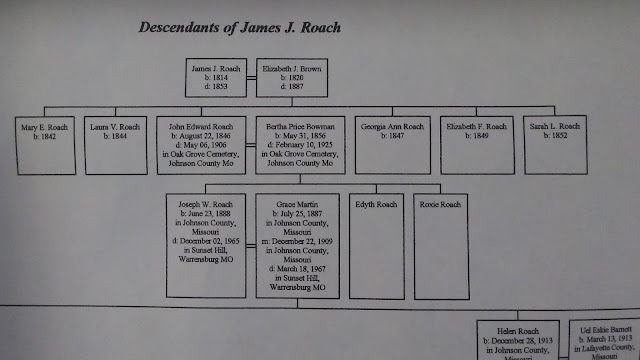 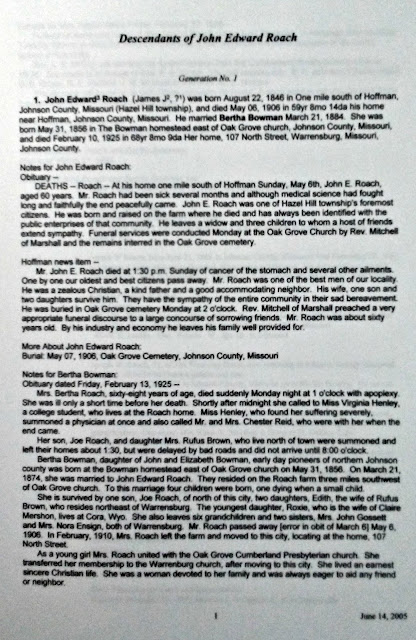 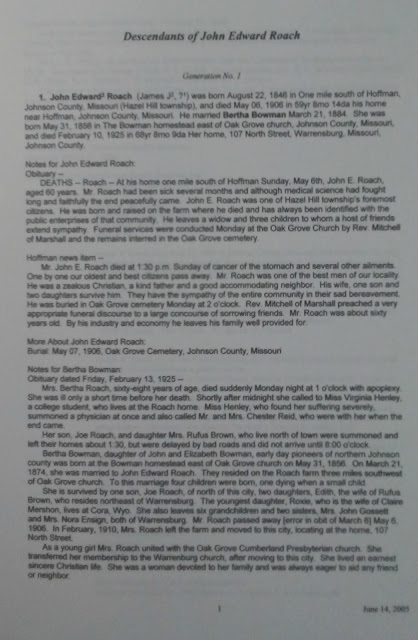 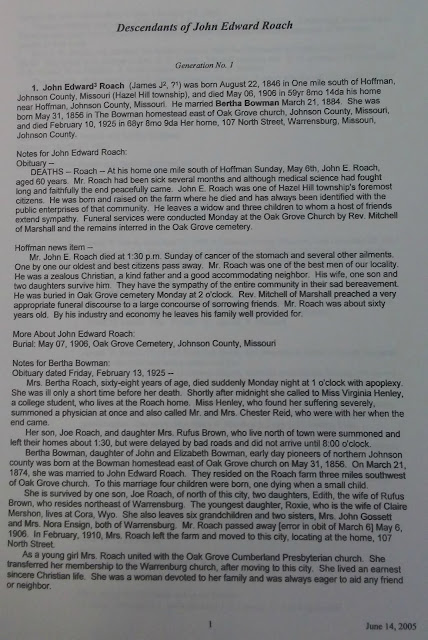 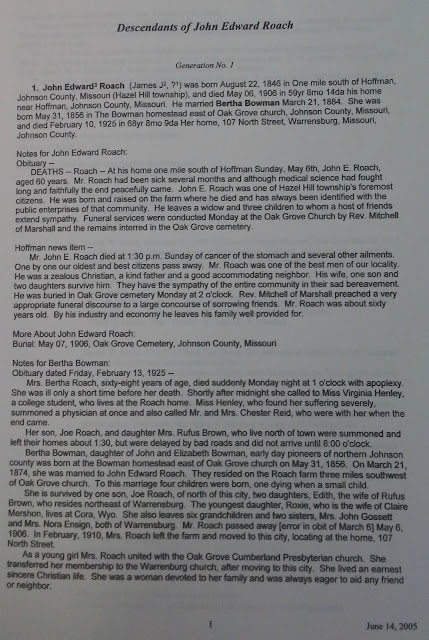 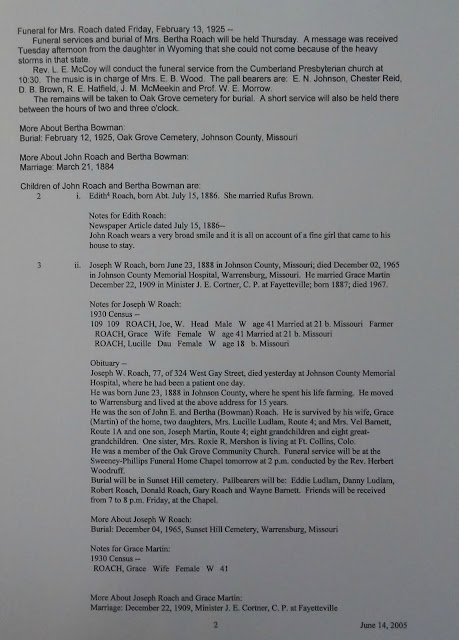 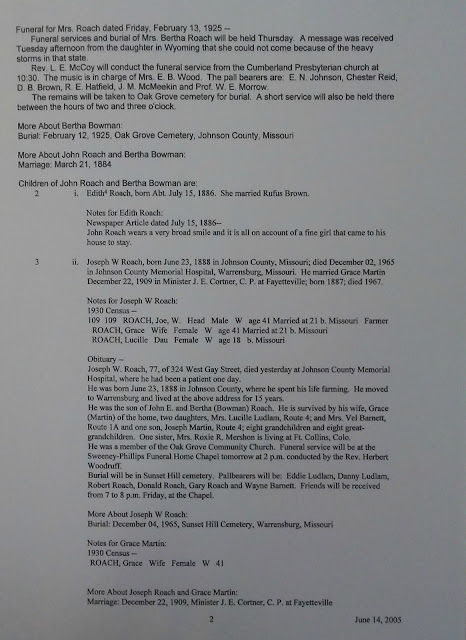 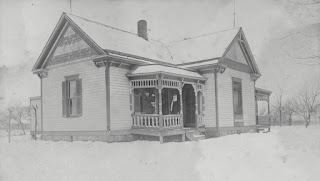 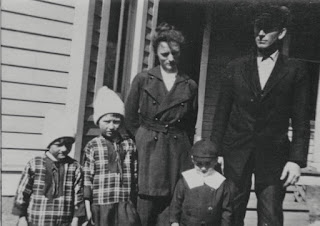 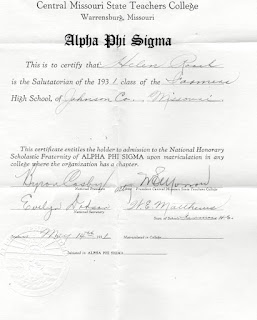 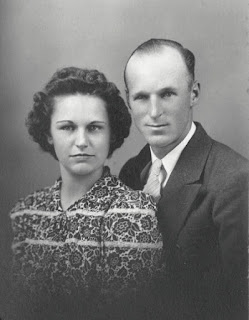 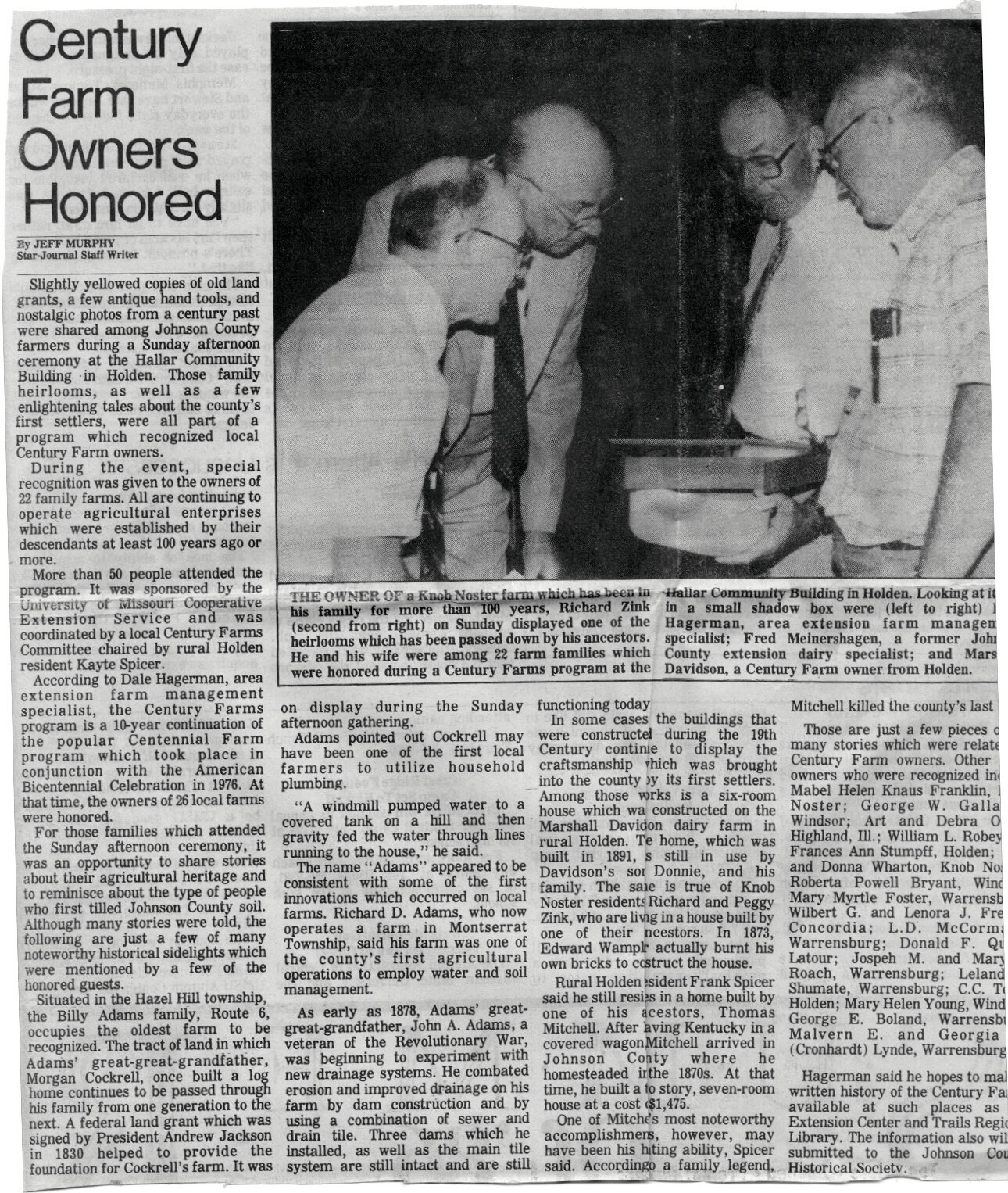