George Boland of Warrensburg Passes Away 2009 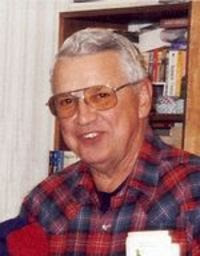 George Earl Boland, 73 of Warrensburg, Missouri passed away Wednesday, September 2, 2009 at St. Luke’s East in Lee’s Summit.
George was born June 18, 1936 in Warrensburg, the son of Harry A. and Mayola Playford Boland. He graduated from the Warrensburg High School. He was united in marriage to Letha “Sue” Coffey on August 22, 1964 in Warrensburg. He served in the Sedalia Unit of the Army National Guard. George purchased the Davis Paint Store in June of 1964. After selling the business in 1967, he became a police officer for the University of Central Missouri. He retired from the university in 1999 after 32 years of service. In addition to his career at U.C.M., George owned and operated Boland Enterprises, which comprises the Boland Farm, Boland Custom Picture Framing, Warrensburg Telephone Sales and Service and Warrensburg Lock.
Survivors include his wife, Sue of the home; a daughter and her husband, Sheila and Roy Pigman and their children, Skyler Pigman and Sierra Pigman, all of Warrensburg; his mother-in-law, Letha “Grammy” Coffey and a first cousin and her husband, Phyllis and Vernon Weinrich, also all of Warrensburg. George was preceded in death by both parents and a sister, Harriett Boland.
Funeral Services will be 2:00 p.m. Saturday, September 5, 2009 at the First Baptist Church in Warrensburg with Pastor Ben Wilson officiating. Interment will follow in Sunset Hill Cemetery in Warrensburg with Military Graveside Honors by Warrensburg Veterans of Foreign Wars Post #2513 and American Legion Post #131.
Pallbearers will be Larry Jennings, Scott Largent, Greg Biesmeyer, Tony Shackelford, Charles Coffey and Roy Pigman. Honorary Pallbearers will be Melvin and Diane Tacke, Gene and Donna Burden, Marion and Leona Droege, Jim and Linda Baker and Cecil and Sarah Campbell.