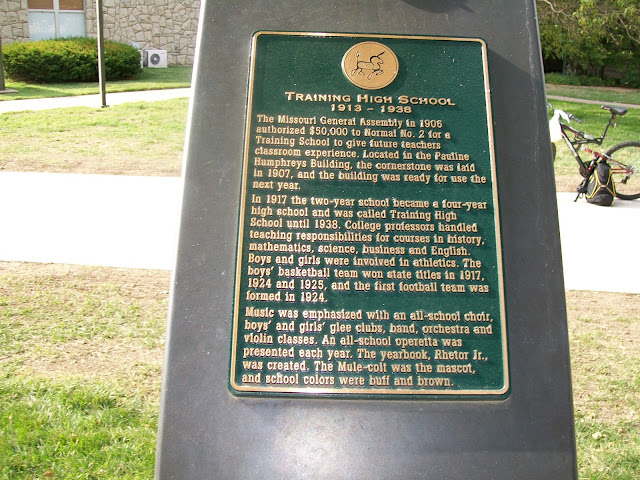 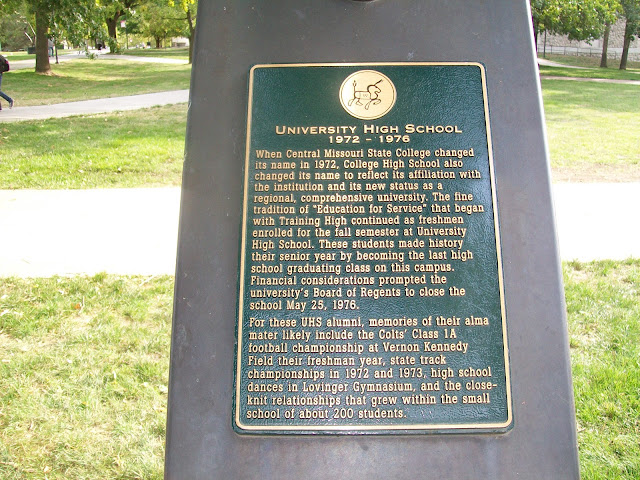 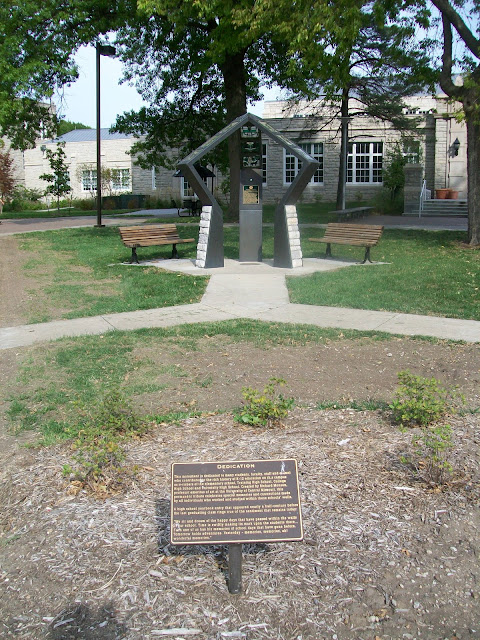 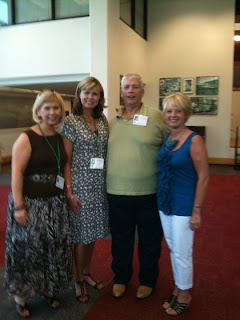 About 400 people took part in all-school reunion at UCM

WARRENSBURG, Mo. Nearly 400 people attended the 2010 all-school reunion for alumni, faculty and staff of the Training School, College High School and University High School last weekend on the UCM campus.
In addition to a golf tournament Friday afternoon at Pertle Springs and a social event at Heroes that evening, the celebration continued Saturday morning with a re-dedication of the lab school memorial west of the Morrow Building.
During the event, Missouri Sen. David Pearce, who attended the elementary school at UCM and spent two years at University High School, read a Senate resolution honoring the lab school and the contributions it made to K-12 education.
Mike Wright, dean of UCM™s College of Education, and Richard Monson, a professor emeritus of art who designed the memorial, were also among the speakers, as were planning committee members and College High alumni John Culp and Melissa Gower, co-chair. Both are from Warrensburg.
The luncheon that followed the memorial re-dedication included the recognition of the 50-year reunion class (1960), which presented a skit, and special remarks by Charles Gilbert, a UCM professor emeritus who taught history and social studies at College High and University High.
According to the Senate resolution presented by Pearce, the lab school™s roots date back to 1906 when the Missouri General Assembly approved $50,000 to construct the first training building. The Training School opened in 1913 and provided kindergarten through 12th-grade education to children of faculty members and to youth from Warrensburg and the Centerview area, which at the time had no high school.
As the university changed its name, the school became known as College High School from 1938 to 1972, then University High School, 1972 to 1976. University High closed in 1976 and Central Elementary School closed in 1980.
All-school reunions have been held every five years since the early 1990s, and are planned by a committee of alumni who work in cooperation with UCM™s Office of Alumni Relations and Development.
The next reunion will take place in 2015.