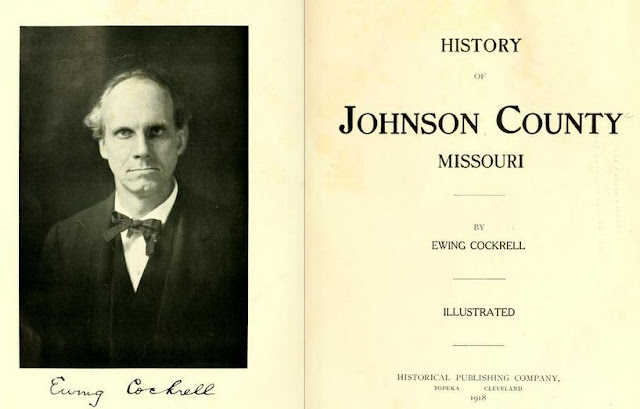 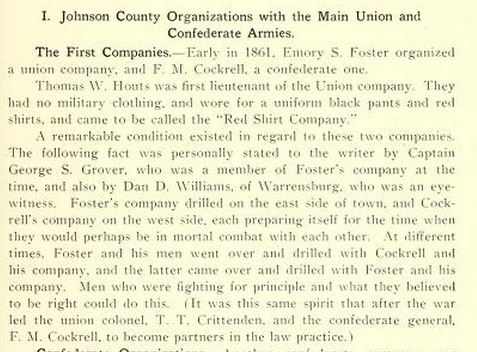 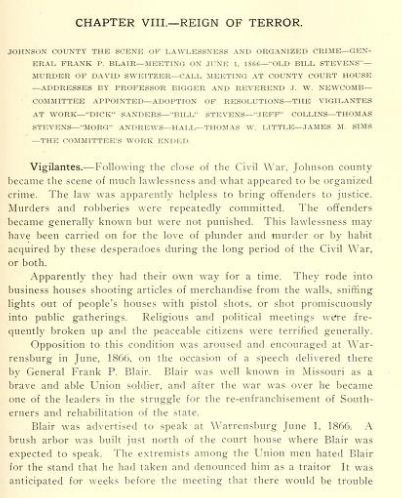 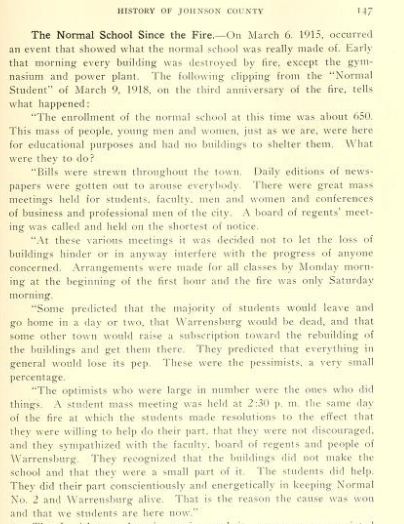 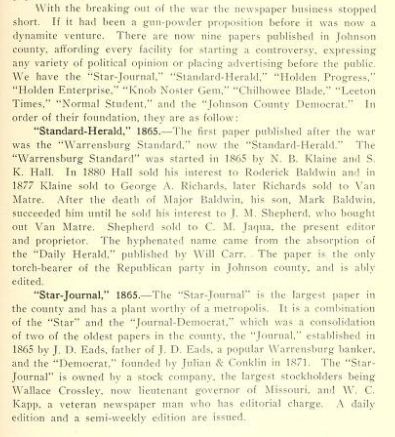 For ages the names of heroes have been given to places and things. During the history of America, its great men have been honored in the name of numberless counties, townships, cities, towns, municipalities and post offices. Robert Macklin White, a member of the Missouri state legislature at the time when Johnson county was organized, presented the name to the general assembly, which the county now bears. His recommendation was adopted December 13, 1834 to name the county in honor of Richard Mentor Johnson. R.M. Johnson was born near Louisville, KY, October 17, 1870 and died in Frankfort, November 19, 1850. At the age of 23 he was elected to the Kentucky legislature. Subsequently he became a member of the United States Congress, being elected to both the House and Senate. In 1836 he was a candidate for vice-president on the Van Buren ticket and again in 1840. He retired to his farm in Scott county, KY.
The first county court meeting was held April 13, 1835 at the residence of Mrs. Rachel Houx, near the present site of Columbus. Amos Horn had been appointed justice of the County Court with John Townsend being appointed clerk pro tem and James Carmichael filling the position of assessor. On the second meeting of the County Court, held on May 4, 1835, Richard Hancock was appointed collector for the county. It was at this time that the county was divided into four townships: Jackson, Washington, Jefferson and Madison, which roughly divided the county into quarters, with Jackson being to the NW, Washington to the NE, Madison to the SW and Jefferson to the SE. As of 1881 the four original townships had been divided by the following additional townships:
Today the county is divided basically the same way except for the addition of Montserrat Township which was added between the townships of Warrensburg and Washington.The above information is taken from the History of Johnson County, Missouri. The above information is Bill Pennington©1999 in the html format.

Click on the blue title to read the book