Washington Township, 1881 List of Businesses in Knob Noster and 1918 History of the Township


WASHINGTON TOWNSHIP
1918 History (Knob Noster)
Source: "History of Johnson County, Missouri" by Ewing Cockrell, 1918
Transcribed by  Karen Hammer -2009
Washington was one of the first four townships of the county and originally comprised approximately the northeast quarter of the county. It was organized May 4, 1835. It was named for George Washington. 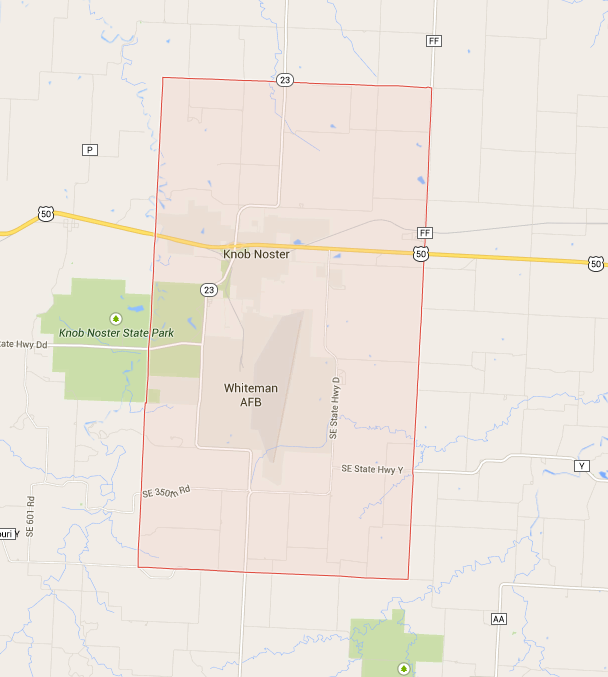 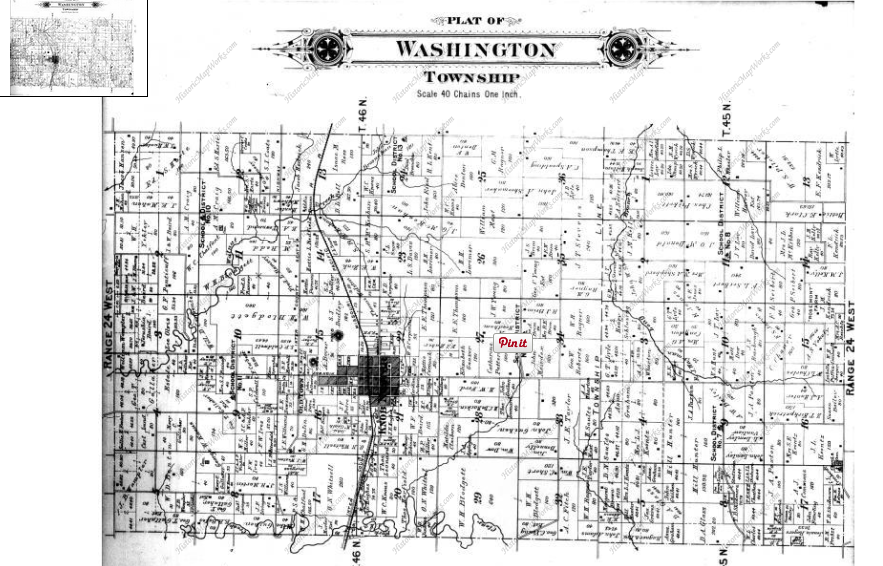 Knob Noster.-One of the unusual physical features of the township is what is known as the Knobs, two prominent knolls located just north of the town of Knob Noster, from which the town derived its name. They both rise a considerable height above the surrounding country. Much conjecture and a great deal of unreliable tradition envelop the history of these mounds. The early settlers for many years regarded these knobs as prominent land marks. An Indian tradition is that a great battle was fought here at one time. Human bones have been exhumed from these mounds but the mystery of how they came there is still unsolved. There is also an Indian tradition that these mounds are the hiding place of valuable treasure which was buried here some time in the past. Concerning the curiosity with which these mounds were viewed as late as 1879, the following article appeared in the "Knob Noster Gem," under date of November 28, 1879: "Just north of Knob Noster are two hills known as the Knobs. For some time there has been talk of the possible contents of these Knobs but almost everybody laughed at the idea of them containing anything more than the surrounding land. However, there were a few who still thought there was a bonanza in the hill if it could only be gotten out. 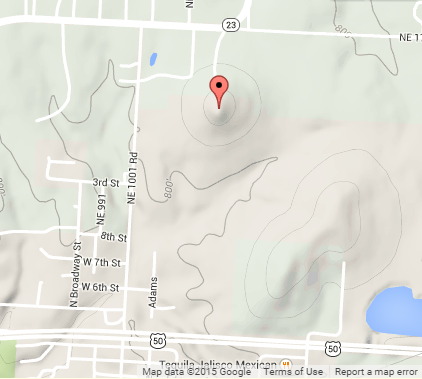 Knobs of Knob Noster, Missouri
Washington Township, Johnson County, MO
Last Saturday, W. L. Shockley and R. H. Carr shouldered a pick and struck out for the Knobs. After a few hours' digging they found the skeletons of several human beings, together with other curiosities, which were buried with the Indians, Mound Builders or whoever they were."

Early Settlements.-The first settler of the original Washington township of whom we have any record is said to have been John Leeper, who settled in what is now Grover township. Col. John Robinson states in the Johnson County History of 1881: "In about 1828, John Leeper. son-in-law of Peter Fisher, of Pettis county, settled in the woods in section 22, township 47 and range 25, and improved five or six acres. Just northeast of him in section 16 William Cheek settled about the same time and in 1831 built the old Gallaher mill in section 6, on Clear Fork." The first land entry by Cheek was November 30. 1832, in Montserrat township.