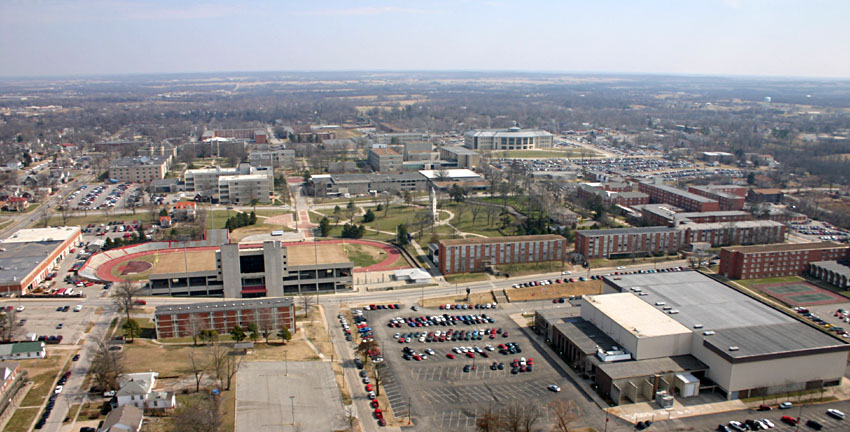 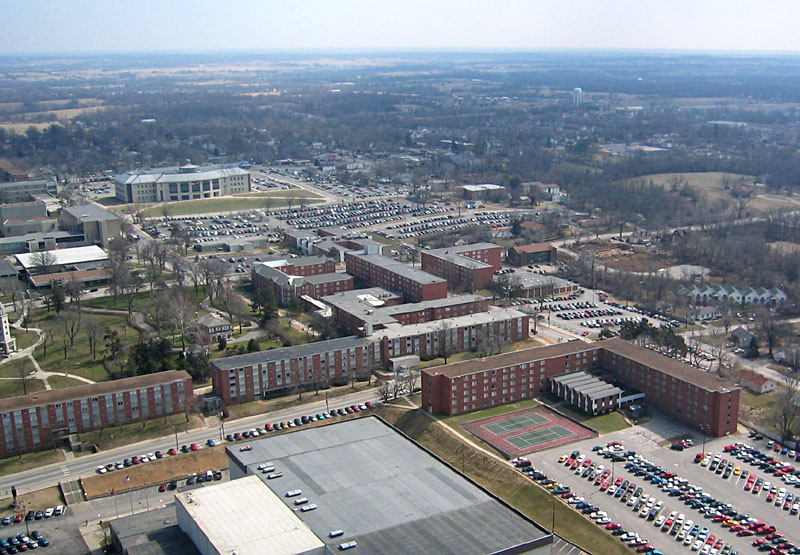 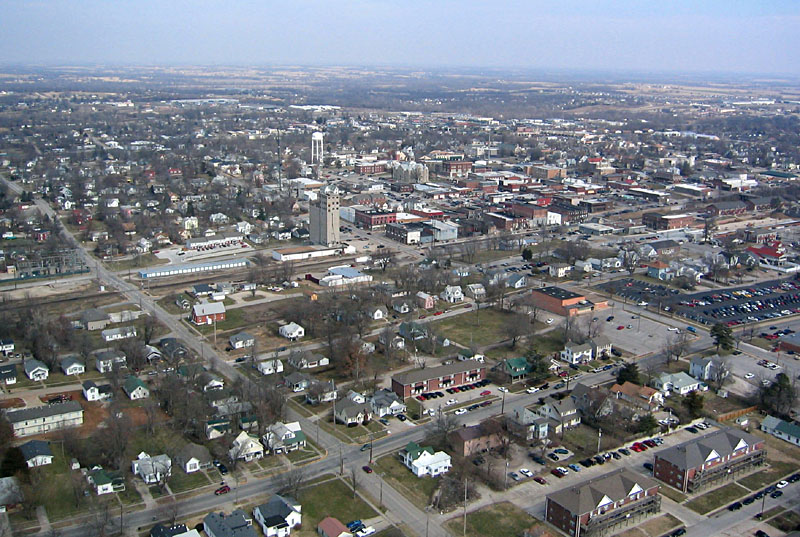 The authors were invited to present a seminar on small-format aerial photography at Central Missouri State University, located in Warrensburg, about an hour's drive southeast of Kansas City on US highway 50. The seminar was followed by an outdoor demonstration of blimp aerial photography, which we conducted on the athletic field on the west side of campus.

CMSU was founded in 1871 as a "normal school" for the preparation of teachers. It has since evolved into a multipurpose university with an emphasis on professional technology. Its proximity to the Kansas City metropolitan region draws many students and faculty from the urban environment. It also attracts students from rural areas of western Missouri as well as many other regions.
Our visit took place in early March, and we were lucky to experience some early spring weather--mostly clear to partly cloud sky, light and somewhat variable wind, and afternoon temperature ~60°F--ideal conditions for using our helium blimp to lift various camera rigs. This venture was all digital--film cameras were left at home, a first for us. Following is a superwide-angle view of the CMSU campus taken with a Canon Digital Rebel camera equiped with a 10-mm lens (16 mm equivalent for std. film camera). View is toward the east. All imagery © J.S. and S.W. Aber (3/05).