March 8, 1873 "Marriage on Wheels" Wed in a Covered Wagon at the Old Courthouse Square, Warrensburg, Missouri 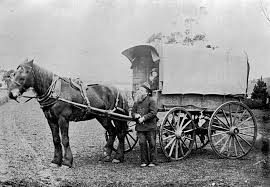 
Wedded In a Wagon on a Public Square. (Old Courthouse)
[From the Warrensburg, Missouri (Standard, February 25th. 1873] On last Friday afternoon as one of our popular Justices, Win. P. Ashbury, was in meditation deep among the papers pertaining to his law cases, and heavy step was heard on the stairway and along the hall leading to his office. The door was opened without any ceremony, and in rushed a man in a state of excitement not usually seen in our quiet city. "Are yon the Squire?" he asked, as he wiped the perspiration from his heated brow. "I am," replied the Justice. " Well, I want to get married, and want the thing done right away. "All right,' said the Justice, "bring on your woman." 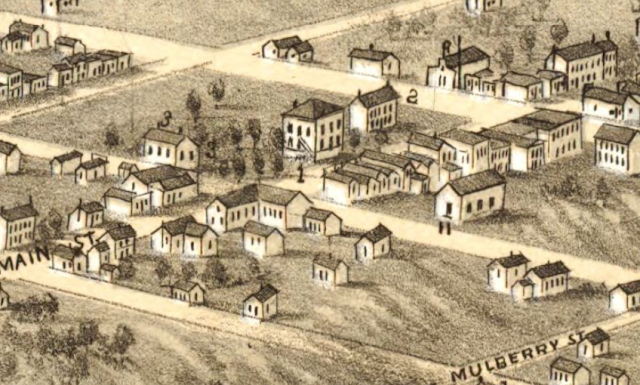 The excited individual then informed Justice Ashbury that the fair and expectant one was in town, and that he wanted the squire to go to her with him, and perform the ceremony. After a few preliminary arrangements, which included the fee and marriage certificate, the Justice followed the gentleman and finally brought up with him at the side of a covered wagon on the street near the public square. " Here, Maty," said the man, " I've brought the "Squire," and raising the side of the wagon cover the form and features of a handsome young woman were revealed to the astonished Justice. "Mary do you wish to marry this man " inquired the Justice, solemnly. " I do," faltered the blushing bride. "Shall — shall she get out on the street, sir?" stammered the soon-to-be husband. " No," said the Justice. "Sh — shall I get in the wagon, then?" continued the man. who had some main idea of the propriety of the thing. "No," said the Justice; "stand up by the side of the wagon and take Mary by the hand." 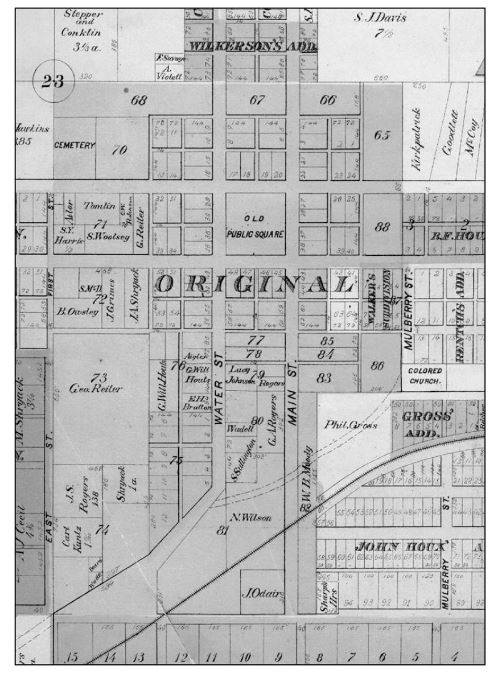 This being done the two were solemnly made one. under cover only of the white-sheeted wagon and the blue canopy of heaven. A number of ladies and gentlemen passed by near the parties, but knew nothing of the interesting ceremony that was taking place. Thus the legal bonds were hound around the already united souls of William Mize and Mary Catherine Palmer.