Johnson County in the Western part of Missouri has an area of 790 square miles. It is drained by the headstreams of the Blackwater river, an affluent of the Lamine, and by the Postoak fork and Clear fork of the first-named river. Big creek also flows through the S. W. part of the county. The surface consists of prairies and woodlands, the former of which are estimated to be the most extensive. The soil is generally good and particularly favorable to grazing. Indian corn, wheat, oats, hay, wool, cattle, and swine are the staples. In 1850 the county produced 445,895 bushels of corn; 22,930 of wheat; 89,245 of oats, and 1247 tons of hay. It contained 12 churches, 1151 pupils attending public schools, and 205 attending academies and other schools. Extensive beds of stone coal are found in the county. The streams furnish motive-power for numerous mills. Capital, Warrensburg. Population, 7464, of whom 6585 were free, and 879, slaves.
Reference: 1854 U.S. Gazetteer, J, p. 548 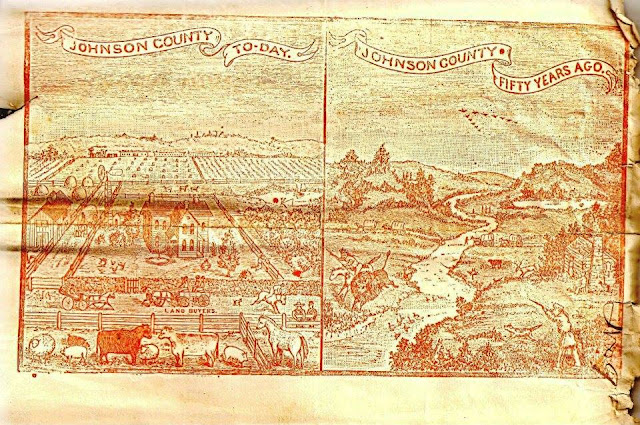 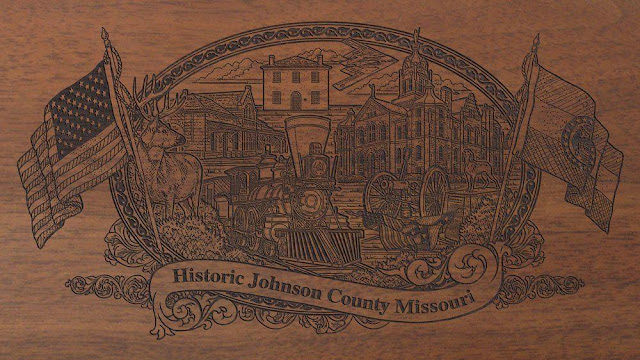