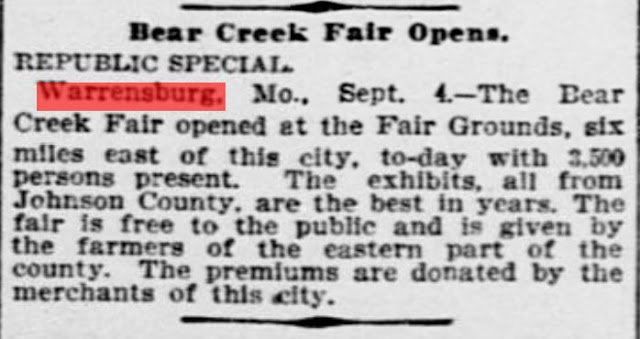 Republic Special
Warrensburg, MO., Sept. 4.--The Bear Creek Fair opened at the Fair Grounds six miles east of this city, to-day with 3,500 persons present. The exhibits all from Johnson County, are the best in years. The fair is free to the public and is given by the farmers of the eastern part of the county. The premiums are donated by the merchants in this (Warrensburg) city.