WHO RULES IN JOHNSON COUNTY. Warrensburg, Mo., December 4, 1862.
Major Mullen, Provost Marshal. Sedalia, Mo.
Sir: Our county has been infested for the last six months with a most daring band of horse thieves, who have stolen not less than three hundred mules and horses, which have been taken to Booneville, Mo., and to Sedalia, and sold to horse buyers. The plan adopted by this band of thieves is this:
They bring the stolen property within two or three miles of your lines, and then take the buyers out to where the stock is and sell it to them. 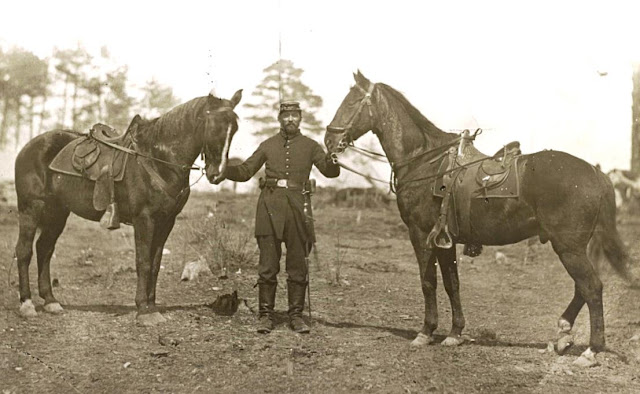 There is a large number of the E. M. M. belonging to Capt. Wm. L. Houts' company, of Johnson county, E. M. M. There is, likewise, a man by the name of Miller, belonging to Col. Phillips' regiment, 7th M. S. M., who is here now on furlough. 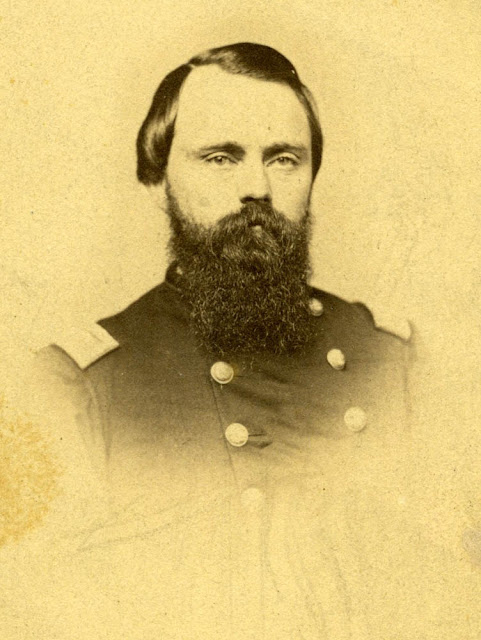 
John Finis Philips was born in Boone County, Missouri, on December 31, 1834. Admitted to the bar in 1857, Philips practiced in Georgetown, Missouri, until the Civil War began. He served as a member of the Missouri Convention in 1861, and was commissioned colonel of the 7th Missouri State Militia Cavalry on May 1, 1862. The regiment was primarily engaged in the pursuit of guerillas throughout the state of Missouri. Philips, continuing his political career, left the regiment on occasion. He attended a meeting of the board of curators of the University of Missouri, for instance, and was present at the 1863 Missouri State Convention. He returned to the 7th and took a prominent role in the pursuit of General Joseph Shelby during his Missouri raid in 1863. In 1864 the 7th was involved in the campaign against General Sterling Price during his Missouri raid, and Philips assumed command of a brigade. He was mustered out of the service in March 1865. Philips served in the U.S. House of Representatives from 1875-1877 and again from 1880-81. Ironically, in August 1883 Philips agreed to defend former Confederate guerrilla Frank James when the latter was indicated for complicity in the murder of a railroad conductor. James was acquitted. He also served as judge of the western district of Missouri from 1888 until he retired in 1910. Philips died on March 13, 1919, in Hot Springs, Arkansas. Carte-de-Visite by Troxell & Brother, St. Louis, Mo. Image Courtesy Wilson’s Creek National Battlefield; WICR 31832

These men are doing a large business, and it is believed that Capt. Houts, Lieut. John Buckman, and Lieut. Wm. Pace, are equally guilty with the men. I hope you will do all in your power to help us to ferret out and arrest this band of thieves. No property in the shape of horses or mules are safe while these men are permitted to roam over the county at night, as is the case at present.
These outrages have become intolerable, and we have to look to you for protection, and I hope you will leave nothing undone to bring tho guilty parties to justice. As I am a stranger to you, I refer you to Richard Gentry, of your county, as to who I am. You will please regard this letter as strictly confidential, only for yourself to see.
I am, very respectfully, your ob'dt serv't,