Sacramento Union Newspaper January 22, 1913 Story
SCHOOL TEACHER USES MOTORCYCLE TO TRAVEL
Regarding the motorcycle as more convenient and more economical than trains. Miss Mary McQuerry of Warrensburg. Mo. has forsaken plush-covered seats for a saddle. Miss McQuerry is a school teacher, having charge of a school at Chilhowee, eighteen miles distant from Warrensburg. She had been traveling back and forth to her school, being compelled to make a change of cars even in the short distance of eighteen miles. Her brother introduced her to the motorcycle with Its saving of time, money and patience. One trial convinced her. She now uses a motorcycle exclusively. It took her four hours and cost $3.60 every week when she traveled by train. On a motorcycle the round trip is In one hour and thirty minutes at the cost of a few cents’ worth of gasoline. And In addition, she gets a ride in which there is real pleasure, health and enjoyment. (Dirt roads too) 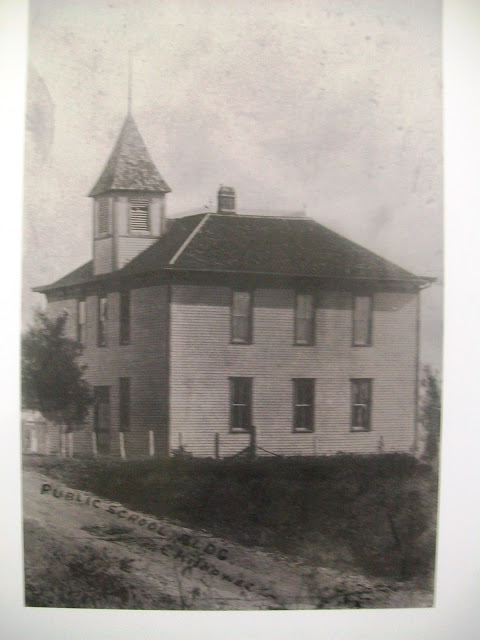 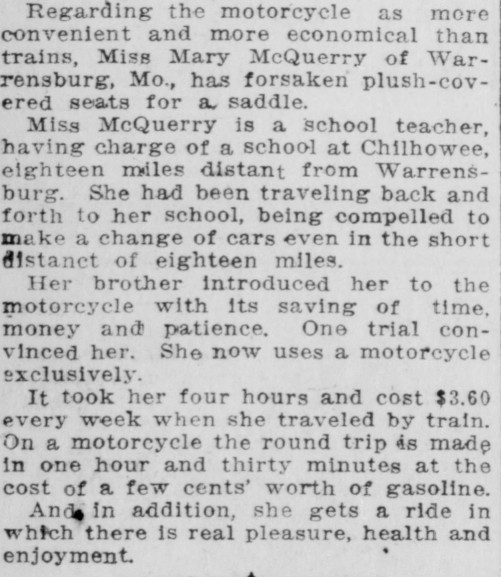 San Francisco Call Newspaper March 30, 1913
GIRL SELLS MOTORCYCLES Miss Flora Robertson has been added to the sales force of a Warrensburg. Mo., motorcycle concern, and has already convinced a number of girls of the pleasure to be derived from motorcycling. 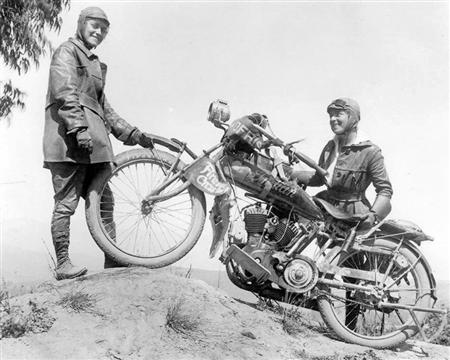 Motorcycling pioneers Adeline and Augusta Van Buren Sisters. Bought pair of Indian Powerplus Bikes. They were the first people ever to climb up and down Pike’s Peak. They, too, completed a transcontinental ride. Their 3,300-mile trip took almost two months, and they had to contend not only with many unpaved roads but also with social mores. Once they were arrested for publicly wearing trousers. 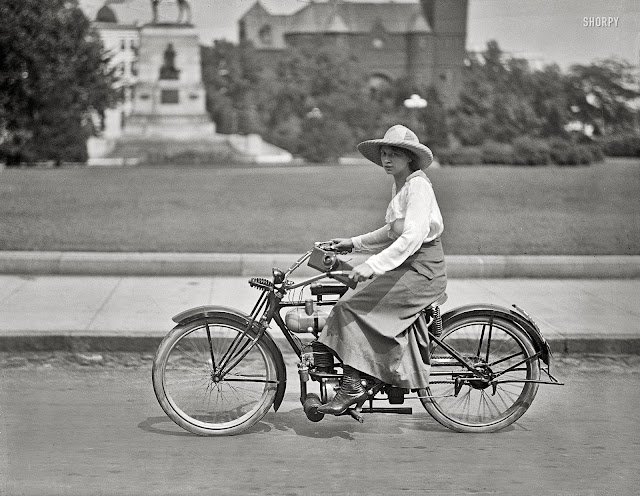