1915 Hiking in Henrys, or, Warrensburg to Salt Lake City via Yellowstone National Park 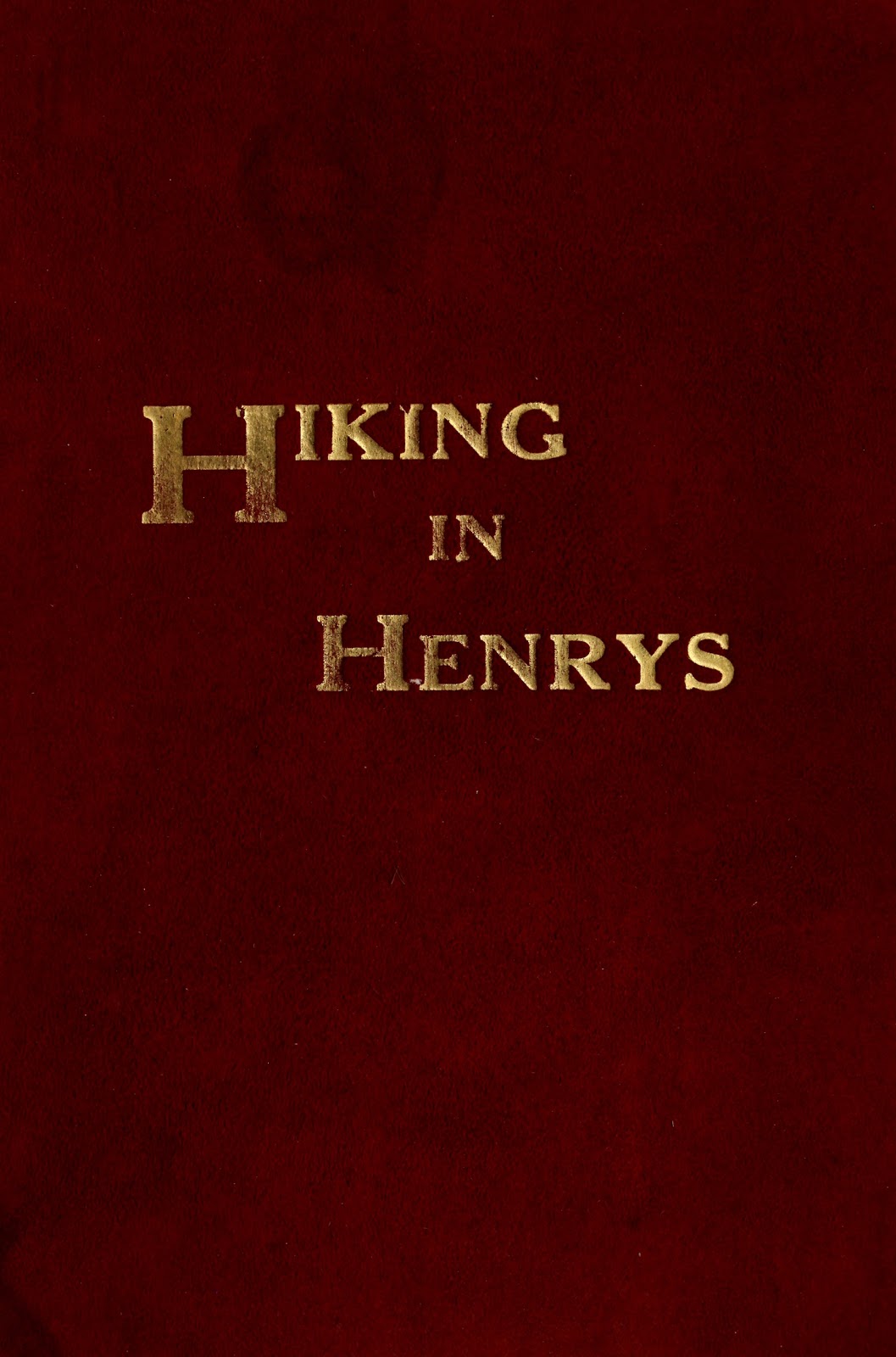 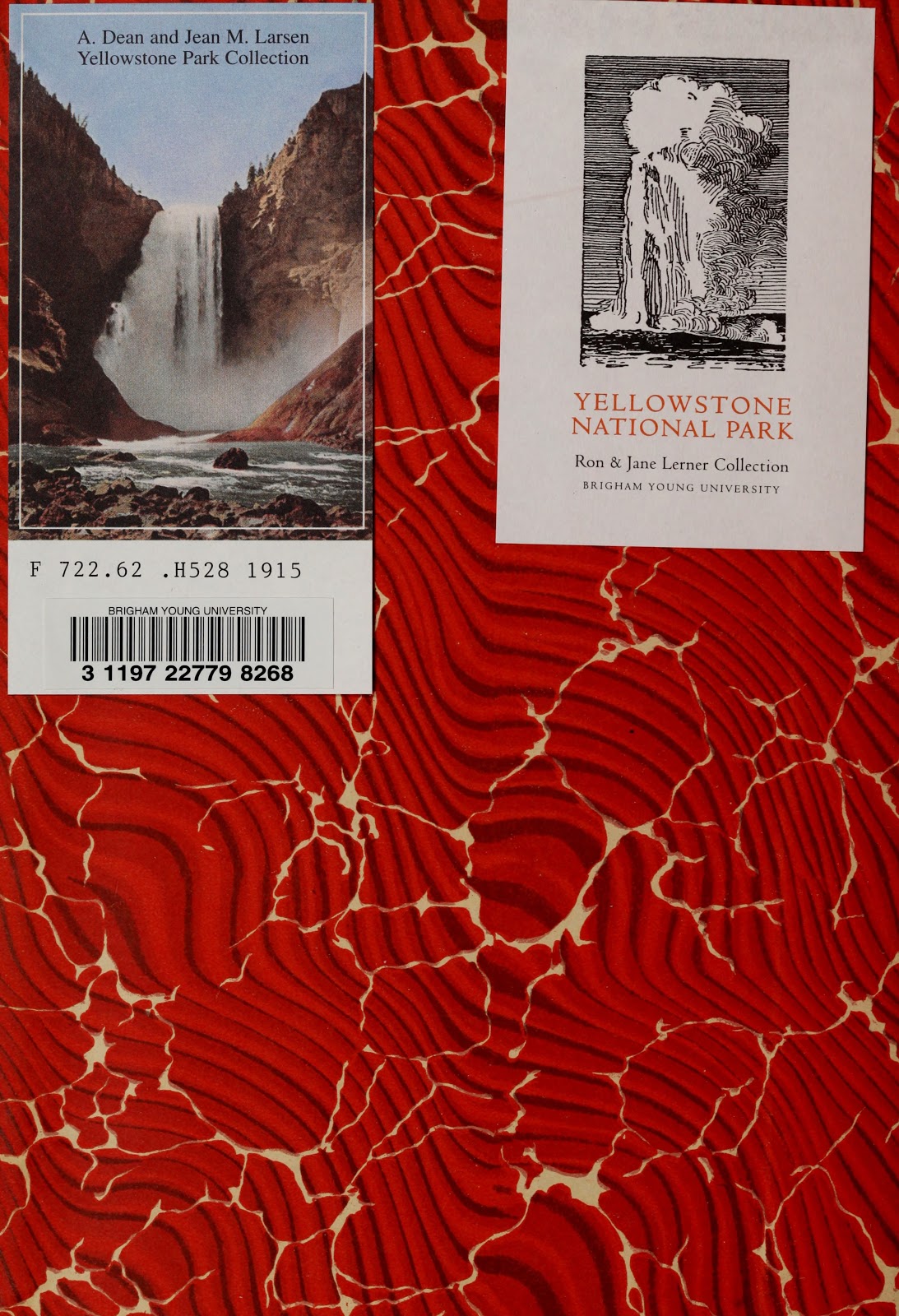 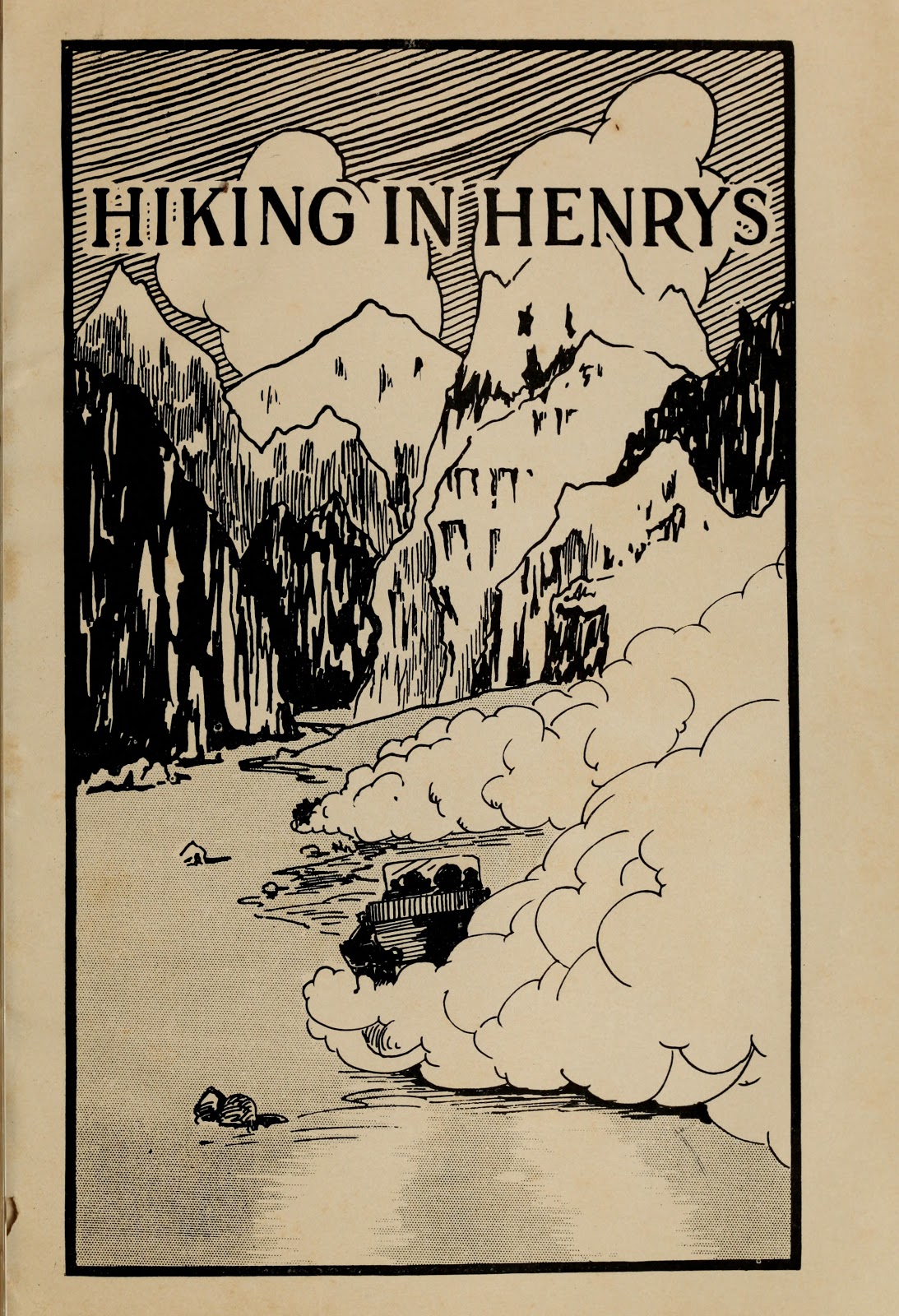 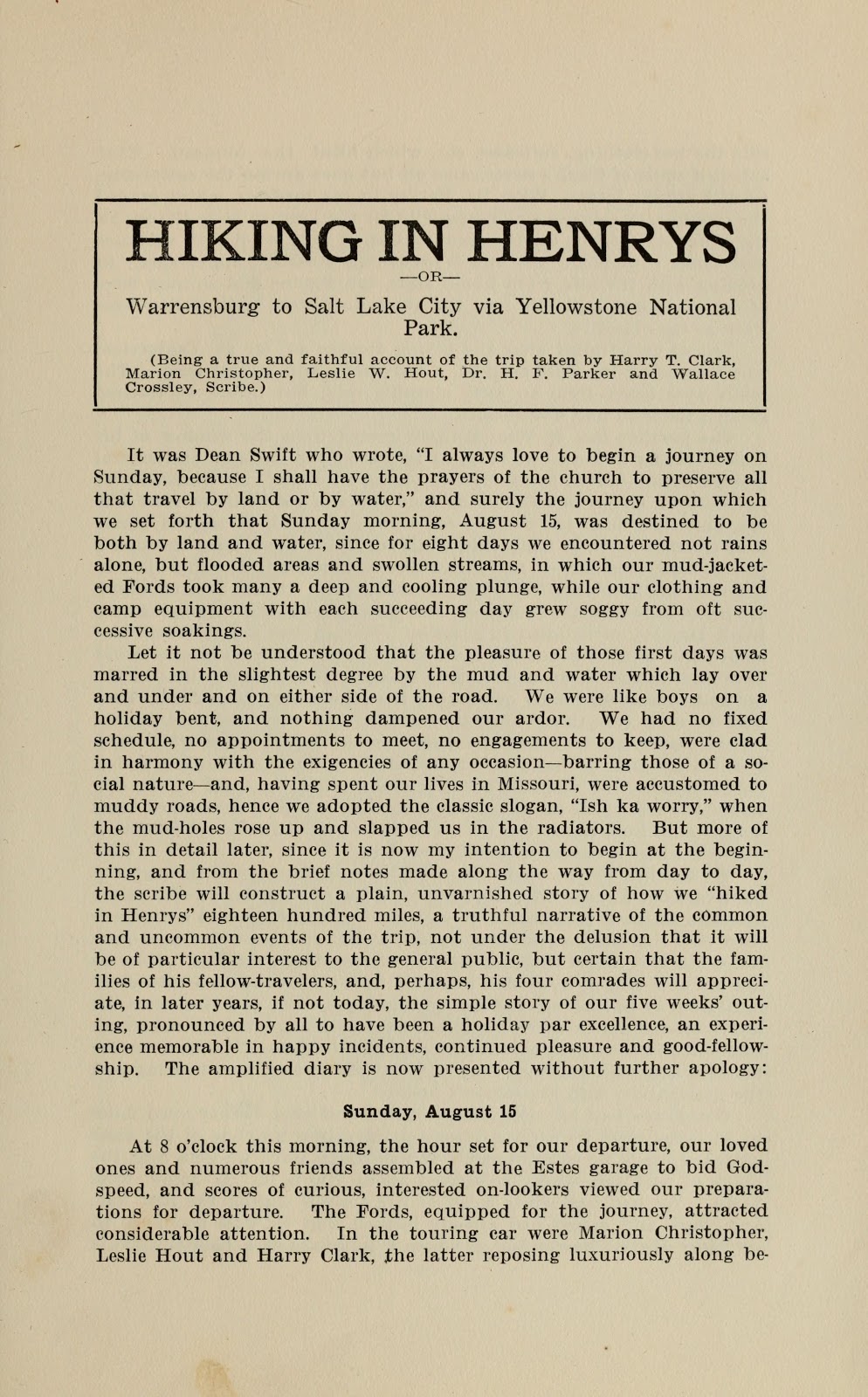 TO FOUR GOOD SCOUTS This amplified diary of one of the greatest experiences I may ever hope to enjoy, is affectionately dedicated. They were true comrades and to "hike" with them was a never-to-be-forgotten privilege, a perpetual pleasure, which will furnish me through life many delightful recollections. May this little story be to them a source of enjoyment, now, and in after years. 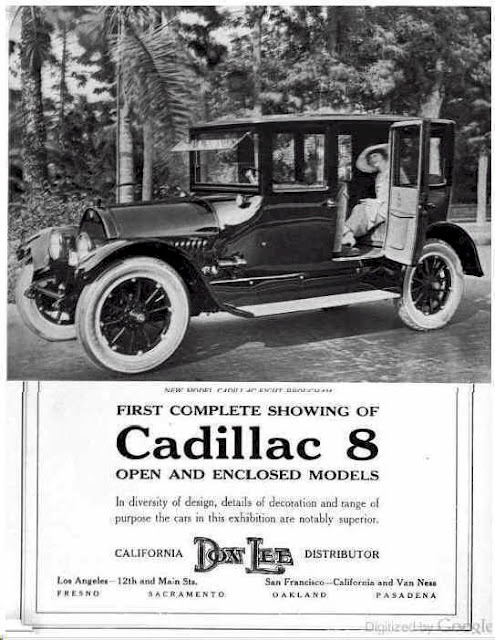 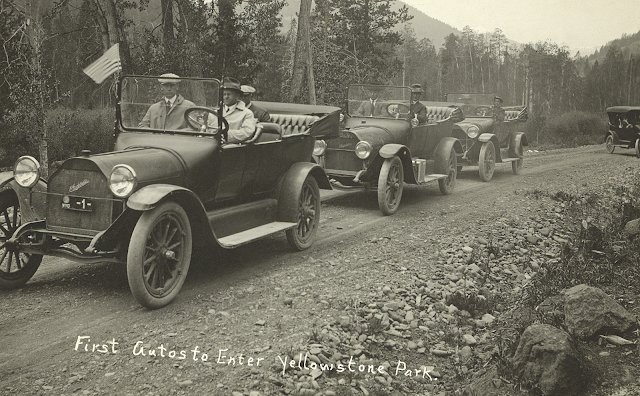 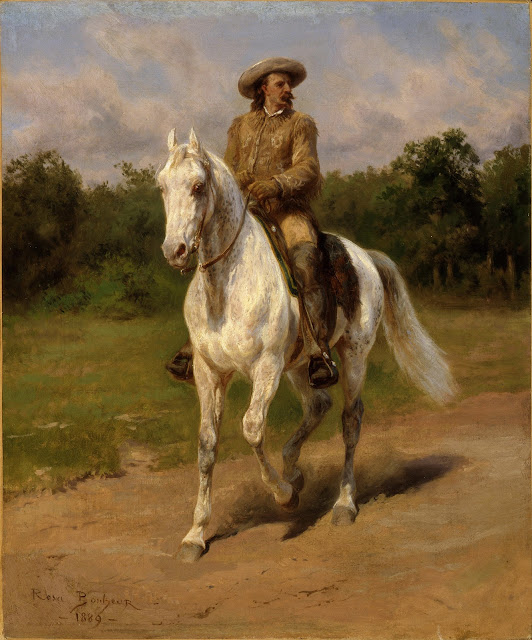 
*********************************************************
Harry F. Parker, M. D., the founder of the "Oak Hill Sanitarium" in Warrensburg, has not only pre-eminently succeeded in the practice of medicine in Johnson county but he has made a name for himself that is widely known and he is now only thirty-three years of age.  Doctor Parker was born January 8, 1884 in Johnson county, the son of Col. J. H. and Elizabeth Ann (Field) Parker, the former a native of Virginia and the latter of Missouri.  Col. J. H. Parker was the son of William  W. and Elizabeth A. (Higgins) Parker.  The father of William W. Parker, Solomon Parker, was of Scotch descent and a lineal descendant of one of the three brothers who emigrated from Scotland and settled in Jamestown, Virginia, during the earliest Colonial days.  William W. Parker came from Virginia to Missouri with his maternal grandfather, Mr. Higgins, and his son, J. H., and settled in Lafayette county in 1842, on tracts of land they had purchased and entered from the government. Their route to Missouri led over the Allegheny mountains and along the
national road from Cumberland to Wheeling, West Virginia.  Mr. Higgins died in Lexington, Missouri, in 1843 and in the same year his daughter, Elizabeth A. (Higgins) Parker, the mother of Col. J. H. Parker, also died.  William W. Parker and his son, J. H., were engaged in the pursuits of agriculture in Lafayette county, as were also the family of Fields, prominent pioneers of Missouri.  J. H. Parker and Elizabeth Ann Field were united in marriage in 1860 and to them were born the following children: William, a well known farmer and stockman; John, deceased; Frank, deceased; Joseph, deceased; Sallie, deceased; James H., who is engaged in the real estate and stock business in Julesburg, Colorado; Bettie, deceased; and H. F., the subject of this review.  Col. J. H.
Parker has been prominently connected with the early history of Johnson County.  Politically, he is affiliated with the Democratic party and he represented Johnson county in the state Legislature.  Col. Parker has also filled a number of appointive offices.  He is a member of the  A. F. & A. M. and the Cumberland Presbyterian Church.  While residing  in Johnson county, Col. Parker erected a church near his home and contributed generously toward its support.  A sketch of Col. and Mrs. Parker appears in the Biographical History of Missouri in the edition of 1915.  Harry Field Parker was one of the youngest students who have attended the Warrensburg High School, graduating at the age of sixteen years.  He entered the University of Missouri and was in attendance at
that institution for two years when he matriculated in the Medical School of Washington University, St. Louis, Missouri, graduating with the degree of Doctor of Medicine in the class of 1906.  For one year Dr. Parker was interne in the City Hospital of St. Louis, which was then under the direction of the board of health.  Dr. Parker had charge
of the Hearne Hospital in San Diego, California, for one year.  In 1908 he returned to Warrensburg, Missouri, opened his office, and began at once an extensive practice.  Three years after locating in Warrensburg, Doctor Parker founded the "Oak Hill Sanitarium," located at 519 South Holden street, which he still owns and maintains at a high standard.  The hospital has the best and most modern equipment and is always filled to its capacity.  The patients who have been taken there are among Doctor Parker's warmest friends and admirers upon leaving the sanitarium.  It has proven of great value and has filled a long felt need of the citizens of Warrensburg and adjoining counties.  Doctor Parker devotes his time exclusively to his large practice.  His practice is of a
general nature and he has proven equally efficient as physician and surgeon.  "Oak Hill Sanitarium" is open to all the physicians of Johnson County, who send many of their patients there.  It is under the official management of Mrs. Maude M. Irwin, a trained nurse who has been connected with the institution since its founding.  November 25, 1908, Dr. Harry Field Parker was united in marriage with Martha Sousley of Nebraska City, Nebraska.  She is the daughter of Capt. J. R. and Martha (Cheatham) Sousley, both of whom are now deceased.  At the time of her marriage, Mrs. Parker resided in Lowville, New York.  Doctor and Mrs. Parker reside in their home at 118 West Gay street in Warrensburg.
Besides his city residence, Doctor Parker is owner of the "Meadow Lawn Stock Farm," comprising 400 acres of the best farm land in Hazel Hill township, and it is devoted to the breeding of Shorthorn cattle.
====================================================================
USGENWEB NOTICE: In keeping with our policy of providing free information on the Internet, data may be used by  non-commercial entities, as long as this message
remains on all copied material. These electronic
pages may NOT be reproduced in any format for profit
or for presentation by other persons or organizations.

Persons or organizations desiring to use this material
for purposes other than stated above must obtain the
written consent of the file contributor.

This file was contributed for use in the USGenWeb
Archives by:  <>
Penny Harrell <Incog3678@aol.com>