I published this picture from the Simmon's studio collection of negatives on this blog about two years ago, but at that time, I was showing where Simmon's Studio was. Shively and the car just happened to be in the picture. Today you need to ignore the Simmon's Studio sign and the car (Alan Summers believes it's a 1950 Ford) and the little boy and concentrate on Shively's - and the fascinating woman who helped to run it. 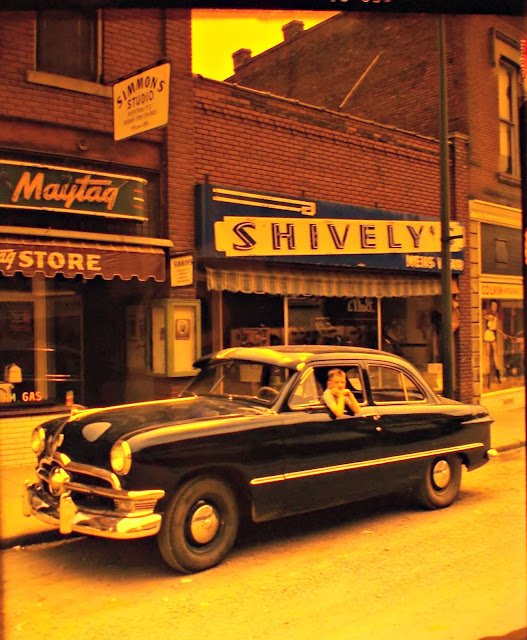 It opened just after WWII.  Maybe this is a picture of its grand opening. 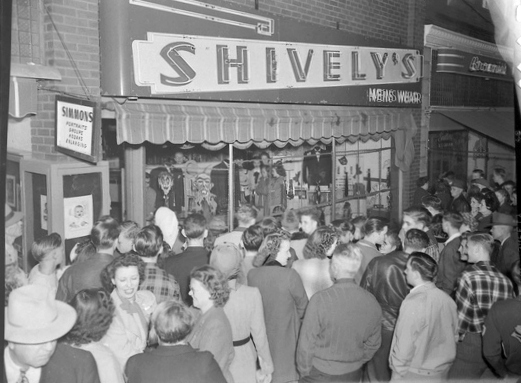 I'm not sure, but I do know that to attract a crowd like that, you have to be giving away something - and that's what happens at grand openings. 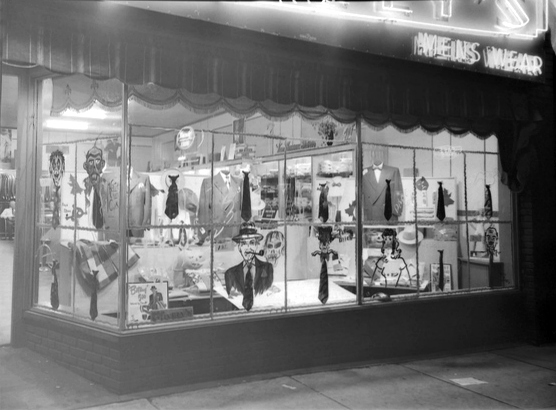 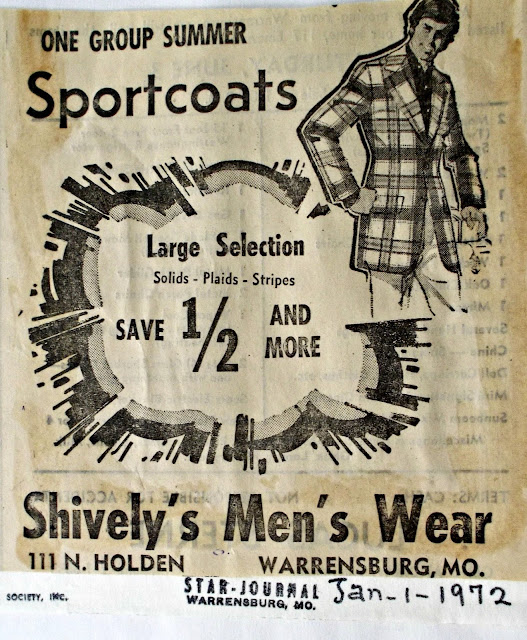 They stayed in business until the mid-70s which was the time of the most horrible men's fashion disaster since the 1500s when men wore those short shorts that were simultaneously provocative and appalling.

But I digress - I wanted to talk about Mrs. Shively. 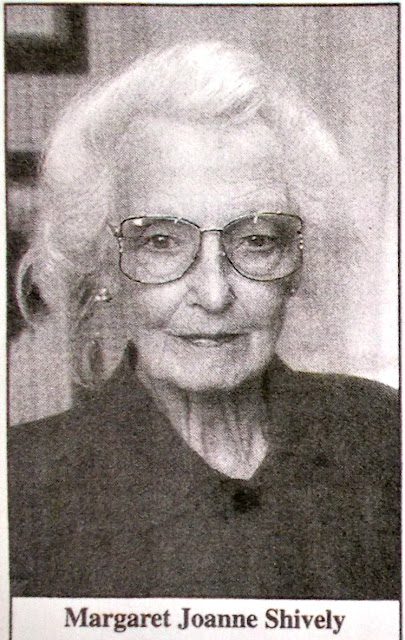 She left Warrensburg and went to Nixa, Missouri where she was so happy she lived to be 103.  A long life has some drawbacks. She outlived two of her four children - Jack and Marilyn. Here's some more pictures of Mrs. Shively. 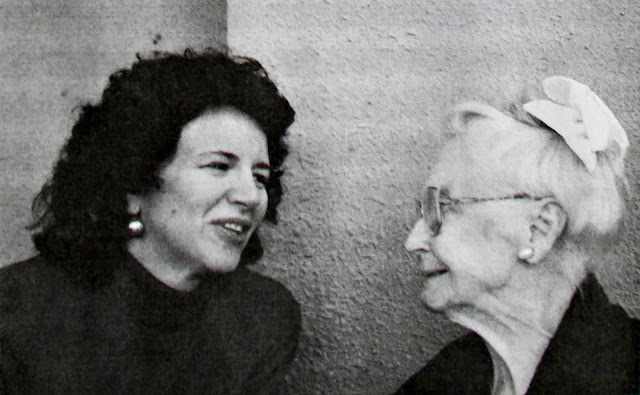 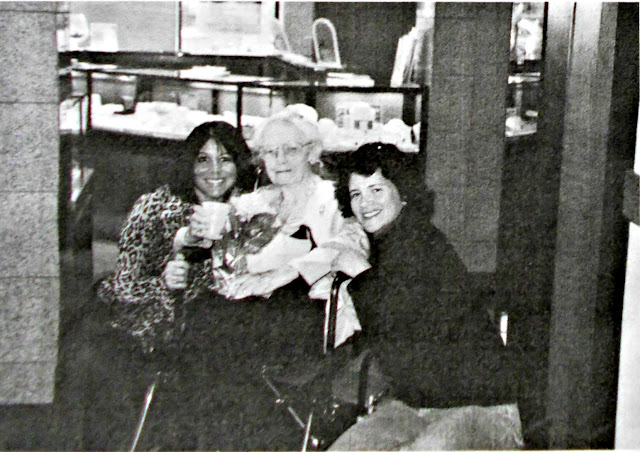 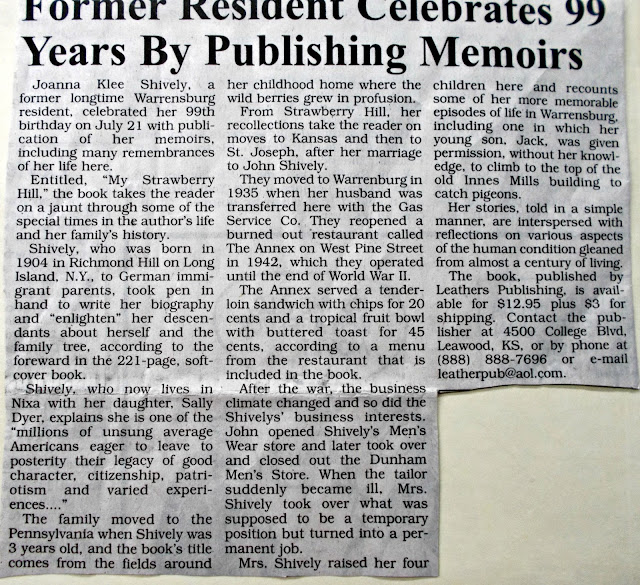 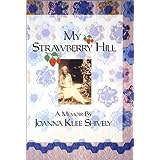 You can buy it on Amazon.com, My Strawberry Hill by Joanna Klee Shively 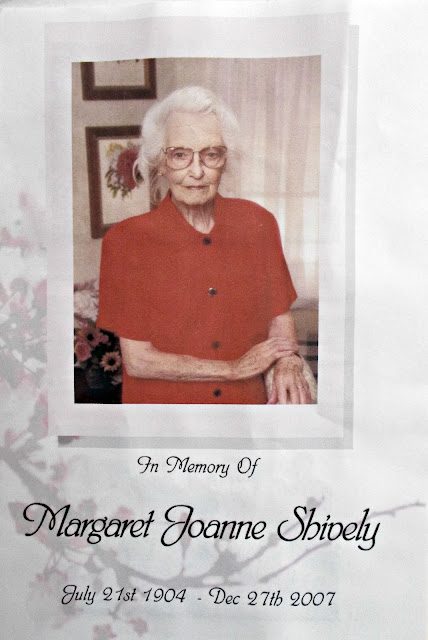 
Back in 1979, Joanne, her daughter Sally Dyer (who recently passed away), Dana (Joanne's grand daughter) and I all lived on Duncan Road together in Blue Springs... one of my favorite years ever! We called it Dyer's Dorm. Dana and I worked at Red Lobster on Noland Road in Independence. Joanne lived to be 103. All those girls ~ very special people.

I went to WHS with the Shively girls --all beauties. I have Mrs. Shively's book and it is a pleasure to read it. I wrote her about the book and she responded and I still have her lovely letter.
Lisa Irle My great aunt Lora Harrison worked at that Shiveley's store before she moved to Fosters just down Pine Street. I remember seeing Mrs. Shively altering clothes in a little room at the back of her store!
Here's a picture posted by Bruce Uhler of the Annex Restaurant that the Shivelys reopened in 1942.