Holden (elevation 850 feet)
In the latter part of 1858 Jacobs & Cummings erected a box house on the corner of Second and Olive Streets, and started a store containing all kinds of articles needed by farmers...About this time Dr. C. F. Carter...erected the frame building used as a residence in Holden...In the same year Horatio Cox built a blacksmith shop...
For several years before the town of Holden was laid out, there was a post-office northeast of the present site, a few hundred yards on the line of the stage running from Jefferson City to Independence. This post-office was kept by Mr. Isaac Jacobs and when Holden was laid out and Mr. Jacobs' store was put up, the post-office was moved there... (--History of Johnson County, 1881, pp. 451, 452, 470. Cockrell, p. 179.)
Holden at the junction of the M. P. R. R., with the M. K. & T. R. R. .. is the second town of importance in the county. It contained five churches, two hotels, one large flouring mill...about twenty stores, three lumberyards, one livery stable, one gun smith, one saddlery & harness shop, two carpenter shops, two grain depots and one nurseryman. Population about 2500. (--Campbell's Gazetteer of Missouri, p. 291.)
It was named for a public official. (--Our Storehouse of Missouri Place Names, Ramsay, p. 57.)
It covers several sections in Township 45 N, Range 28 West at the junction of 58 & 131. 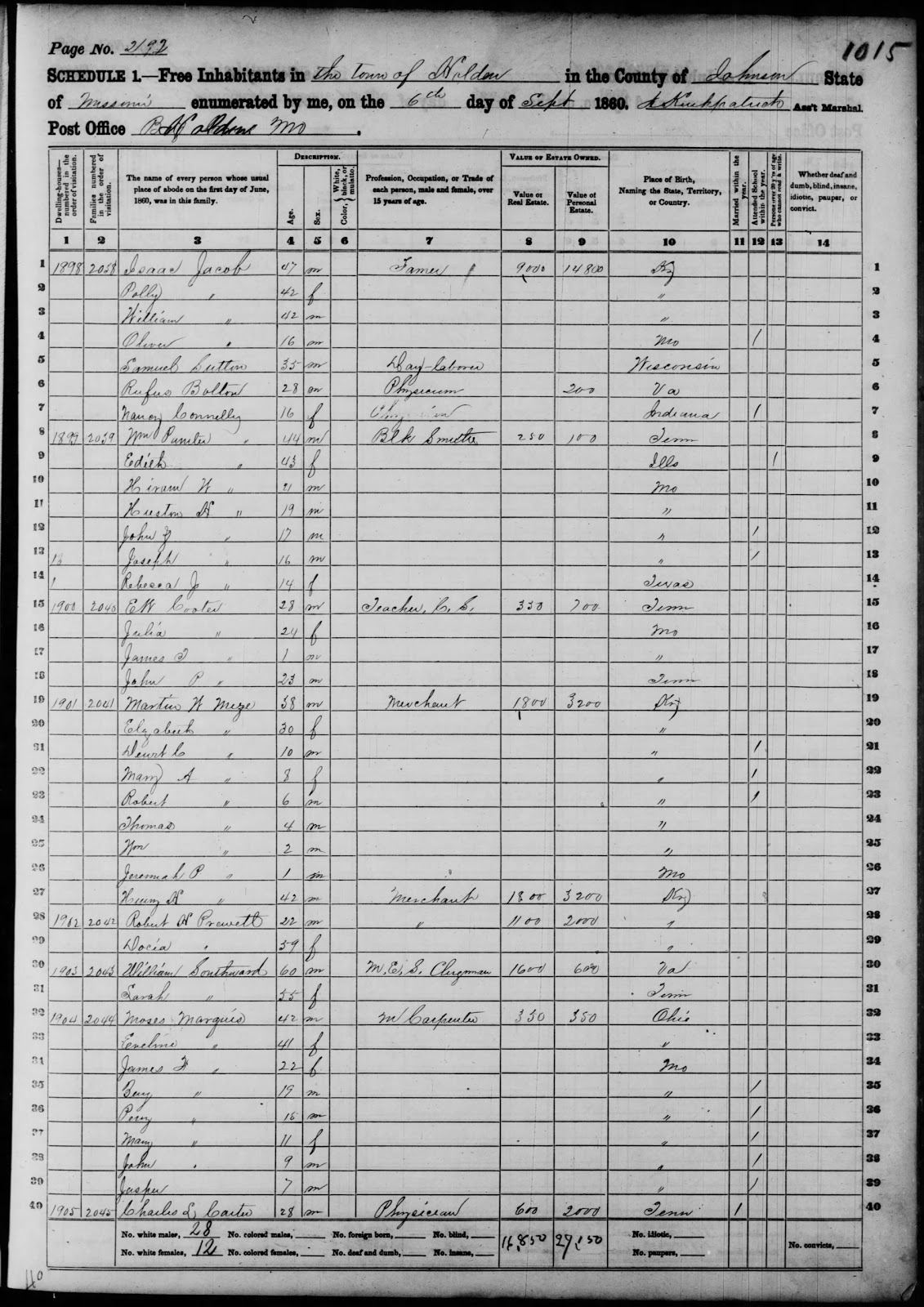 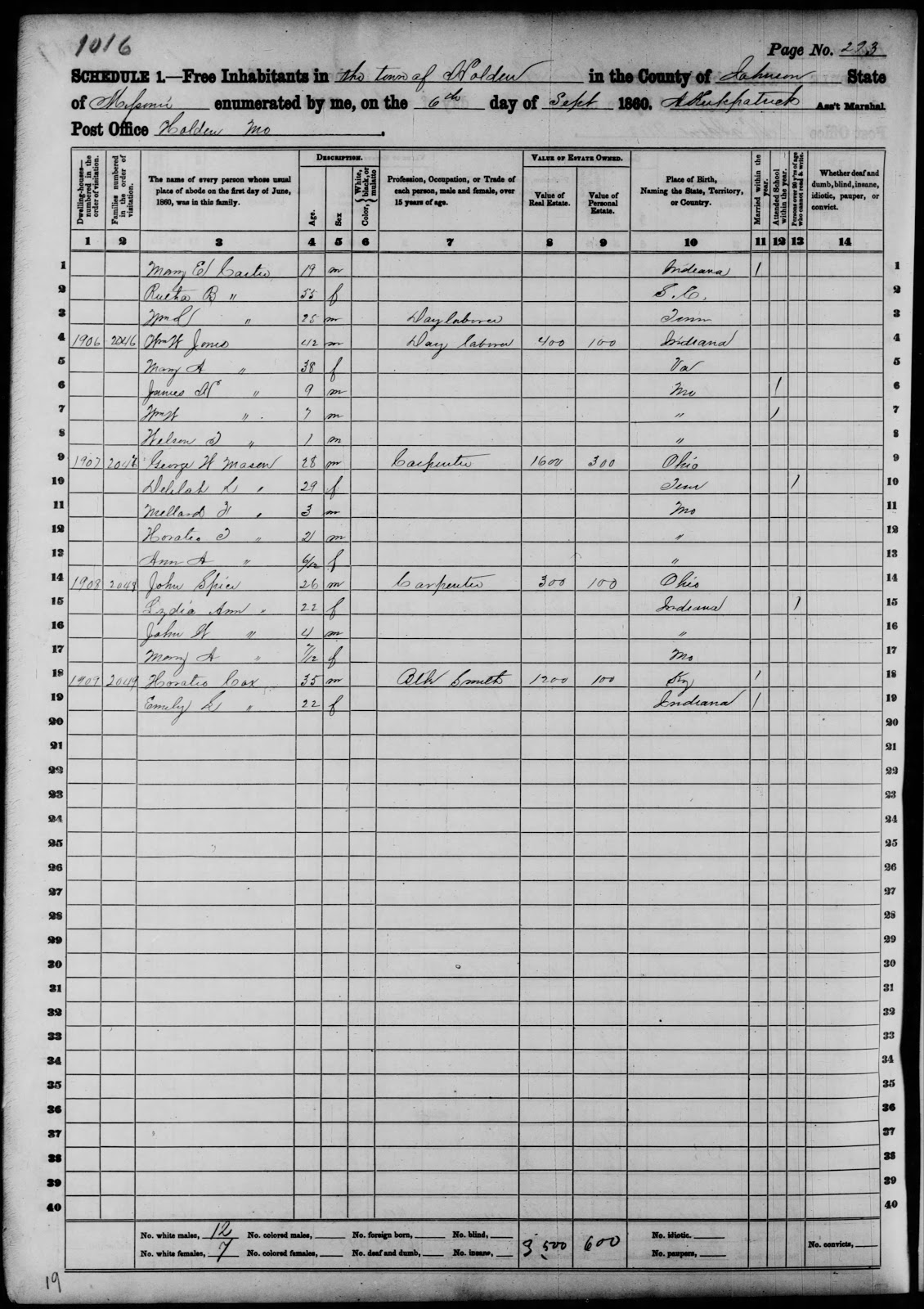