Fayetteville was founded in the mid-1840s, and named after Lafayette Collins, a local storekeeper. A post office called Fayetteville was established in 1856, and remained in operation until 1919. Hazel Hill Township, Johnson County, MO.

Air (Hazel Hill Township)
The first post-office in Hazel Hill Township was at the residence of James Borthurt, who was the first postmaster. This was long before the town of Fayetteville was known and the name of the post-office was Air. Later, when the new village of Fayetteville sprang up the office was given the name of Fayetteville, although the village was known as Hazel Hill. The first postmaster in the town was Ben E. Lemmon, who held the office until the Civil War broke out. (--History of Johnson County, 1918, Cockrell, p. 236. Referred to later as Cockrell.)

Fayetteville (Hazel Hill, Hazel Hill Township)
The town was named for Lafayette Collins, who was brought up here. The name Lafayette is contracted to Fayette and ville making it Fayetteville. Ben E. Lemon kept the first store here...
The first post-office was kept at the residence of James Borthick, who was the first postmaster. This was long before the town of Lafayette was laid out. The name of the office was "Air", so called for brevity and for the atmosphere around them. In the course of time the office was changed to the new village of Fayetteville, where it took the name "Fayetteville", and has borne it ever since, notwithstanding the popularity of the nickname, Hazel Hill, applied to the town. The first postmaster was Ben E. Lemon... (--History of Johnson County, 1881, p. 653.)
Fayette (Hazel Hill) ten miles north of Warrensburg, on the Lexington Turnpike...contained one church, and seven stores. Population about 200 - 1874. (--Campbell, p. 290.)
It is situated at Section 11, Township 47 N, Range 26 West on Highway H west of 13.
Mail via Warrensburg; population 50. (--Rand, McNally, 1974.) 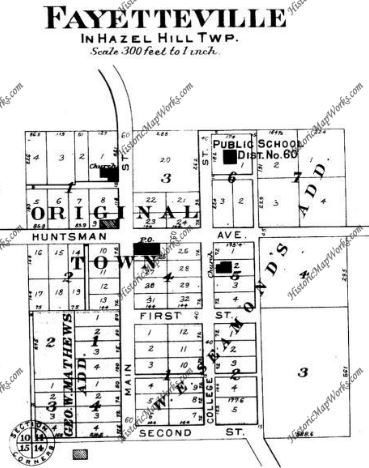 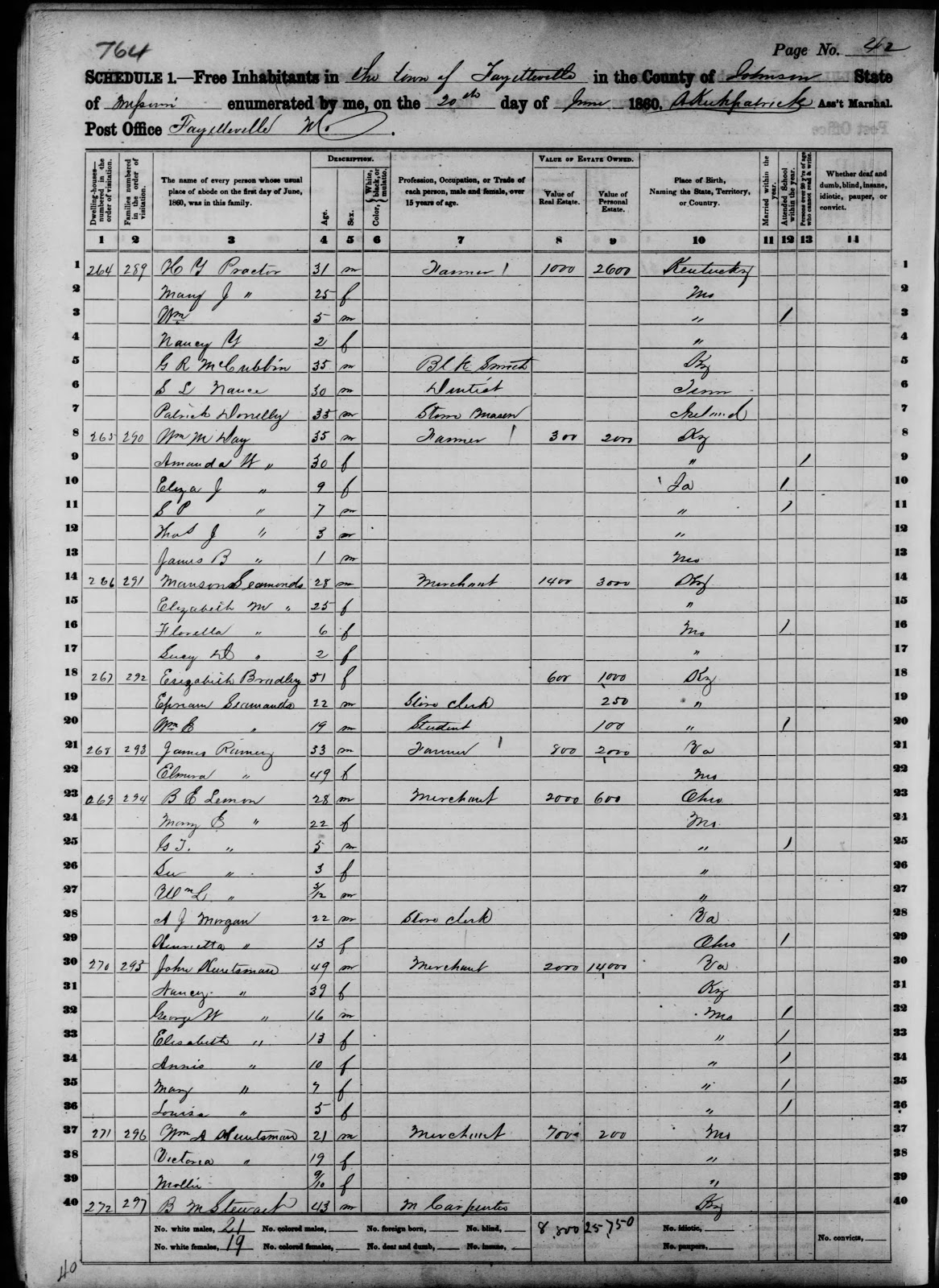 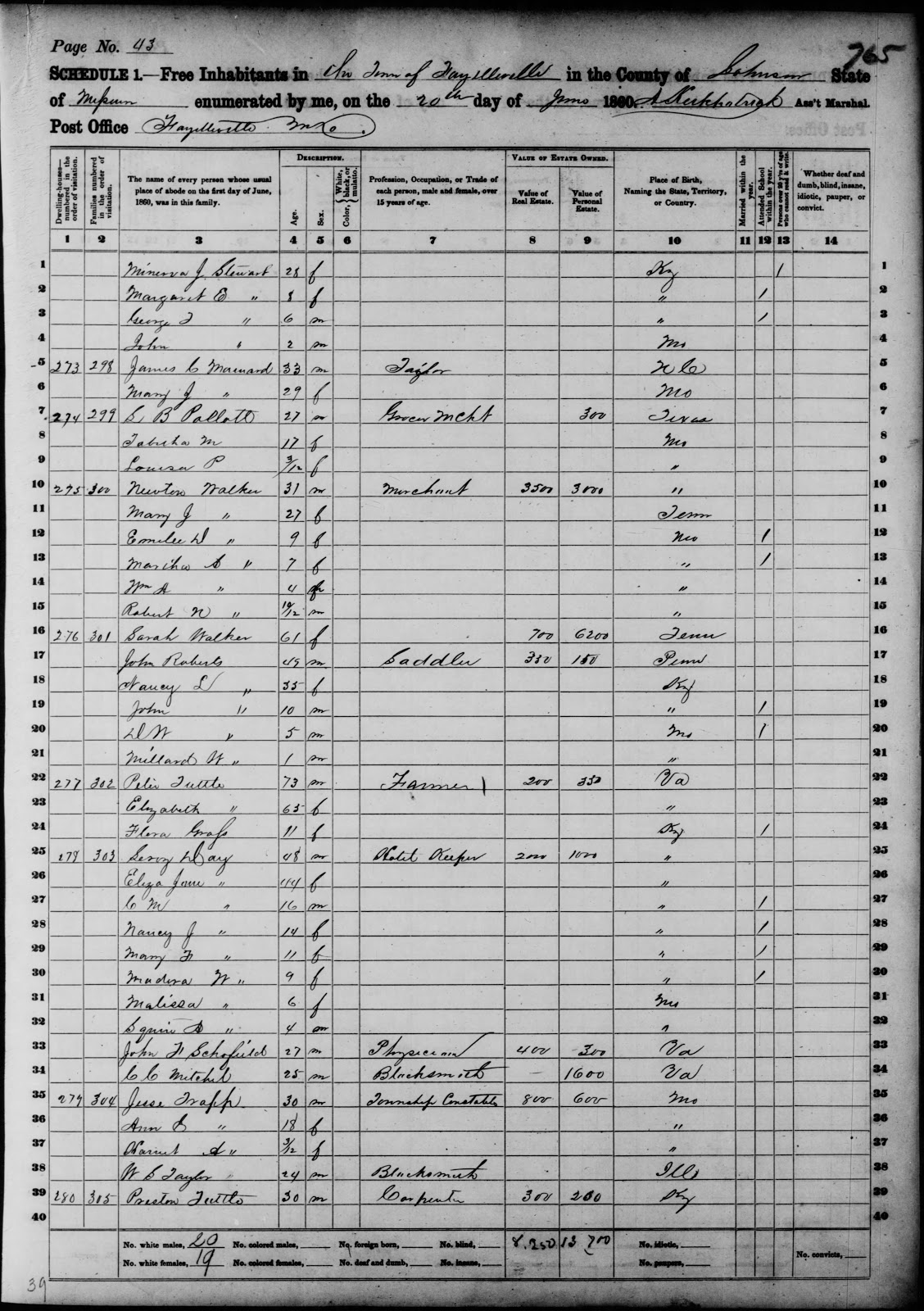 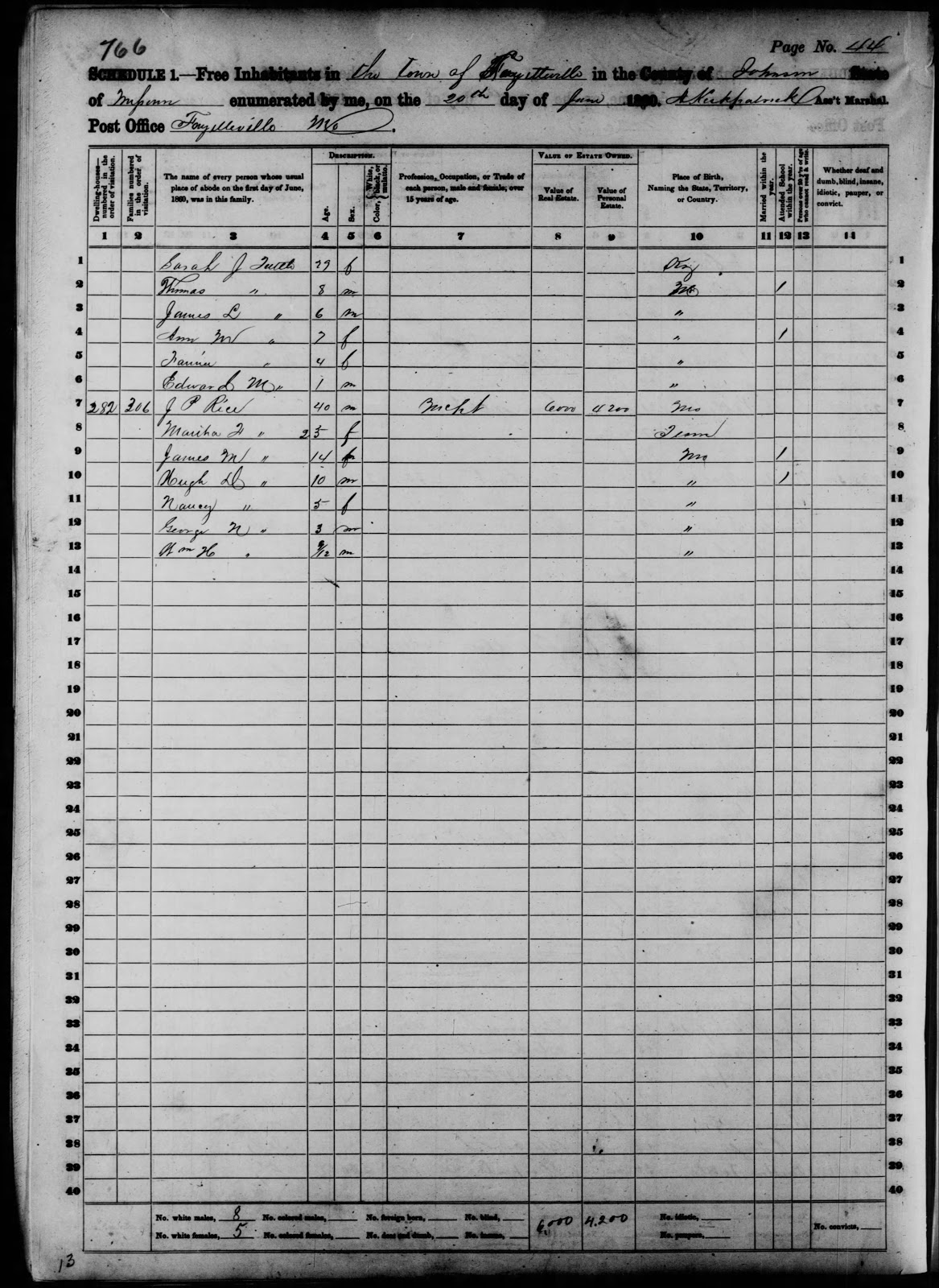 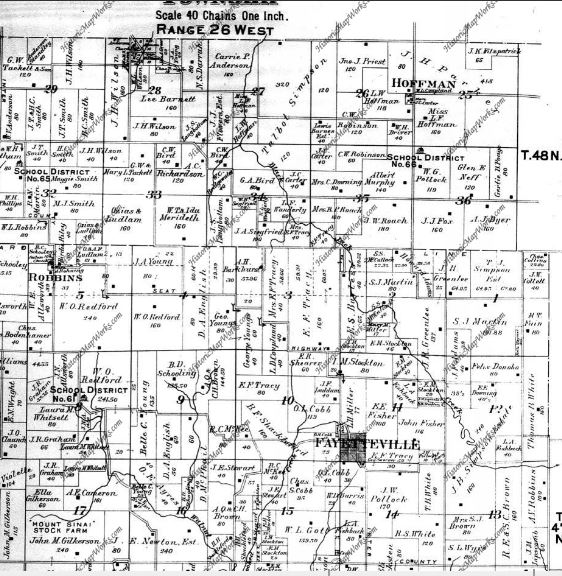 
By the time the 1860 census returns were ready for tabulation, the nation was sinking into the American Civil War. As a result, Census Superintendent Joseph C. G. Kennedy and his staff produced only an abbreviated set of public reports, without graphic or cartographic representations. The statistics did allow the Census staff to produce a cartographic display, including preparing maps of Southern states, for Union field commanders. These maps displayed militarily vital topics, including white population, slave population, predominant agricultural products (by county), and rail and post road transportation routes.