The building at 305-307 N. Holden St. was built in the 1890s.  One source says 1890; another says 1895. Either way, it is one of the oldest buildings in downtown Warrensburg. It is older than the three story MasonicTemple that adjoins its south side but its facade is is much better condition. The two-story two-part commercial block has brick cladding and a flat roof. 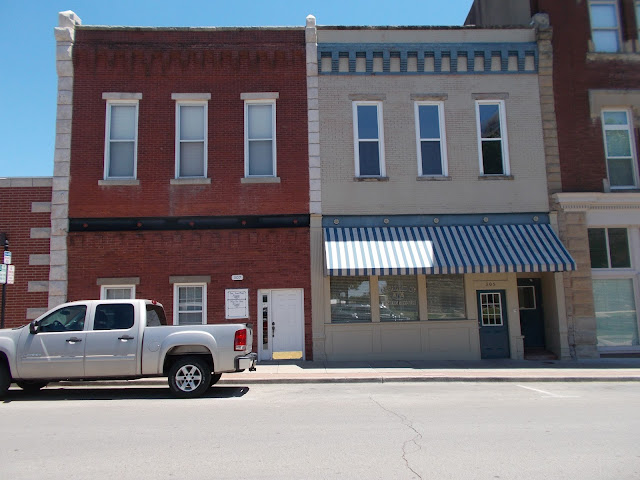 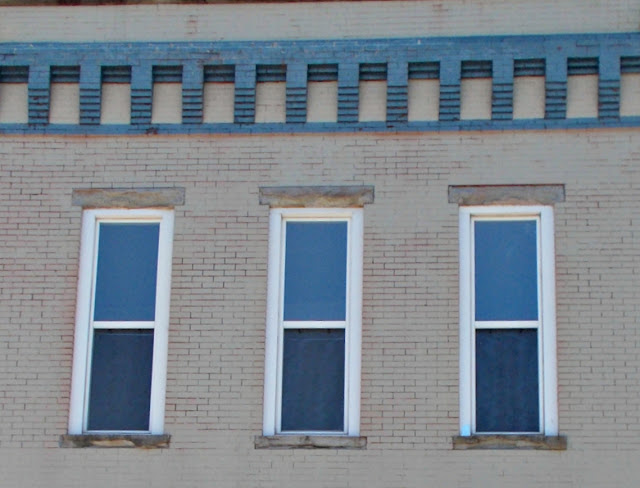 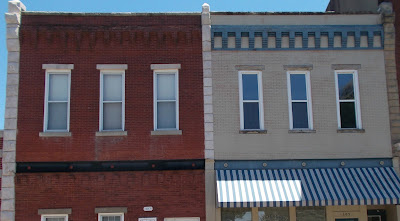 The building’s street side has six bays. The south half of the building (305 N. Holden) has three bays; the second-story fenestration defines the bays. 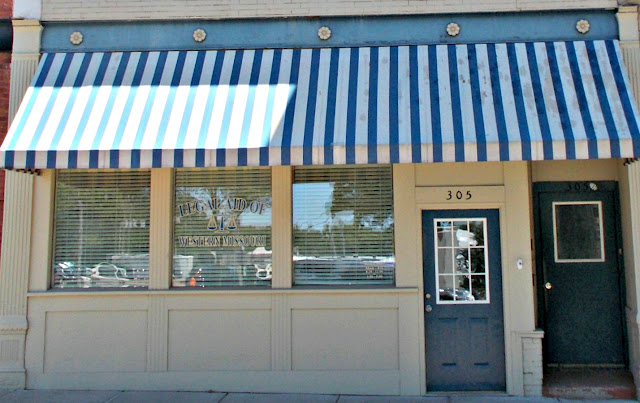 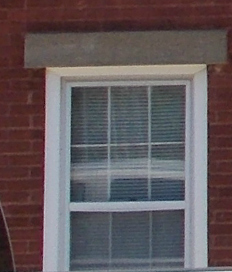 Things you will live and die without ever knowing unless you read stuff like this - this window has a muntin grid. 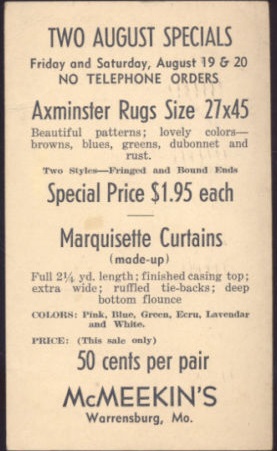 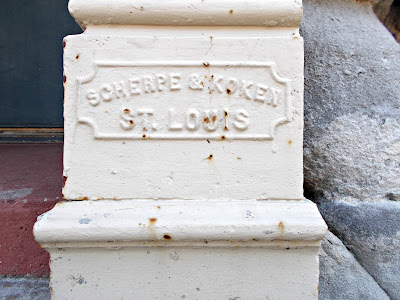 '
An iron plate at the base of the column that butts up against the Masonic Temple.