On October 3, 1944 allied troops crossed the Siegfried Line (a German defensive line) in the final push through France into Germany. According to Wikipedia, "From September 1944 to March 1945, the Siegfried Line was subject to a large scale Allied offensive, mainly American with over 100,000 soldiers. The overall cost of this campaign in American personnel was close to 140,000." One of those young men was twenty-year old, Johnson County native, William Sherman "Bud" Adams. Adams was born on November 10, 1923 and grew up south of Montserrat. He had a younger sister, Jo Ella and a brother Charley Lee.


He was a member of the 743rd Tank Battalion in Patton's 3rd Army. 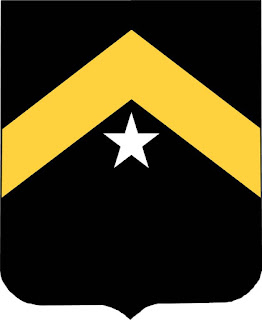 
On June 6, 1944, the 743rd had landed on Omaha Beach as part of the Allied D-Day invasion. In the intervening months Adams' battalion had served in the vanguard of the Allied movement across France into German.


Sherman Tanks, often referred to as "tin coffins" were much smaller and lighter than the German's Panzers.


German artillery could penetrate 8-inches of steel.  Sherman tanks were protected by 4-inch plates. An 85-ton Panzer could fire an 85 mm shell and take out three 35-ton Sherman Tanks.
The Shermans' only advantage was that they could be manufactured more quickly so that the allies could put four tanks on the field for every one the Germans could produce.
Because they relied on sheer numbers, young American tankers, seeing the machines in front of them blown apart, would move up to close the gap in the advancing line.  They knew that after they had taken their turn to die, they would be replaced by still more tanks behind them.

The twenty-one-year-old Adams had spent four harrowing months battling his way across France, waiting for his turn. It came on October 5, 1944 just two days after he had helped smash the Siegfried Line. His unit was near Aachen, 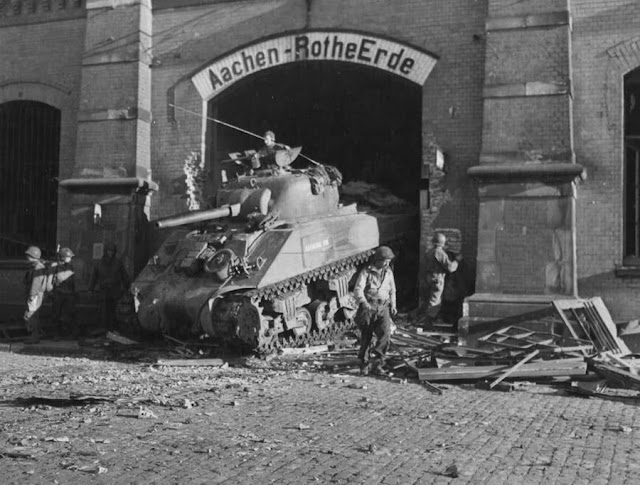 the westernmost city in Germany when a Panzer round blasted through three Sherman tanks killing six soldiers including Adams.  Battle_of_Aachen

Adam's remains were temporarily buried in an American cemetery in Europe, and then reburied in another, before they were sent back to the U.S. to be interred in the Adams' Memorial family cemetery. His father, bitter about losing his oldest son to war, would not allow military insignia on his tombstone and his sacrifice for his country was eventually forgotten by most Johnson County residents.
Sixty-six years later, Tim Russell, a Johnson County native who had himself grown up close to Montserrat was working on a Veteran's I.D. Project at the Johnson County Historical Society to make sure that soldiers buried in Johnson County graves would be remembered.


He used as his reference papers that had been typed out by the DAR in a project that they had started back in the 1930s.  These women had visited, over several decades, every graveyard in the county to record the names and dates on the tombstones that they found.

Theresa Shaw, the commander of Warrensburg's VFW Post was visiting with Tim at the Johnson County Historical Society one day when Russell pointed out the Adams entry. Theresa, whose father had also participated in D-Day and the resulting campaign across France, had a flash of inspiration.
She recognized the Adams' date of death as significant and knew that he had seen heavy combat and had died in a major battle. He was a soldier who shouldn't be forgotten.


She looked him up on Ancestry.com and found his VA tombstone application which listed his unit as the 743rd. From there she looked up the history of that unit and found the battle in which they had fought on the date of Adams' death.


According to Ancestry.com, Adams sister, Joella, was still alive and living in Springfield, MO. Shaw contacted her and talked to her daughter. The daughter reported that Joella had never found closure and still mourned for her fallen brother. One of her greatest regrets was that his service medals and service flag had been lost in a fire.


Theresa Shaw then contacted Missouri Senator Claire McCaskill's office and told her the story. McCaskill has asked that a flag that will replace the one lost in the fire be flown over the nation's capital. Shaw has arranged a ceremony to be held on October 1, 2017 at 11 a.m. at the Adams' Cemetery. At that time, members of the Knob Noster and Warrensburg VFW posts will perform a MIA/KIA ceremony to honor two other Missouri-born tankers who were killed in the same battle. Blond Neal and Leroy Pierce's bodies were never recovered. In addition, a new tombstone recognizing his military contribution will be placed over Adams' grave. His 91-year-old sister will receive the replacement flag and his medals.


October 1, 2017 at 11 a.m. at the Adam's Memorial Cemetery near Pleasant Bethel Baptist Chuch off Y highway south of Warrensburg Missouri, a VFW ceremony will honor William Sherman Adams, Blond Neal, and Leroy Pierce, three tankers from Missouri who gave their lives for their country on October 5, 1944. 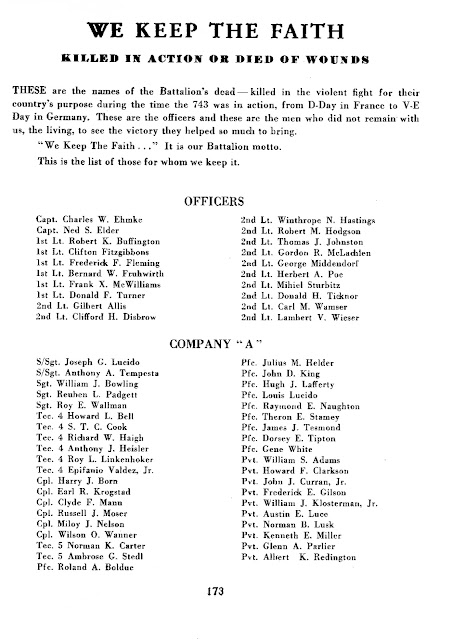 
Funeral services for Pvt. William Sherman "Bud" Adams was held at the Pleasant Bethel Church, Saturday afternoon The following cousins were pall bearers: Charles Jess Adams, Ebbie Adams, Leonard McGraw, Forrest McGraw. Adams Judd and Curtis Judd. Burial was in the Adams Memorial Cemetery. Pvt. Adams was born November 10, 1925 and was the son of Charley S. Adams who resides 1 and a half miles Northwest of Montserrat, and Mrs. Tom Brown of Phoenix, Ariz. He entered the army March 9, 1943 and was overseas 1 year, 6 months and 25 days. He received his training at Camp Campbell, Kentucky. He served in the 1st Army in the First Division, and the 3rd Tank Battalion under General Omar Bradley. He was killed somewhere in (Near Aachen) Germany Oct. 5, 1944. Besides his parents he leaves one sister, Mrs. Marion Beard (Jo Ella) of Chillicothe, Mo., a brother Charley Lee of the home, an uncle Alman Adams of the home , his aged Grandmother, Mrs. Susan Heard of Warrensburg, also one half-brother. A brother Everett Cleo preceeded him in death. He was also the grandson of the late John and Betty Adams. Pvt Adams received his High School education at Latour, Mo. Link

Hi, my father was Sherman Russell Adams. He was named after William Sherman (Bud) Adams. My grandfather was Russell E. Adams, who was born in Knob Noster and lived in Reno, Nevada for most of his life. I'm happy to provide photos if you'd like. Thank you for this really touching post. Sean Adams