Day's Golf America: Twenty-one year old golfer below par for 147 holes played in one day on the Warrensburg, Missouri course, he took 555 shots for the 147, for which par was 589. For the witness he took a partner, Jack Bishop, who gave up after 99 holes. When they had started at 5 am the first green could not be seen clearly. After Bishop's retirement a caddy and another witness helped Morris around. 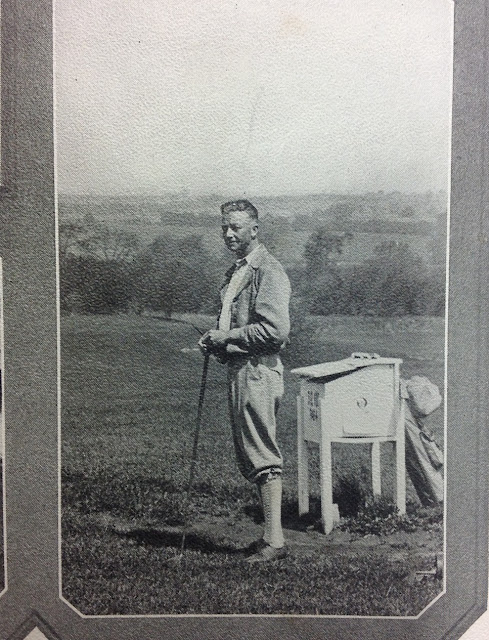 
His father was Professor Wilson Clark Morris, regarded as the "Eighteenth Founder" of  the national Sigma Tau Gamma fraternity and a dedicated and beloved teacher at Central Missouri State University in Warrensburg.
Sedalia Democrat Newspaper Clippings


SEDALIA GOLFERS WINNERS OF MATCH The Sedalia Country Club golf score in a tournament played on Country club team by a large team defeated the Warrensburg the local green. Following the tournament a banquet was served by the Sedalia club with the visiting team as guests. The latter part of August the two teams will meet in a return match on the Warrensburg Golf course.
October 16, 1925


Prof. J. H. Scarborough enjoys the distinction of being the only member of the Warrensburg Golf who is a member of the hole-in-one club, as he performed the difficult feat of sinking a ball from the tee in one shot Wednesday afternoon.