It's hard to guess why people requested some of these reprints.  For example, why would anyone bring in a grainy negative of the distant outline of a ship.  What special meaning did this have for that person? 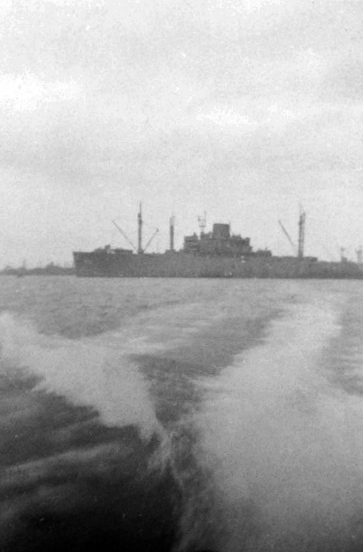 And why did this person want his picture taken in a junkyard.  This came from an envelope marked Werling. (there was a Werling's R&H Salvage) 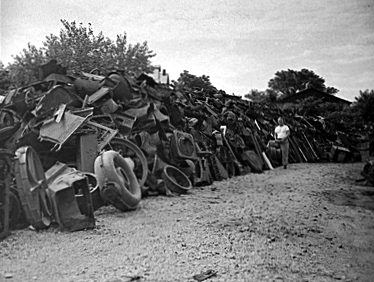 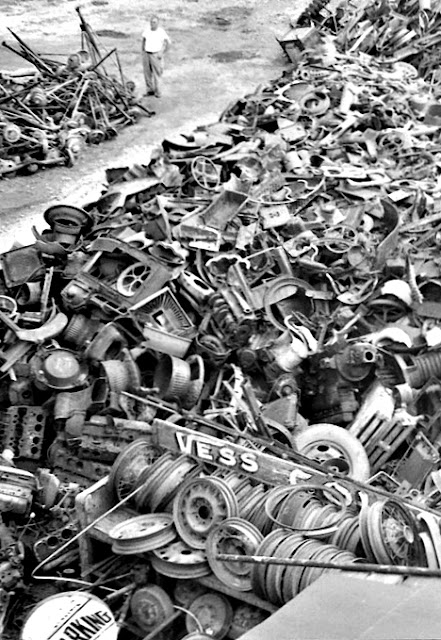 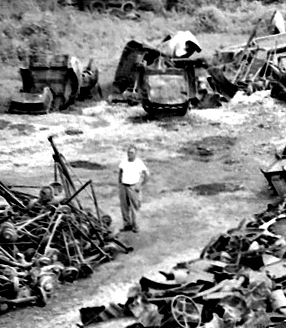 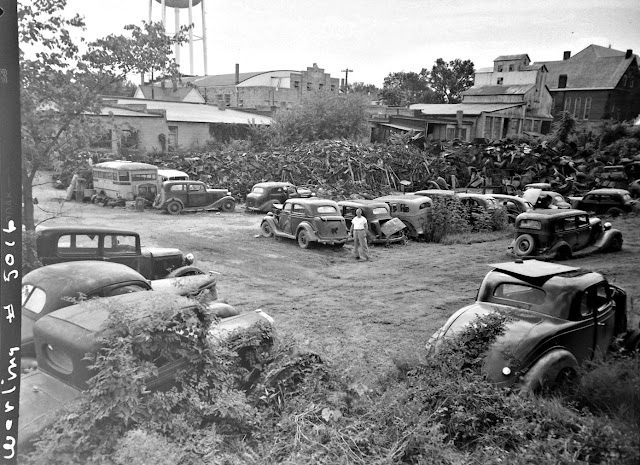 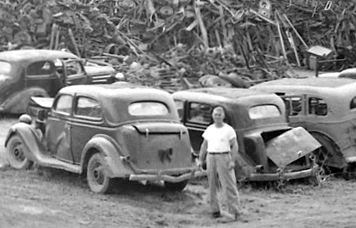 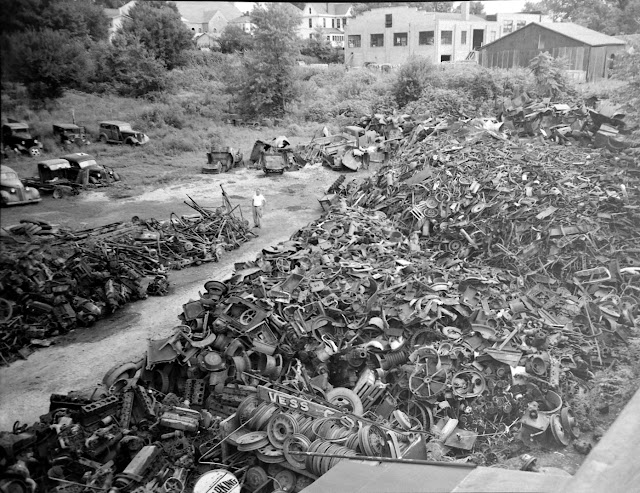 John H. Werling, the well known grocer of Warrensburg, was born April 28, 1883, in Warrensburg. He is the son of John and Caroline Werling, both natives of Germany. They immigrated to America in 1877 and located in Illinois, remaining there one year, when they moved to Missouri on a farm four miles southeast of Warrensburg. Mr. and Mrs. John Werling now reside in the city of Warrensburg at 607 East Grover street in the home which has been theirs for nearly 29 years. To John and  Caroline Werling have been born the following children: Tracer, now deceased; Lizzie, wife of Harvey Eller, Warrensburg; John H., the subject of this review; Merritt, with his parents; Edward, married Clara Pouch, and resides in Warrensburg; and Lawrence, married Mary Pouch, and resides in Warrensburg. John H. Werling attended the city schools of Warrensburg and at the age of 18 years he began life for himself, in the dairy business. He was thus engaged for 6 years and then he learned the shoemaker's trade. Mr. Werling went to Ft. Smith, Arkansas, when the shoe factory of Warrensburg was moved to that place, and remained in that city one and a half years working at his trade. Later, he went to Texas, where he was engaged in the lumber business, having charge of the shipping yards of the C. R. Cummins Lumber Company for six years. In 1909, John H. Werling returned to Warrensburg and entered the grocery business, opening a store in the building, which he bought from N. H. Baxter, which was located at 501 East Market street. The business increased to such proportions that Mr. Werling was obliged to have a much larger building, which he built, and he now is the owner of one of the finest groceries in the city of Warrensburg. The building is a well built structure, 25 x 50 feet, and the residence adjoining the store has a large concrete basement, which is used as a storage room. April 20, 1904, John H. Werling was united in marriage with Minnie A. Maledon, daughter of Jacob and Lizzie Maledon, one of thehonored pioneer families of Ft. Smith, Arkansas. Jacob Maledon, died January 24, 1905, and his widow now resides in Ft. Smith. Jacob and Mrs. Maledon were the parents of the following children: Mary, the wife of Hugh Seahorn, a prominent stockman of Holden, Oklahoma; Katie, a sister in St. Benedict's Convent at clarksville, Arkansas; Ida, the wife of W. L. Glauser, who is foreman of the Southern Pacific machine shops at Houston, Texas; Andrew, employed by Pierce's shoe store at Ft. Smith, Arkansas; Carrie, married Monta Baxter and died June 24, 1895; Lena, the wife of charles Hatfield, a well known business man of Dumright, Oklahoma; Minnie A., wife of John H. Werling, the subject of this review; Joe, unmarried, resides at Ft. Smith, Arkansas; and Bessie, wife of George Harper, a car checker at Houston, Texas. To John H. and Minnie A. (Maledon) Werling have been born three sons: John, Jr.; Harry Lawrence; and Harvey Jacob. Both Mr. and Mrs. Werling are members of the Yeomen Lodge, Mrs. Werling a member of the Knights and Ladies of Security and Mr. Werling a member of the Court of Honor. Mr. and Mrs. John H. Werling began business with limited capital and Mr. Werling in very poor health. Mrs. Werling worked in the store and attended to her household duties and cared for their little ones and by careful management and cautious expenditure of their small resources, they in time gained a firm foothold in the mercantile world and began to prosper. Great credit and praise are due Mrs. Werling for her willing and splendid assistance, without which all would have ended in failure. The Werling store is one of the best in Johnson county, the stock clean and nicely kept, and Mr. Werling is enjoying a large patronage of well pleased customers.
=====
USGENWEB NOTICE: In keeping with our policy of providing free information on the Internet, data may be used by non-commercial entities, as long as this message remains on all copied material. These electronic pages may NOT be reproduced in any format for profit or for presentation by other persons or organizations. Persons or organizations desiring to use this material for purposes other than stated above must obtain the written consent of the file contributor.
This file was contributed for use in the USGenWeb
Archives by: <>
Penny Harrell <Incog3678@aol.com>

Here's a picture from a negative found in the Simmon's Studio collection of negatives of Ray's Cafe.  A search of the business files in the Johnson County Historical Society and of phone books from the '40s and '50s yeilds no results. 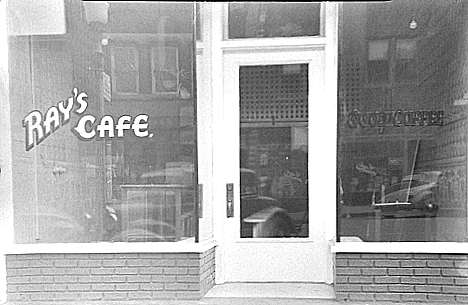