Did Patty Prewitt of Holden Missouri kill her husband in 1984? TV show will take a new look

Did Patty Prewitt of Missouri kill her husband in 1984? TV show will take a new look

BY MATT CAMPBELL
mcampbell@kcstar.com
Bill Prewitt died in bed of two gunshots to the head during an early morning thunderstorm.
A jury said his wife and high-school sweetheart, Patricia Prewitt, pulled the trigger.
A new television series that premieres at 6 p.m. central time Jan. 7 on the Oxygen network will take a second look. The Prewitts, from Lee’s Summit before they moved to Holden, Mo., to run a hardware store, will be the subjects of the two-hour opening episode of “Final Appeal” from NBC News Peacock Productions.
The Feb. 18, 1984, murder of 35-year-old William Edward Prewitt shocked the community of Holden, near Warrensburg. The arrest of Patricia Prewitt was also shocking. People in Holden considered them an all-American couple. They mortgaged their home and paid $64,000 for the lumber and supply business. She was a PTA room mother and was elected president of the Holden Chamber of Commerce. He organized summer baseball games and was “as pleasant a fellow as you could find,” a business associate said. They had five kids.

Did Patty Prewitt pump two bullets into her husband's head? It is a mystery that has lingered for twenty years. 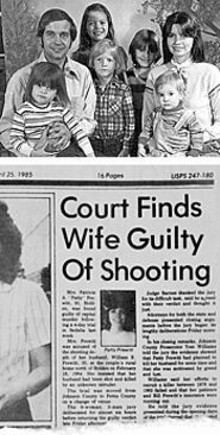 
A classic who-done-it, a capital murder trial that took place in Pettis County will be highlighted in an upcoming episode of NBCUniversal’s Oxygen Network documentary “Final Appeal.”
The NBC Peacock Productions episode shines a light on the 1986 trial of Patricia Ann Prewitt, which was presided over by former Pettis County Presiding Judge Donald Barnes.
Prewitt, a mother of five, was accused of killing her husband, Bill Prewitt, a Holden lumberyard owner. She was convicted and sentenced to life in prison without eligibility for probation or parole for 50 years. Prewitt, who cited an intruder killed her husband and tried to sexually assault her, still maintains her innocence.
The trial was brought from Johnson County to Pettis County through a change of venue. It lasted four days, Tuesday through Friday, and it took the jury six and half hours to reach a guilty verdict.
Prosecutor for the case was the late Tom R. Williams, who eventually wrote a more than 500-page book about the crime. The book, “Practice to Deceive,” written with Nan Cocke, was published in 2016 after Williams’s death.
Barnes said the book played a pivotal point in NBCUniversal’s decision to air the episode and they in turn contacted him. Barnes and his wife Carol both read the large tome and noted that Williams’s account is accurate based on their knowledge. 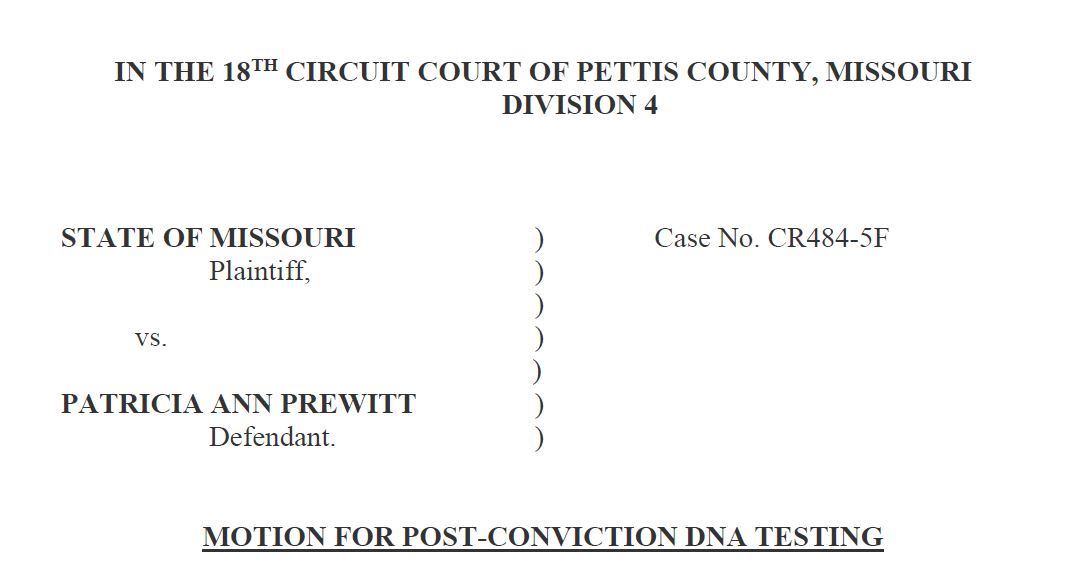 
Here is an article written by her orginal attorney who is now a retired judge.....
Posted on Sun, Dec. 01, 2013 Patty Prewitt, convicted of murdering her husband, should be granted clemency
By ROBERT BEAIRD
Special to The Star
The recent decision by the Missouri Court of Appeals vacating Ryan Ferguson’s murder conviction reminds us that our criminal justice system is not perfect. As a prosecutor, defense lawyer and a recently retired judge, I have seen our system from all sides and can attest to its strengths — and its shortcomings.
Of the hundreds of criminal cases I have been involved with over the last 30 years, Patty Prewitt’s case powerfully demonstrates the wisdom of our Founding Fathers in enshrining the clemency power in our federal and state constitutions to assure that our system of justice is, in fact, just.
I was Patty’s lead defense lawyer when she was convicted of the murder of her husband nearly 30 years ago. Investigators were all too quick to judge Patty as their prime suspect, and they failed to collect and in some cases simply ignored key evidence, preventing us from fully presenting Patty’s account of a home intruder that attacked her and killed her husband.
The prosecution paraded former paramours on the stand, all of whom had relations with her that ended more than five years before the crime, during a period when her husband had withdrawn his affections. This inflammatory testimony and the lead investigator’s dubious claim that Patty tried to seduce him during his investigation unduly influenced the jury’s perception of her and resulted in the guilty verdict she received.
In today’s world, no criminal court would tolerate an inflammatory Scarlet Letter prosecution of infidelity. Worse, after the verdict, we learned that one of Patty’s neighbors contacted an investigator within two days of the murder to tell him that on the night of the murder she had seen a man in a white car, which was suspiciously parked with its lights off on a desolate dirt road facing the Prewitts’ rural home.
Despite the prosecution’s obligation to do so, this evidence was never shared with us and, as a result, never presented to the jury. Based on my decades of experience in the courtroom, I have no doubt that that the jury would not have convicted Patty had they heard the neighbor’s account of the suspicious vehicle. This was the missing link to our defense, and the missing evidence for the jury.
As the longest serving inmate at the women’s prison in Vandalia, Patty has been a model prisoner for the past 27 years. She is not even eligible for parole until 2036, when she will be 86 years old. Maintaining her innocence and trusting our legal system, she declined a plea bargain that would have made her eligible for parole after just seven years.
Had she taken the deal, she would have been released many years ago. Unfortunately, her trust was misplaced and a jury never heard the full story of what happened that terrible night.
This is precisely the kind of situation the drafters of our federal and state constitutions had in mind in providing for executive clemency power. When courts and the parole board have no power to intervene, it is incumbent on the governor to ensure the fair administration of the justice system. The exercise of executive clemency presents our governor with the leadership opportunity to do so.
Clemency has a rich tradition in our legal system. Missouri’s most famous citizen, President Harry Truman, exercised this power over 2,000 times while in the White House. Here in Missouri, recent governors have all embraced their clemency power as well. Gov. Jay Nixon and his staff have no doubt carefully reviewed Patty’s clemency petition, which was submitted years ago.
I would be shocked if the Board of Probation and Parole did not recommend clemency. Hundreds of people from across our state including religious leaders and both Republican and Democratic politicians have contacted the governor’s office in support of her release. Gov. Nixon has received letters from former inmates who have attested to the positive impact Patty had on their lives. Her children, who lost their father, desperately want their mother home and have been tireless advocates on her behalf. Patty has several standing job offers upon her release.
No one doubts that she will be a productive citizen outside of prison. Gov. Nixon would be doing what is fair and just if he grants Patty clemency this holiday season. As Patty’s defense lawyer, and as a former prosecutor and retired judge, I urge him to embrace his constitutional leadership mantle and grant Patty clemency during this season when we are all thankful of God’s grace.
Robert Beaird of Kansas City was an associate judge of the Circuit Court of Jackson County from 2002 to 2010.

This petition was delivered to: