Back in the 1930s Buddy Baker and his best friend Homer Cline would ride their bicycles 11 miles west of Warrensburg down the old two-lane winding 50 Hiway. They were going to see Big Fat Auntie (Neomia Baker Kinder) and spend the night with her. They would swim in her pond, help her in the garden, and run in the woods.


Her house was right beside the Always Inn and she worked there part time as a waitress (a welcome job during the depression). 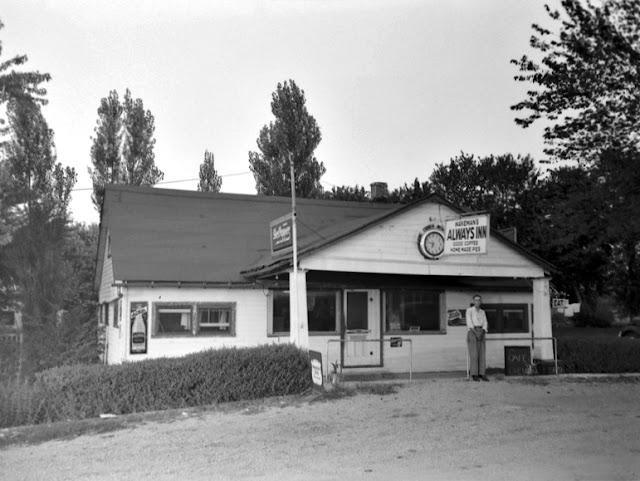 Since neither of the boys had any money they would rarely step inside the roadside restaurant, but Buddy remembers the occasions when they did.


One side was a restaurant with a booth or two and some stools at a counter. The other was a little country store witth quite a bit of stuff - kind of a general store. It had one gas pump out in front.


Unfortunately, he doesn't remember the name of the owner. 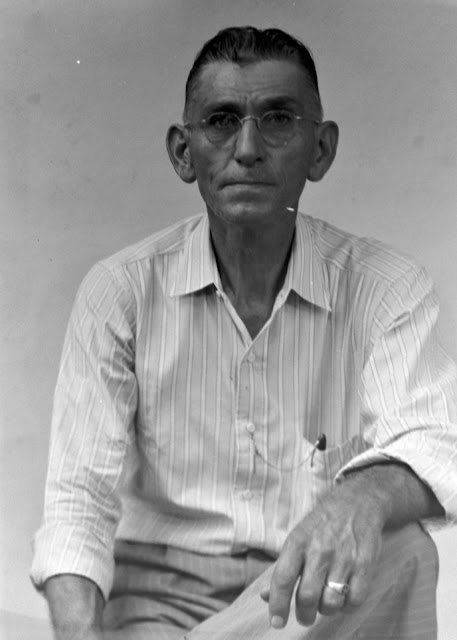 According to this extra piece of information dated Sept. 1948, submitted by Bruce Uhler, Always Inn changed hands several times. So we don't know if we have a picture of Mr. Wakeman, Mr. Terry or the fellow who bought the business from the Terrys.


A little additional information from Neomia May Baker Taraba (named after Anna Neomia Baker Kinder): Always Inn had a few cabins to rent out to travelers. They also were a bus stop. We'd ride the bus out of Warrensburg and stop at Always Inn to go see Aunt Neomia. She lived beside there and she cooked for Toni.


May May: She's the woman who ran Always Inn. I don't know her last name.


Me: Did you ever call Aunt Neomia 'Big Fat Auntie?'


Anna N. Kinder lived with her husband Vard M. Kinder in Columbus Twp. Their son T. Woodroe Kinder is listed as living with them on the 1940 census, and his occupation is "Filling Station Attend. at a "Gasoline Station". There were several Wakeman families living in Columbus and Jackson Twps., as well. Perhaps there is a connection?


Thanks, Franglaiseduh. I suspect that the gas station he worked at was the Always Inn. Woodroe Kinder became a truck driver. His son Bobby Roe Kinder was the Chief of Police in Odessa for many years.