Thanks to John Willard for allowing us to share this picture and story of his beautiful Great-Grandmother Frances Atkinson Wilcoxon.


My great, great grandparents were Daniel Spencer and Ann Obedience Atkinson. They lived at the Johnson/Lafayette County line about five miles west of Missouri Highway 13, at Cedar Grove. My great-grandmother, Frances, the lady pictured, was a half a year old in the spring of 1865.
Townships of Johnson County, 1861 Map. Hazel Hill is the Atkinson/Wilcoxon Township Mentioned. 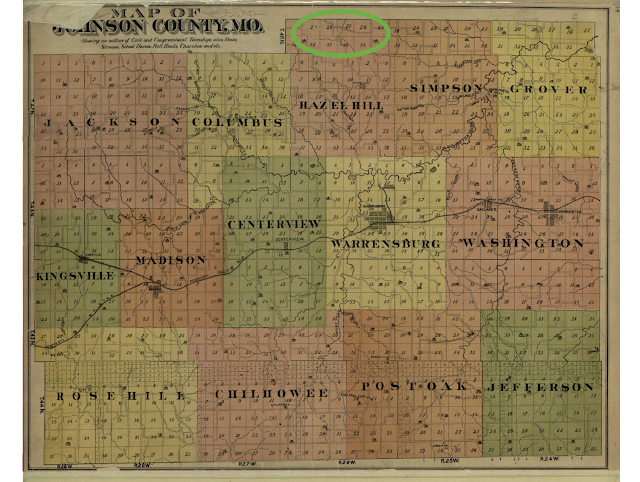 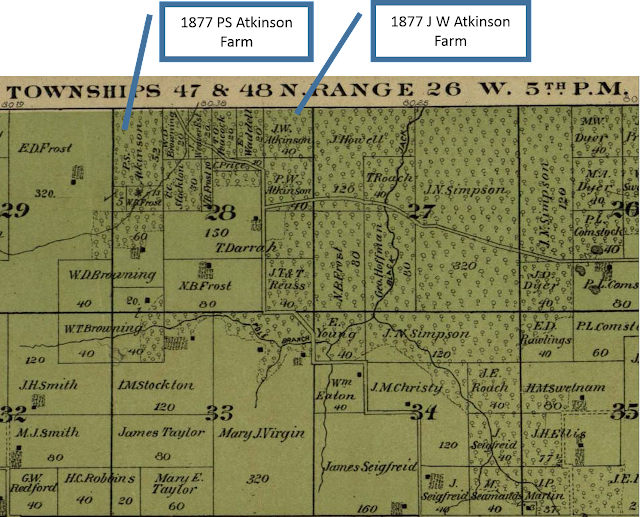 There were rumors of union sympathizing bushwhackers in the area and Ann had already brushed lye soap lather around the horses’ mouths so they would look “diseased” and, therefore, be undesirable if the bushwhackers should happen to pillage the Atkinson farm that day. Sure enough, as feared, the bushwhackers appeared making their way over and through the property. They stole what they could carry with them and after looting the house and attempting to steal the horses, strung Daniel up from a tree in the front yard to hang him and set fire to the house with Baby Frances inside. When Daniel passed out, the killers cut him down and one took aim to shoot him in the head when the other said, “Don’t waste your bullet: that old fool is dead! Ann, meeting a bushwhacker, riding astride her best horse, coming from the barn, told him, “Young man, if you’re a gentleman, you’ll get off that horse right now! And, for whatever reason, he did. Frances, inside the house, was rescued by the old “Mammy” who carried her out of the house. The baby had been placed in the middle of the bed by the invaders who proceeded to spread live coals, carried in shovels, from the fireplace, around her, on the bed. Of course, all of this was happening simultaneously with Ann at the barn, Daniel in the front yard, and Mammy and Frances in the house.
Hurriedly, the bushwhackers gathered their loot and went galloping away and on to pillage a neighbor’s farm.
Daniel began to regain consciousness and survived, Frances, having been carried out and into the yard, had been saved by the Mammy, and the horses remained on the farm with Ann not having been harmed. They got the fire put out before the House was destroyed and repairs were made later. 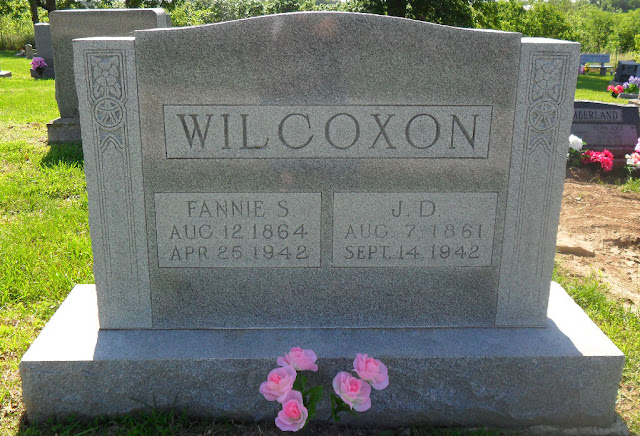