Newspaper clipping 1897
The Butler weekly times., September 23, 1897
YOUNG FARMER'S WIFE STOLEN AND OUTRAGED.
Three Young Men Compel Andrew Stills to Give Up his Bride.
THEY CARRY HER OFF AND SHE CANNOT BE FOUND
The Crime Was Committed Near Warrensburg, and the Names of the Young Men Charged With it are James Hull, J. N. McKeehan and Wesley Jackson.
Warrensburg, Mo., Sept. 15, 1897
News of what appears to be one of the most dastardly outrages that ever occurred in Missouri has reached this city. James Hull and J. N. McKeehan, two younger men living in Jefferson township, are under arrest charged with abduction, criminal assault and robbery. Wesley Jackson, who lives in Henry county, is wanted for complicity in the crime, and officers are scouring the country for him. Andrew Stills, a young, ignorant but honest boy who is is frantically searching the country for his stolen and outraged wife, and the indignant and excited people of the southeastern part of Jefferson township are giving him all the assistance in their power to find his wife, and prove the criminality of these brutes who abducted and outraged her "Andy" Stills, 20 years old and his wife, 16 years old, were married last April at Warsaw, where they lived until last week. Then they left Warsaw in a cart to go to Knob Noster, where his wife's sister, Mrs. Mayes, resides At Windsor, the horse which the couple were driving died and the young husband went about the town trying to get some one to take him and his wife and cart to Knob Noster. James Hull, J. N. McKeehan and Wesley Jackson were in Windsor Monday drinking and carousing. They offered to take Stills and his wife to Knob Noster and he paid them a dollar to do so. They tied his cart onto their buggy and he and his wife got into the cart and the three young men got into the buggy and drove out of town towards Knob Noster. This was about 9 o'clock Monday evening. Once out of town the three young men began cursing and using the vilest language. Stills asked them to stop and they told him to let his wife get in the buggy and ride with them, He finally consented on condition that they leave the back curtain of the buggy so he could see what was going on. No sooner did the three men get the woman in the buggy than they began to abuse her and make advances which terrified her. She screamed and her husband cut the cart loose from the buggy, jumped out and running around the buggy caught hold of his wife and pulled her out. The three men cursed them and drove on. Stills and his wife, deserted in the night in a strange country, built a fire and prepared to go into camp. About 11 o'clock the three men came to the camp and swore they would have the woman. The husband resisted, but was overpowered, and the three fiends carried the screaming woman to their buggy and drove off with her. The enraged and terrified husband fired after the buggy, one shot went through the buggy top. Then he rushed from one farmhouse to another imploring someone to go with him and rescue his wife, but the farmers were afraid that his story was trumped up to get them out where a gang might rob them and it was some time before the distracted man could get assistance. Once he returned to the camp and two of the young men came up and offered to take him to his wife. He went with them and a little ways from the camp they grabbed him, took his revolver and $5.50 of his money and left him, mocking at him in his despair. All that night long Still's searched the woods and hills for his lost wife. Almost crazed he was finally persuaded by kind farmers to take a little rest. To them he told his story, his straightforward manner and honest, boyish face convincing them of the truth of his statements. He told them that the young men were known in Windsor, and they notified officers Tuesday morning of the awful outrage This led to the discovery of the parties charged with the crime James Hull and J. N. McKeehan, sober now and trembling with fear, gave themselves up the constable of Jefferson township. Wesley Jackson his not yet been captured. Officers accompanied by Stills went to his home just across the Henry county line, but were met by the young man's father, who refused to let them inside. Finally he consented but a search of the premises revealed nothing, but the neighbors and still he says that while Jackson was parleying with the officers they saw the young man run out of the back door of Jackson's home and sped away through the cornfield towards the woods.
The community is intensely aroused. The young man's story is believed and the crime is pronounced the most dastardly and cowardly ever committed in Johnson county.
The wife has not yet been found, but squads of men and officers are looking for her and Wesley Jackson. Some people living near the place of the abduction say they heard a woman's screams on the night in question. The boys' defense, it is said, will be that the woman is a prostitute.
While he was at Windsor, Stills denied this with indignation and says no woman is more pure and virtuous than his wife. Investigation by farmers Gibson and O'Day led to the information that the young man and his wife conducted themselves properly while in Windsor and on the road, that she has three respectable married sisters in Warsaw and another in Knob Noster. 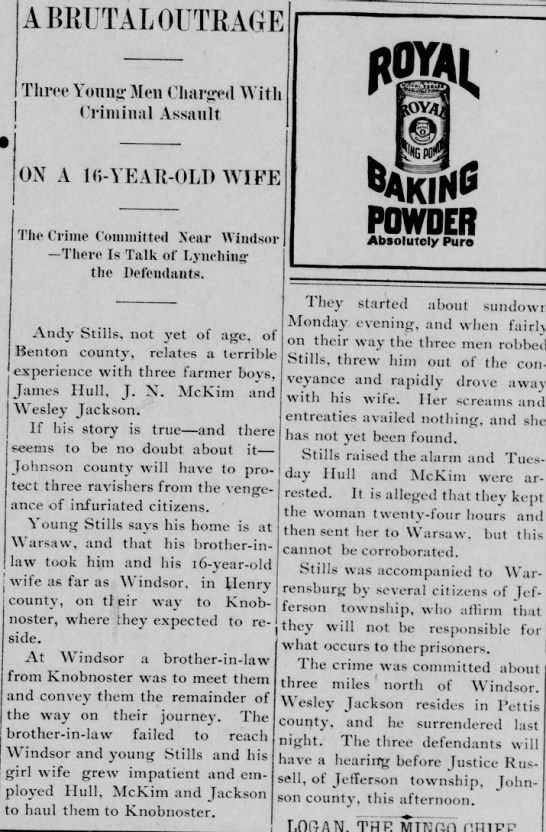 The outrage committed on the young wife of Andy Stills in this county Monday night by the three young men, Hull, Jackson and McKeehan, has aroused the citizen to a high pitch of anger. Jackson has not yet been found, and is supposed to have left the country. His accomplices are out on bail. The whereabouts of the woman  is still a mystery, and it is thought she has been murdered. A telegram from Warsaw, dated today, says she has not returned there, which disproves the story of young Hull that she bad bean placed on a train and sent to that place. From reports of citizens along the highway the boys took when driving away with their victim a terrible struggle must have been made by Mrs. Stills to escape with her life and honor, as they claim to have heard her scream and efforts to escape. The mutterings of farmers who came from that section to this city are ominous, and intimations of a lynching are frequently heard and even advised. Several friends of Stills and his wife have conveniently dropped over into Jefferson township and declare justice must be meted out to the guilty parties. If Mrs. Stills is not found alive and well, and McKeehan do not escape, there is great danger that the boys will not be permitted to stand trial.
andy_stills_wife_abduction_rape Link 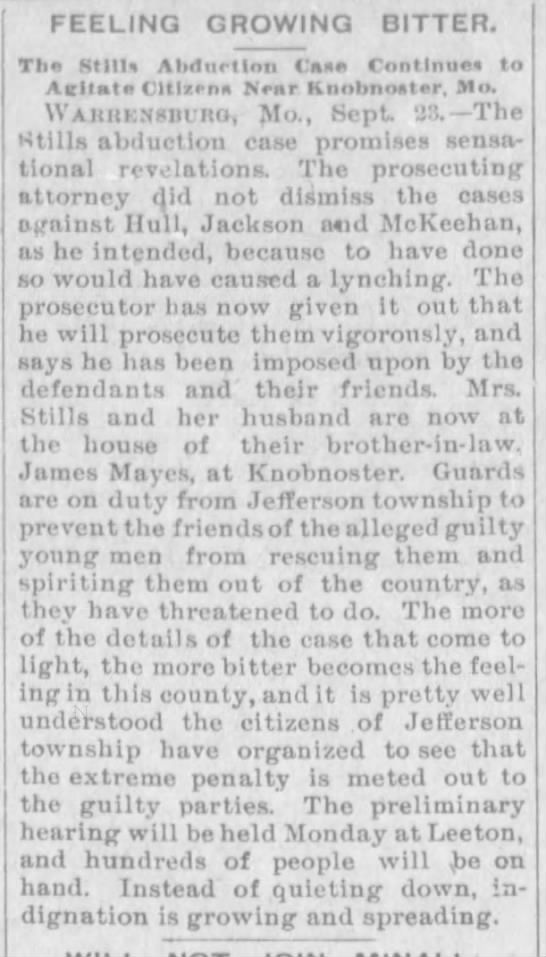 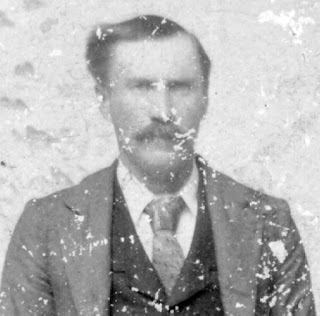 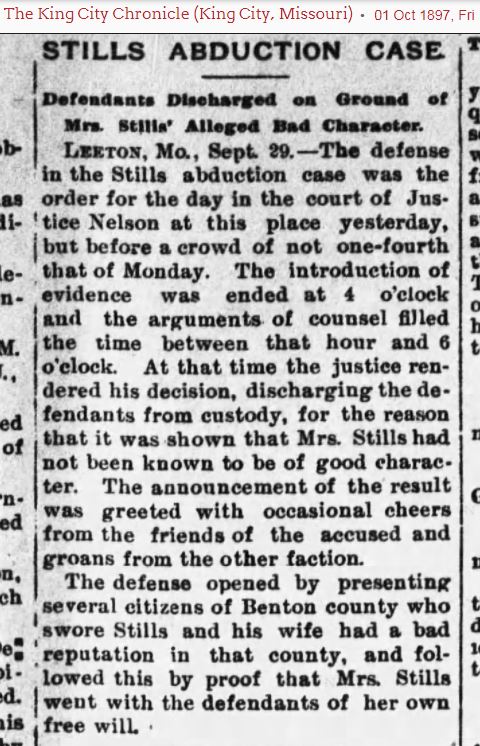