An Indian trail which ran from Lexington to Warsaw provided the route for an important early road in the county. This early trail/road passed through Warrensburg at the corner of Gay Street and College and angled southeast through the county. The Lexington-Warsaw Road was essentially the same connecting the Missouri River and the Osage River. Existing segments of the old road were noted by Cockrell (1918:78), but none are known to exist today. 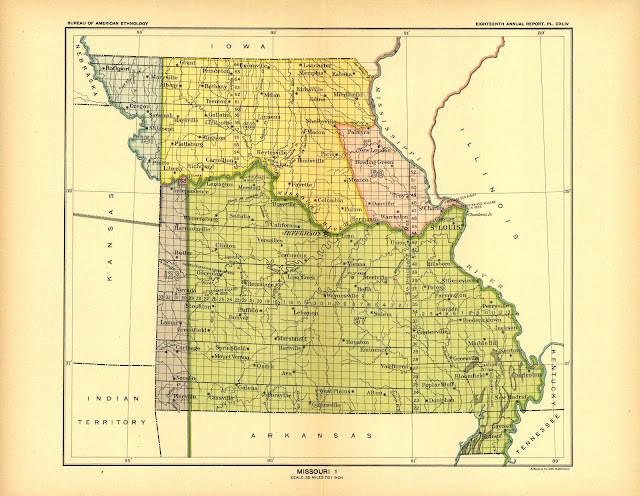 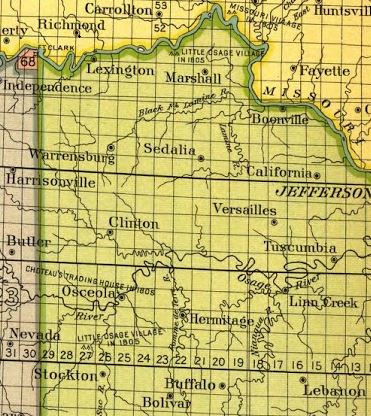 Another important trail was the Shawnee Trail which entered the county southeast of Chilhowee passing northwest through Rose Hill Township to Center Knob near Kingsville (Cockrell 1918:79). The old Clinton to Independence Road followed this trail. The Shawnee Trail was reportedly used by the Spanish passing through the area from Santa Fe to St. Louis and continued to be used for many years. The Indian Era map in Show Me Through the Years indicates an Indian trail passing along the north side of the Blackwater River and extending west toward the Independence area (Anonymous 1975:5). An additional Indian trail follows the east side of the Clear Fork from its juncture with the Blackwater south to its head water and then southwest joining the Warrensburg-Clinton trail (Anonymous 1975:5). Such old trails allowed early settlers to enter Johnson County.


A search for a centrally located county seat led the Johnson County settlers to choose a site on the Lexington-Clinton Road where a blacksmith named Martin Warren drew business. The town was platted in 1836 and named Warrensburg for the blacksmith. Steady growth followed, as did incorporation in 1835. A county road system began in 1836 with the Jefferson City-Independence Road as a top priority in 1837. This twenty-foot wide road was cleared of stumps taller than twelve inches and then maintained through mandatory county labor.