1885 Holden Postmaster Kills Himself at Pine and Elizabeth Streets 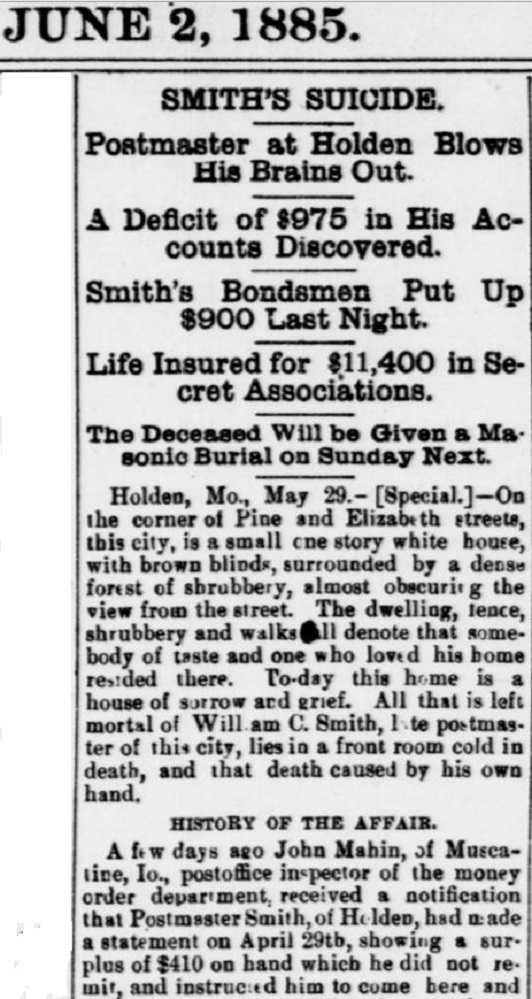 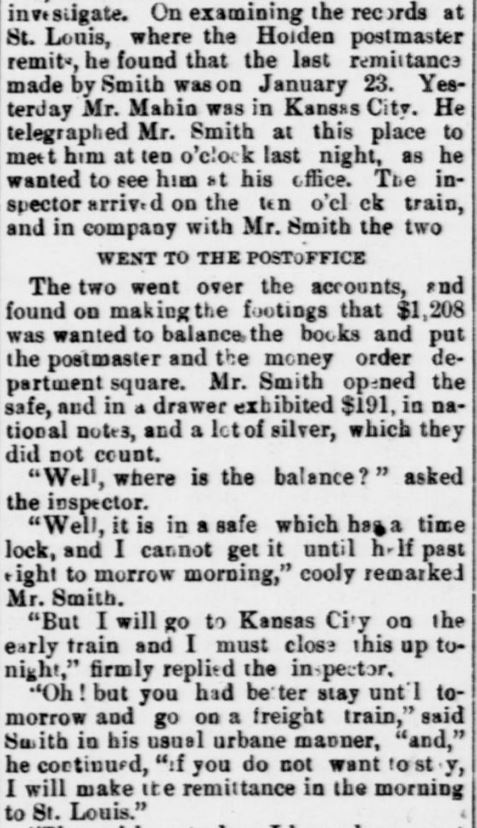 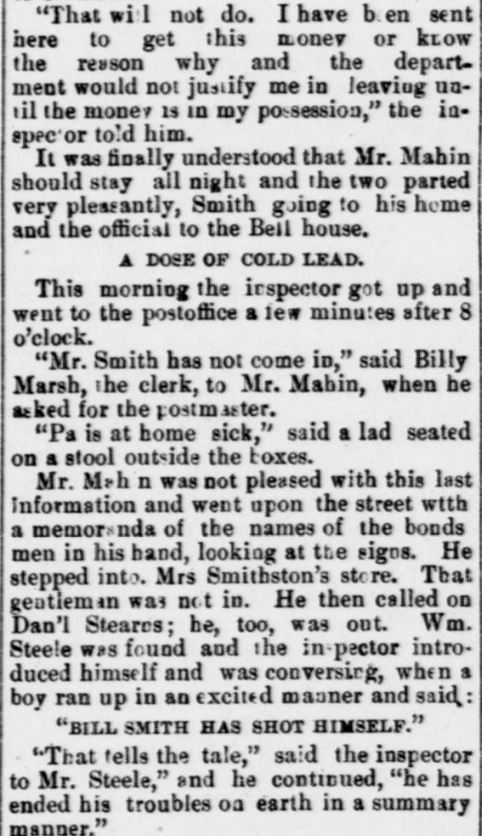 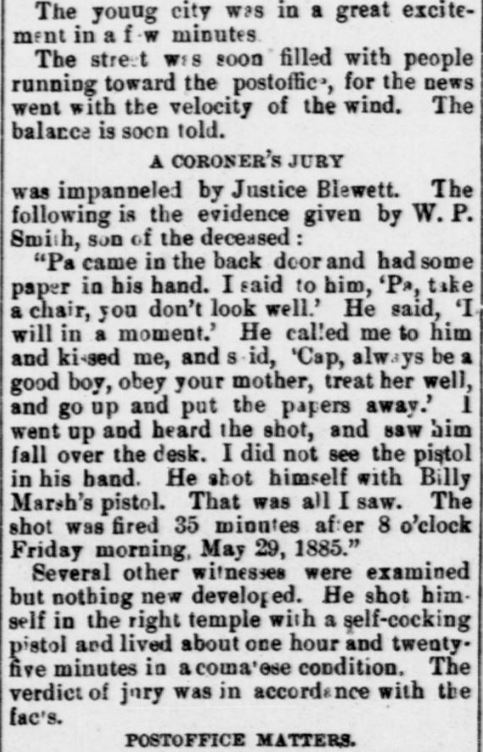 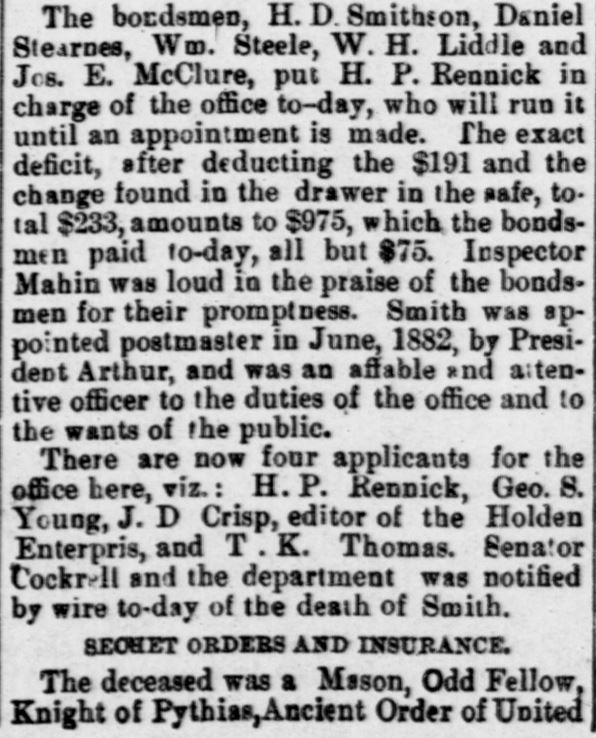 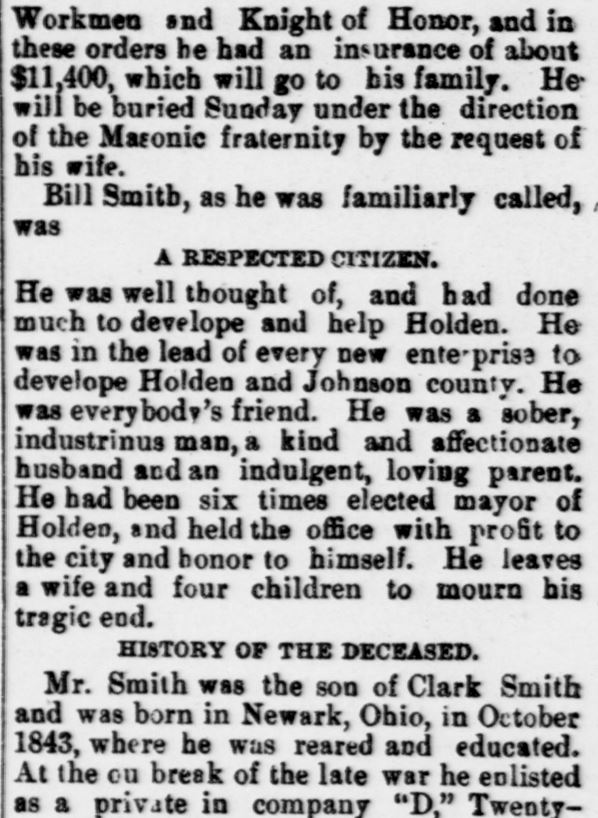 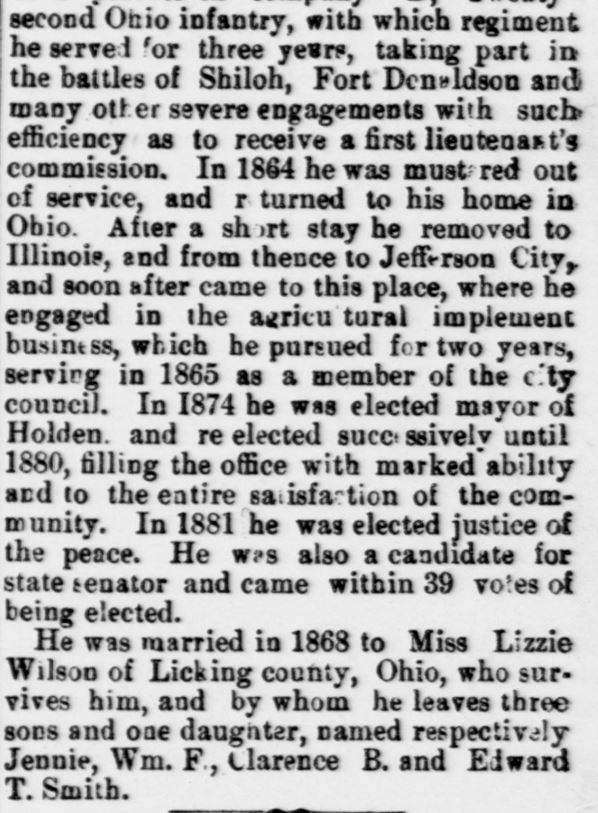 First Post office. - The first post office in the vicinity of Holden was established here before the town was laid out. It was on the Jefferson-Independence stage route and kept by Isaac Jacobs. After Mr. Jacobs laid the town out and built a store here, the postoffice was moved to his store. The office remained there during the Civil War and Mr. Jacobs continued to serve as postmaster although very little mail was handled here during the war. In the spring of 1866, William Coventry, who started a store here, became postmaster. Two years later he was succeeded by F. J. Tygard real estate man, and in 1869 W. J. Mack became postmaster, and continued at least as long as 1881.