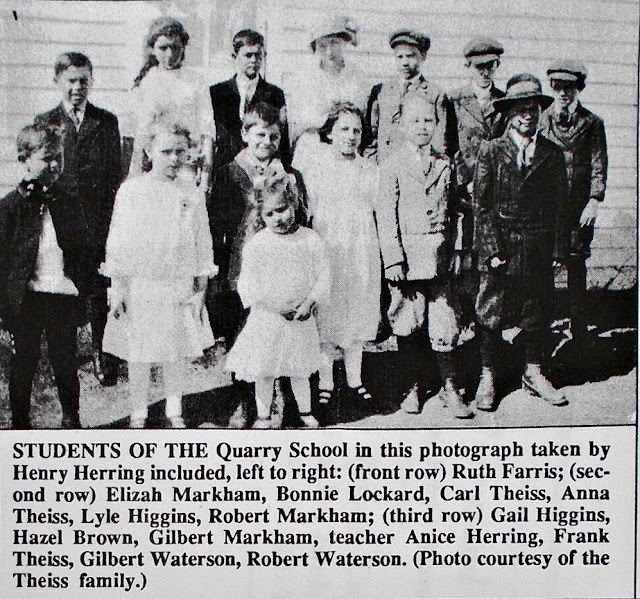 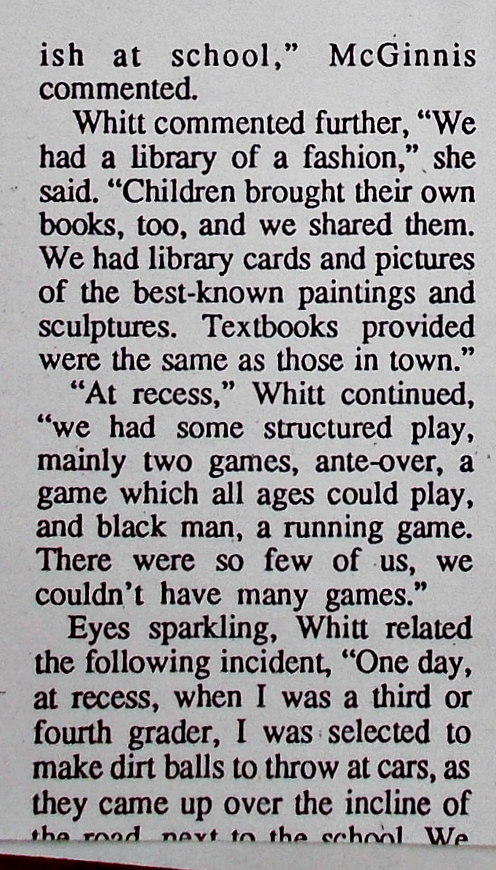 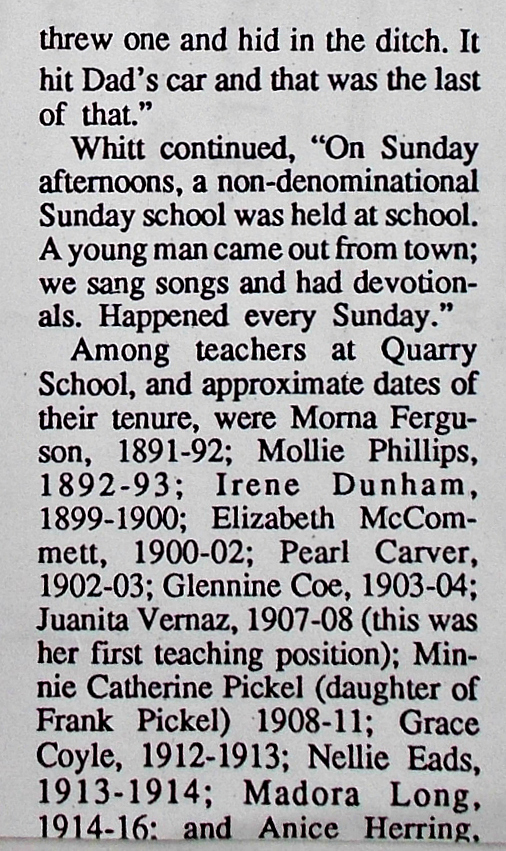 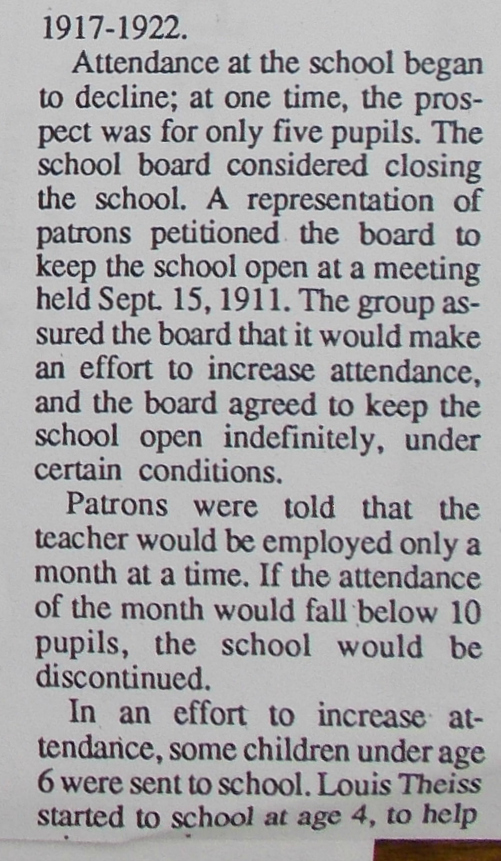 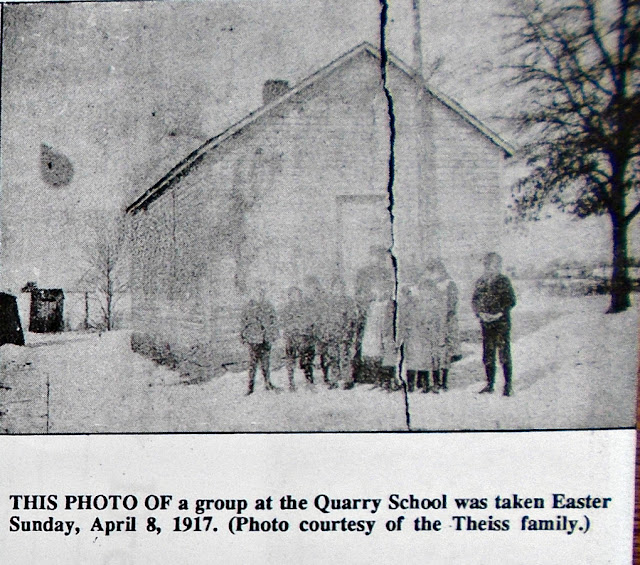 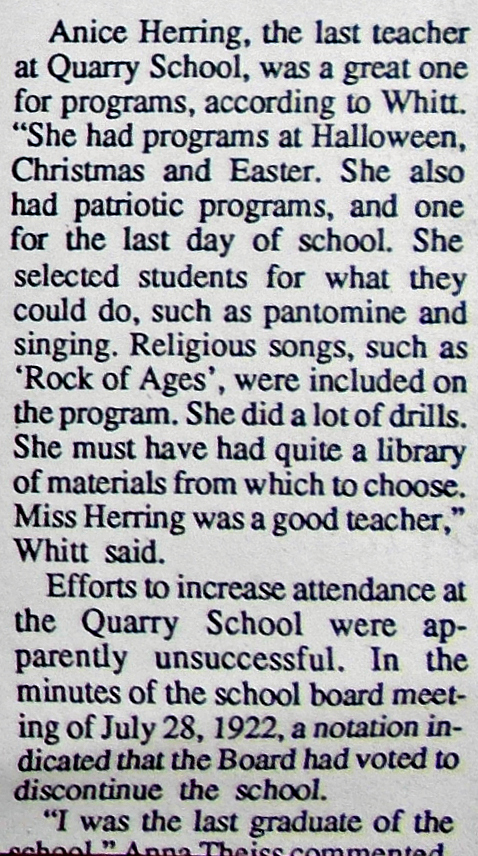 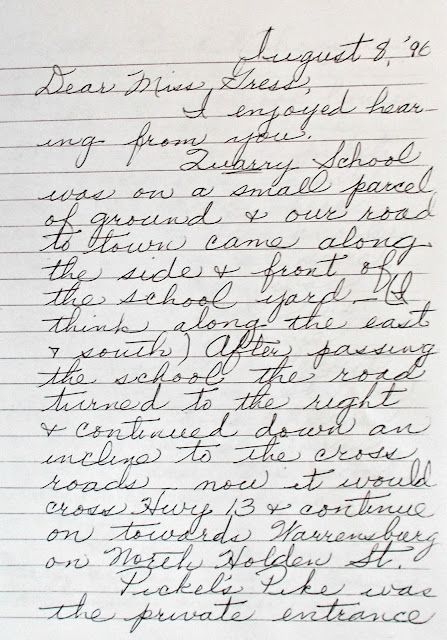 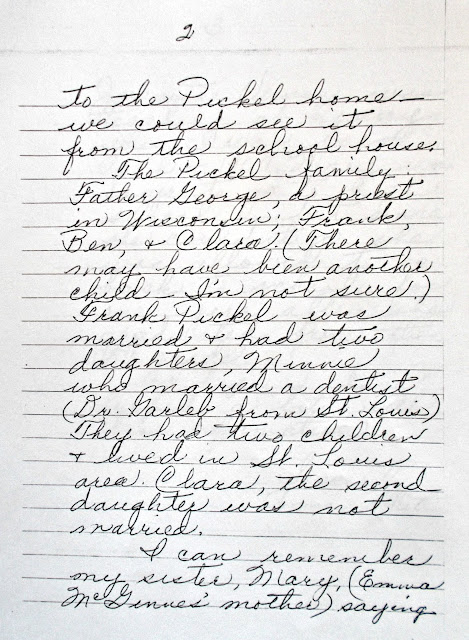 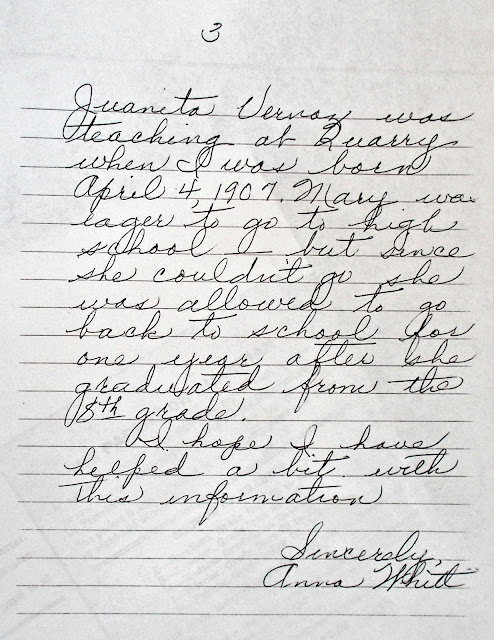 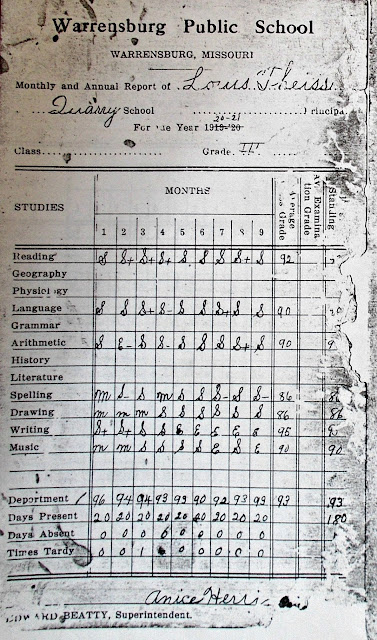 Quarry School was part of the Warrensburg School District 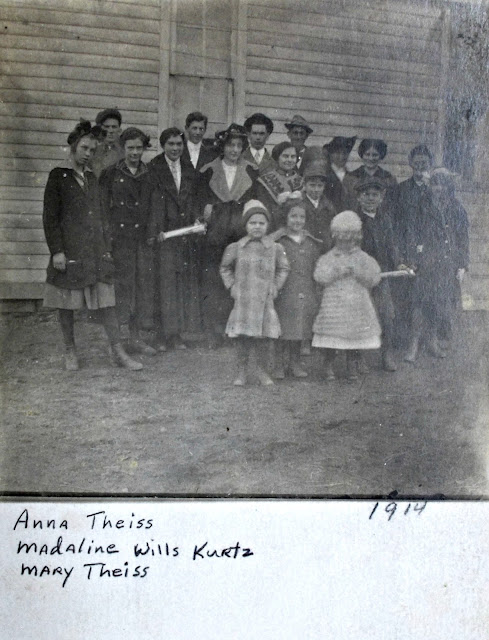 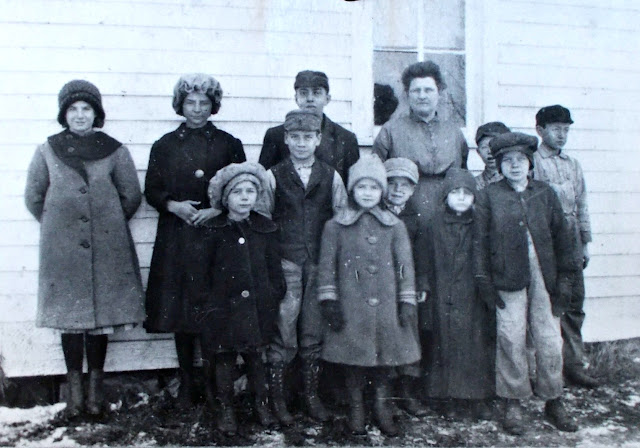 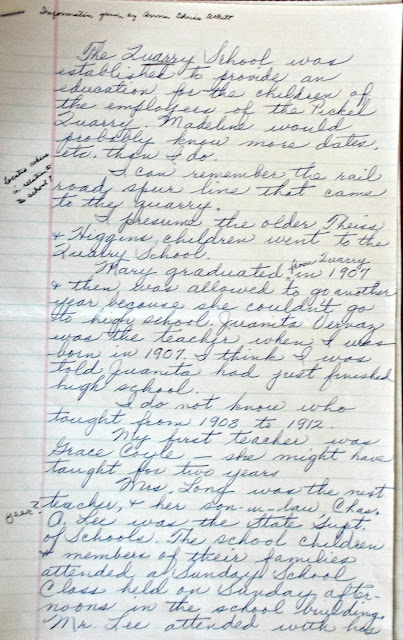 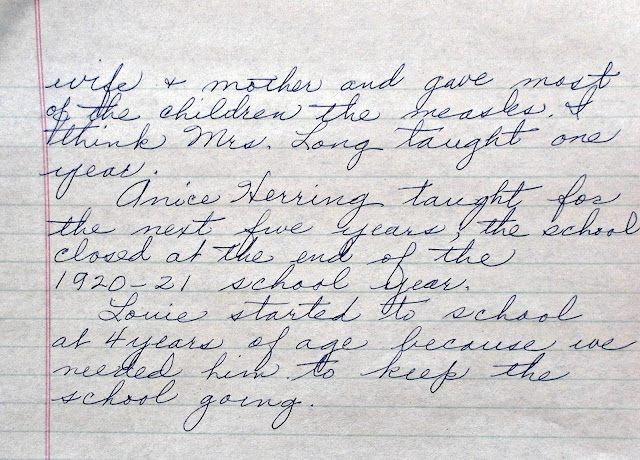 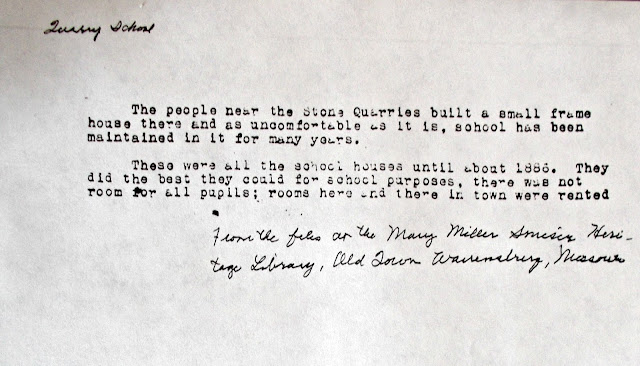 Biographical Sketch of Jacob Pickel, Johnson County, Missouri, Warrensburg Township From "History of Johnson County, Missouri," by Ewing Cockrell, Historical Publishing Company, Topeka, Cleveland, 1918. ***********************************
Jacob Pickel, the man who opened the first sandstone quarry in Johnson county, Missouri, who is now deceased, was one of Johnson county's best known citizens and one of Missouri's most prominent stone contractors. He was born in 1831 in Cottonheim, Prussia and at the age of 20 years emigrated from his native land and came to America, where he located in St. Louis, Missouri in 1851. Jacob Pickel had learned the trade of stone cutting in the old country and he followed his trade in America in addition to the work of contracting. In 1870, Jacob Pickel, associated with his two brothers, Peter and Anton, opened the first sandstone quarry in Johnson county about two miles north of Warrensburg. This quarry was placed in operation at an expenditure of much hard labor, time and expense. A switch was put in, so that the stone could be loaded at the quarry. The three brothers installed a steam channeling machine at the quarry, the machine alone costing six thousand dollars. The lifting was also done by machinery, run by steam. The first large contract was for more than two hundred fifty thousand dollars worth of stone to be used in the construction of the Chamber of Commerce building in St. Louis, Missouri, a building which covers an entire block at Third and Chestnut streets in that city. In the office of Ben Pickel in Warrensburg can be seen the drawing made of this building while in the process of construction. All the stone was cut at the quarry and shipped to St. Louis in perfect condition to be placed. Jacob Pickel furnished the stone for the construction of the Kansas City Court House, the Southern Hotel, the Barr building, and many other buildings in Kansas City, Missouri, besides the stone used in many of the buildings in the city of Warrensburg. As many as fifteen hundred cars of stone would be shipped annually, a train load being daily shipped. The quarry, at the present time, comprises 280 acres of land, but the original purchase was about 40 acres. Jacob Pickel died in Warrensburg in 1903. He was an industrious, intelligent, capable citizen, one who did much for the business interests of Johnson county and he was universally held in the highest esteem and respect. Jacob Pickel was united in marriage with Catherine Smith and to them were born five children: Frank, of Warrensburg, Missouri; George, residing at Prairie du Chien, Wisconsin, a priest in the Jesuit College at that place; Lizzie, who is a nun, being with the sisters at Hebron, Nebraska; Ben, the manager of his father's stone quarry near Warrensburg; and Clara, who lives at home with her widowed mother and brother, Ben, in their quarry home. The youngest son of Jacob Pickel, Ben Pickel, has taken an active interest in his father's trade and he is engaged in the business of stone contracting. Ben Pickel attended the public schools of St. Louis Missouri. About 1896, he began working for himself, engaged in the business of contracting. His first large contract was for stone to be used in the construction of the two buildings erected for the Warrens- burg State Normal School. The Administration building, which is nearing completion, at the time of this writing in 1917, required fifty thousand cubic feet of stone. The Pickel quarry can be operated to a depth of fifty feet and then the water begins to come into it. Forty men are employed at one time by Ben Pickel in the quarry, but when the sawing was done by hand, his father used to employ as many as three hundred men at one time. Ben Pickel furnished the stone for the erection of a government post office in Arkansas last year, 1916. There is no better stone to be found in this country than that furnished by the Pickel quarry. Ben Pickel is one of Johnson county's most highly respected and progressive, young citizens. ====USGENWEB NOTICE: In keeping with our policy of providing free information on the Internet, data may be used by non-commercial entities, as long as this message remains on all copied material. These electronic pages may NOT be reproduced in any format for profit or for presentation by other persons or organizations. Persons or organizations desiring to use this material for purposes other than stated above must obtain the written consent of the file contributor. This file was contributed for use in the USGenWeb Archives by: <> Penny Harrell <Incog3678@aol.com>