Catherine Anderson was born on October 31, 1890 in Ludlow, Missouri, the daughter of Hugh Pat Anderson and Clara (Harvey) Anderson.  She was married to William J. McGinnis on November 27, 1912 in Utica, Missouri.  Six daughters and two sons were born to this union.  One of them was William J. McGinnis, Jr.

Bill Jr. was born in Dawn, Missouri and spent all of his childhood days there graduating from Dawn HighSchool in 1942.  On March 11, 1943 he joined the U.S Navy.  During the war he served on the U.S.S. Curtiss which was involved in combat during the Pacific campaign.  He left military service in April of 1946.

Sometime in 1949, the elder McGinnis' moved to Warrensburg along with 24-year-old William Jr.  They joined the Sacred Heart Church.  On April 14, 1951 he married a local woman named Emma Bruch. 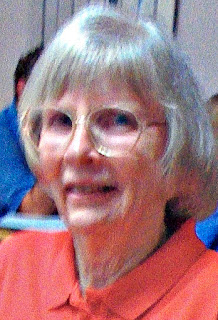 William and William Jr. opened McGinnis Auto Parts across from Electric Springs - the place where William Jr.'s new wife had grown up.  He ran that business for 41 years. 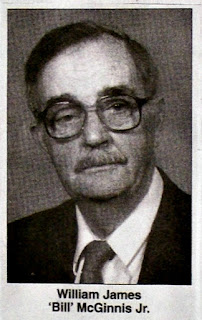 In 1962, the elder McGinnises celebrated their 50th wedding anniversary. 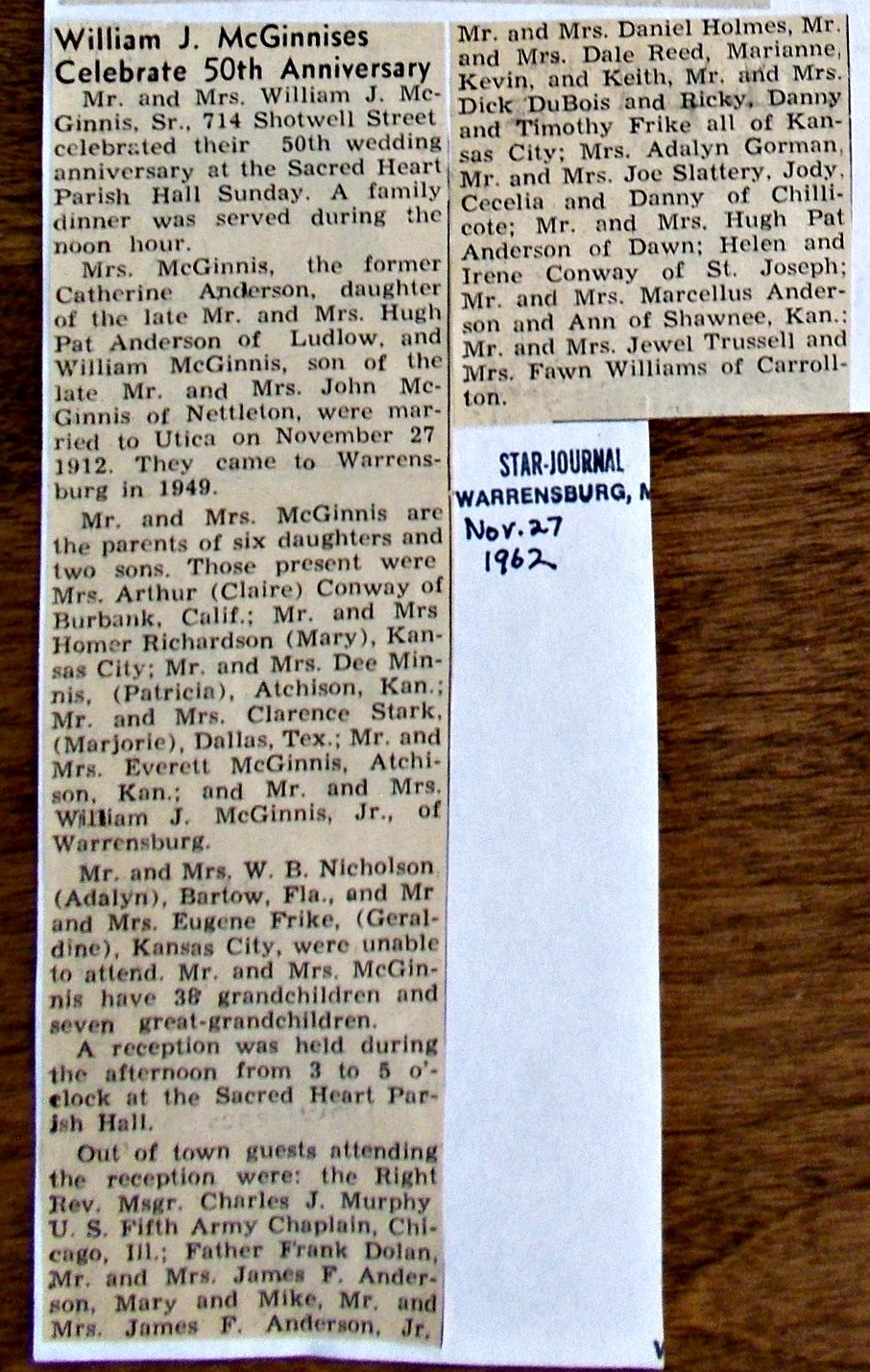 Mrs. Catherine McGinnis died March 16, 1975 at the age of 84.  She is buried in Sunset Hills Cemetery.  In June of that same year, William McGinnis III married Miss Nadine Margaret Gorman at the Sacred Heart Catholic Church.  Both the bride and groom were serving in the U.S. Navy.  The groom, however had plans to leave the service in the fall and enroll in San Jose, California, State University. 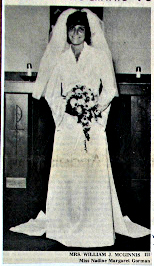 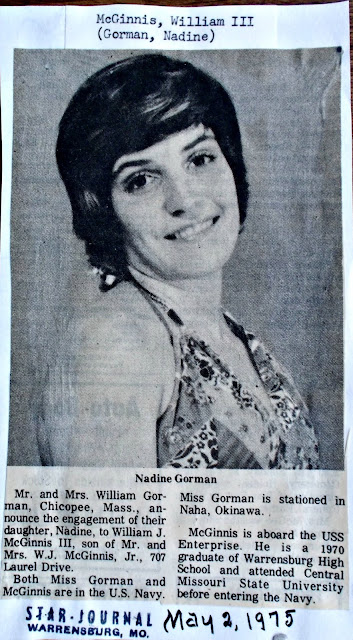 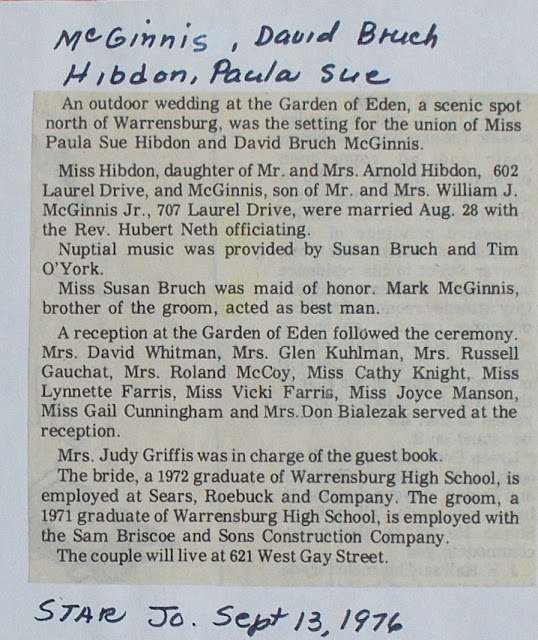 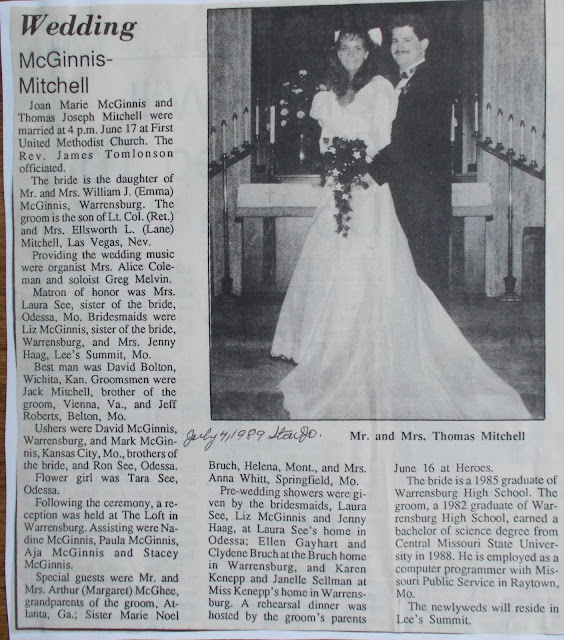 Trey McGinnis never came back to Johnson County to live.  After leaving the Navy he became a scientist gaining prominance in the field of molecular biology. 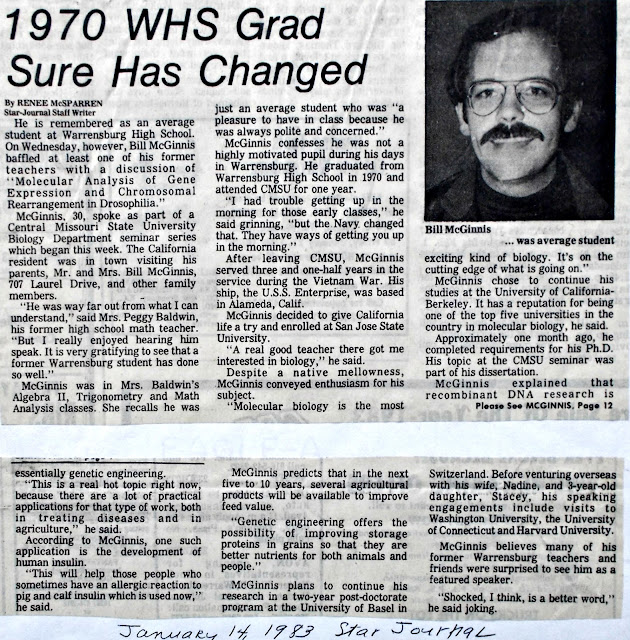 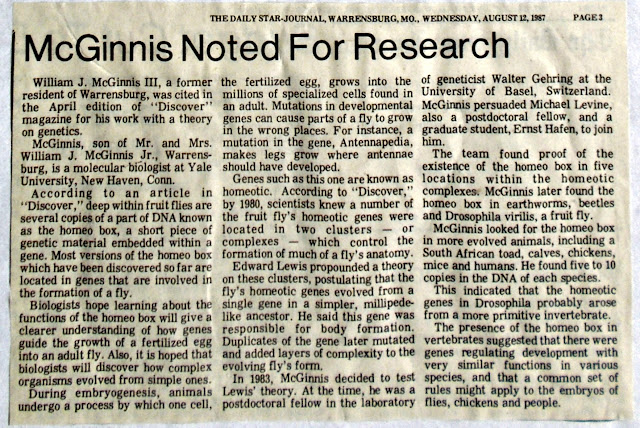 William McGinnis, Jr. passed away in April of 2008. 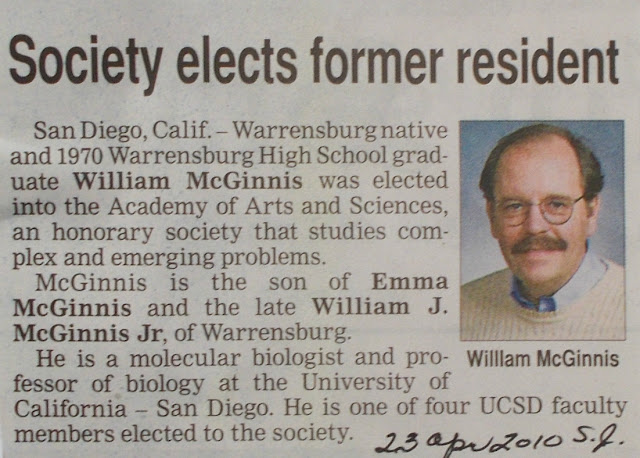 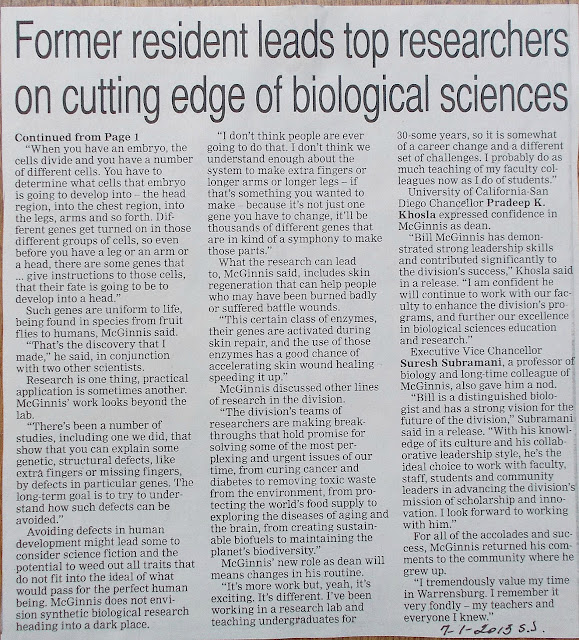 As of 2018, Emma McGinnis still lives in Warrensburg. 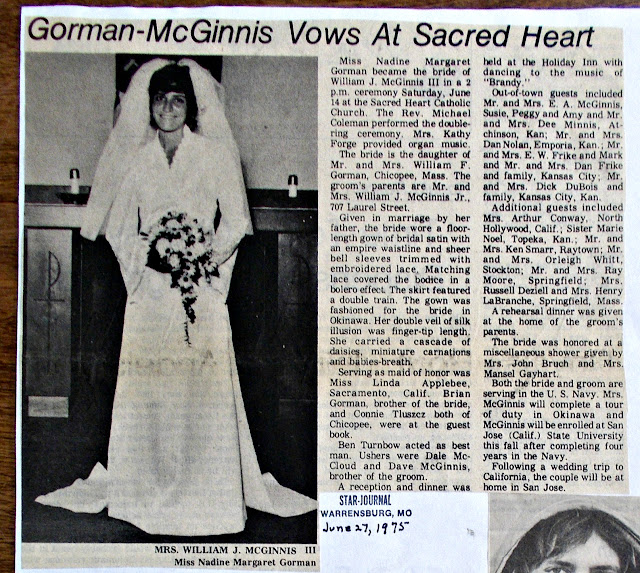