From the History of Johnson County, MO 1881
The county jail was not needed for several years after the settlement of the county, nor considered of much moment, on account of having but few nefarious persons to incarcerate, until 1846, when an appropriation was made, and a brick jail constructed, which stands in Old Town, and is now used for a dwelling. The jail was completed in 1847. John Price was the supervisor of the plan. The contractor, G. F. Brown, received $900 for his work. This building was abandoned, as unfit for use, in 1875. The sheriff remarked: "It is only fit to keep honest men." Since then a calaboose, vulgarly, called the "cooler," was erected near the present court house, and on the Fourth of July, 1875, received the first inmate for drunkenness. At present, a stockade surrounds the cell, so that criminals take exercise in beating up stones for grading the streets. A vote was taken Tuesday, April 2, 1881, for the purpose of appropriating $15,000 to build a jail, but it was lost. The vote stood 217 for, and 1645 against the appropriation. The jail is not sufficiently strong to inspire evil doers with much fear. The people need a jail. When this has been said, the subject has been fully exhausted.
The first jail was built in 1847 on the north side of the courthouse (old town). In December of 1846 the County Court ordered Sheriff John Price to make out and submit to the court by the following January a plan for constructing the jail. Price submitted the plans he was ordered to make and they were approved. 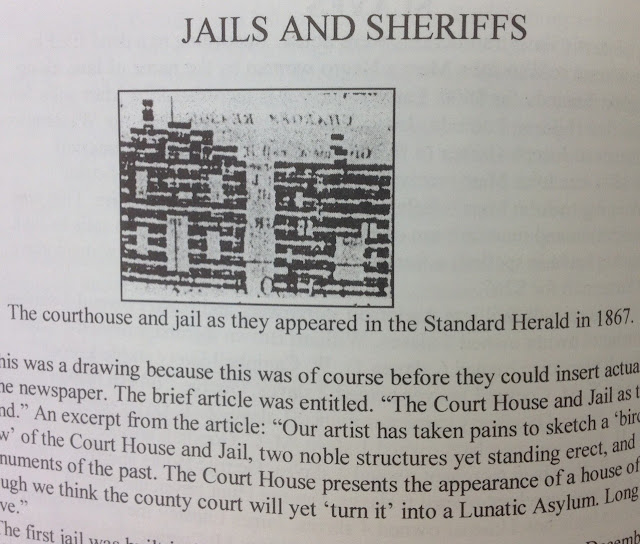 1867 Courthouse and Jail Johnson County, MO
The jail was to built twenty feet beyond the northwest corner of the Courthouse yard and about halfway between the north line of the Court House yard and Gay Street. Price was later ordered to have a kitchen and privy added to the plans. The building was a two-story brick structure. As with all buildings there were upkeep problems. In 1852 Sheriff Benjamin Grover was ordered to clean and repair the jail. 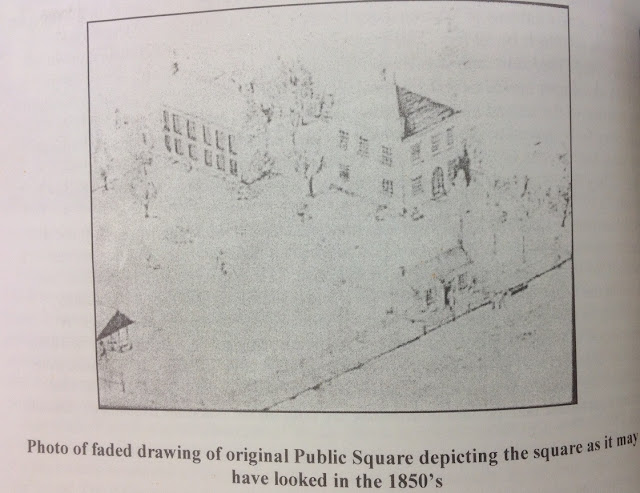 1850's Old Town Square, Warrensburg, MO
By 1867 the jail was declared unfit. The people wanted one made of stone because some of the prisoners were removing bricks to escape. The cell door was of wood covered inside by iron. Once an escape made by heating and melting the iron enough to make a hole and to get out. 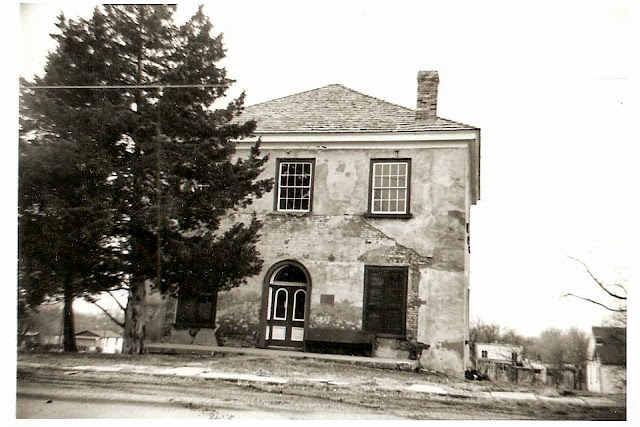 The Old Courthouse (1838-1871) still stands, carefully restored, in its original location on Main Street. The period courtroom and upstairs offices pay tribute to the brave pioneers who built it. The Trial of Old Drum, where George Graham Vest’s Eulogy on the Dog was delivered, took place in this courthouse in 1870.
In 1845 the sheriff was given an office in the courthouse called the Grand Jury Room.
In October 1869 the Sheriff's office was moved out of the courthouse to some apartments on Holden Street and in 1870 the sheriff's office as in the Empire Hall. Empire Hall Link The Old Jail was taken over during the Civil War as Union Quarters. By 1881, the original jail is a residence.
Actually the first jail was as the story goes was a wagon. Two men were accused of a crime and placed under an upturned double wagon bed with two guards to sit on the bed. The criminals would soon get thirsty and agreed to pay for a gallon of whisky if the guards would go and buy it, which they agreed to. It was supposed that that the guards imbibed a little too freely before reaching their prisoners. As any rate the next morning the sheriff on turning his jail up right, found the two guards there, still drunk and the "jail birds" had flown.
When Henry (Hagan) Russell was 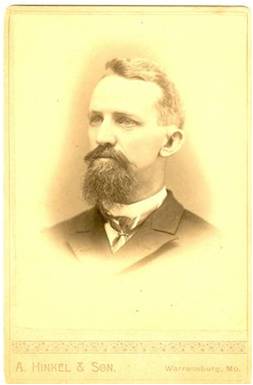 Sheriff Henry Hagan Russell, Johnson County, MO
1884 Solved Murder and Double Hanging by Sheriff Russell
sheriff they were the first family to live in the newly built jail with sheriff's quarters, built in the 1880's. (This is at 144 West Market @ Washington Street). 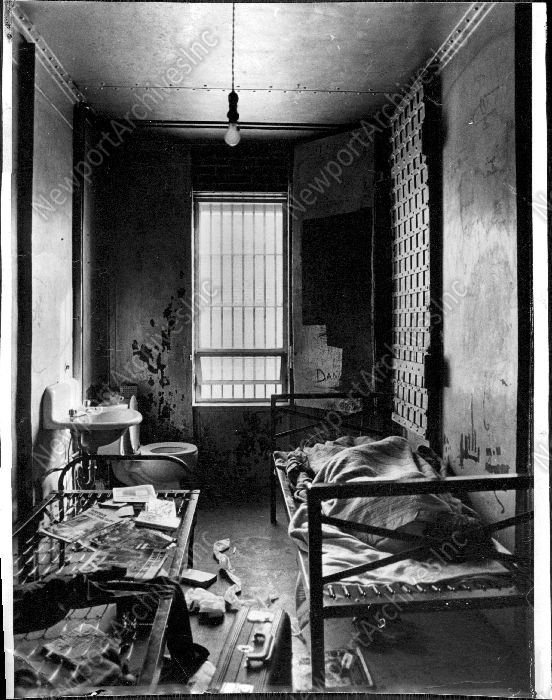 The Old Jail is the Middle Section of these buildings. Johnson County, Missouri
Henry was the father of Winfrey and Hawley Russell who started Russell Brothers (Clothing) Stores. (1915-1985)